Servane Escoffier: "We can’t wait to give him a hug" 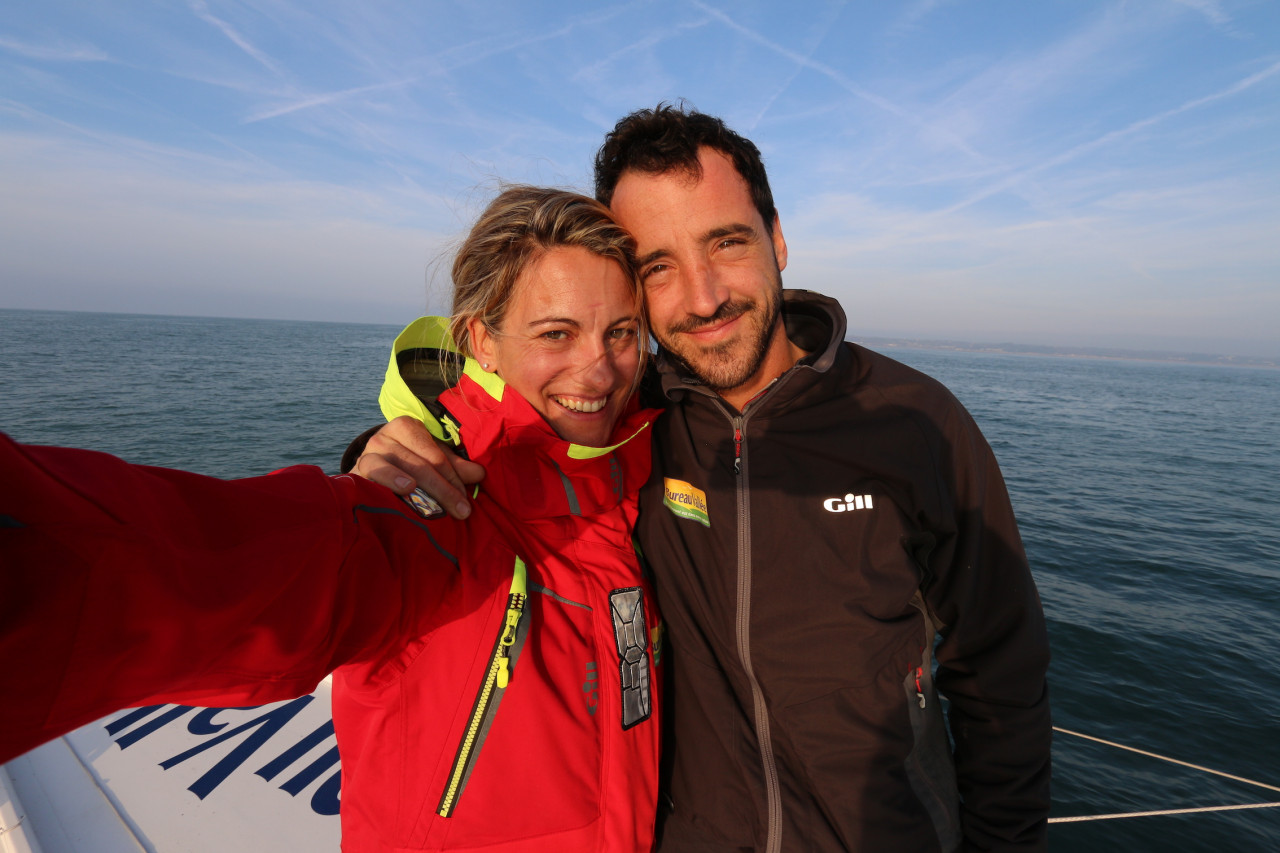 You don’t hear a lot about the home front during the Vendée Globe, but every IMOCA sailor trying to complete his or her dream on the world’s oceans right now has loved ones waiting for their safe return and following their every move.

None more so than Louis Burton who has been sailing an epic race on board Bureau Vallée 2, which has seen him in contention early on, then suffer serious autopilot trouble that led to a wild gybe in the southern ocean.

The resultant damage to his mast track plus halyard issues, forced the 35-year-old Frenchman, who was seventh in the last race, to drop back from the leading bunch and then sail into the lee of Macquarie island. There he repeatedly climbed his mast to make repairs while his boat sailed slowly downwind under jib alone.

By the time he had finished, the St Malo-based Burton – bruised and battered –was back in eleventh position and more than 900 miles behind the leaders. It looked like his race for a top-five finish was over, but he has sailed out of skin since then; he was sixth at Cape Horn and is now vying for the lead in second place alongside Charlie Dalin.

Supporting him through every step of this exceptionally tough road has been his wife Servane Escoffier. She hails from one of France’s great offshore racing families and is one of the most accomplished female ocean racing sailors in the sport with transatlantics and a two-handed round-the-world race to her name. She knows exactly what her husband has been up against and is clearly a force of positive energy whom Burton is only too happy to acknowledge.

During a radio call immediately after he completed his repairs off Macquarie Island a few weeks ago, he was asked about her. “My wife?”he said. “She is amazing, incredible and so is the team. I have their support day and night – it’s super-cool.”

So what has it been like for Escoffier – cousin of the PRB skipper Kevin Escoffier – during the past 70 days while Burton has been on the high seas, leaving her to take care of their two children, a boy of nine and a girl, aged seven.

She described a non-stop routine, seven-days-a-week. “I wear the hats of wife, mum, team manager and business owner,”she told the IMOCA Class. “On land, when Louis is here, we try to share the job and the children, but when he is at sea, it is not the same you know.”

“The most important thing,”she added, “is to try to be there for the children and make sure their life is not too rushed. Louis and I are really a team. With the technical team and the business team, I try to manage all the projects. I try to do my best. But, for sure, I make mistakes sometimes – I am stressed sometimes and sometimes I am calm, but I am so busy; I could be on the phone non-stop,”she adds laughing.

Escoffier, 39, said she and Burton rarely, if ever, speak on the satellite phone but prefer to use WhatsApp which, she says, has revolutionised her communications with her husband since the last Vendée Globe. Using the text service she is able to regularly update him on all the daily news concerning the children and their life at home.

“Louis is someone who is really focused when he is sailing,” she said. “But he likes to be in contact with the people he loves and likes, and with his sponsors too, so WhatsApp is really pretty cool.”

You can tell when talking to Escoffier just how tough it was for her husband when he had to stop and climb his rig, all the while fearing that his third Vendée Globe may be over after such a promising early phase at the helm of Armel Le Cléac’h’s old Banque Populaire VII. She helped him with encouragement, advice and support, but she says Burton is totally focused on the challenges he sets himself and was fully motivated to overcome his problems.

“I know my husband,” said Escoffier, who jointly runs a business with Burton that promotes young offshore sailors. “I know how he goes at everything, everyday in life and in his work – he is somebody who loves life and never stops – never. If he tries to do something, he does it 100%, so I know his strength of mind.”

Continuing that theme, Escoffier says she has not been surprised to see her husband fight back to the front of the fleet over the last few weeks. We asked her if she thought he could yet win the race, but she reckons that is not as important as reflecting on what he has already achieved. “In the current context, to be honest, Louis has already won, when you consider where he was to where he is now. The rest is a bonus,”she said.

In the meantime, Escoffier and the kids are eagerly awaiting their father’s return  to Les Sables d’Olonne. “While he is not here I try to take the pressure off him as much as possible,”she said. “I try to make him laugh and tell him, ‘OK, this last section is the icing on the cake.’ For sure we really, really want to hug him but there is maybe twelve days to go – we are like children with Christmas coming and with Santa coming home.”