The best is yet to come from HUGO BOSS – McDonald 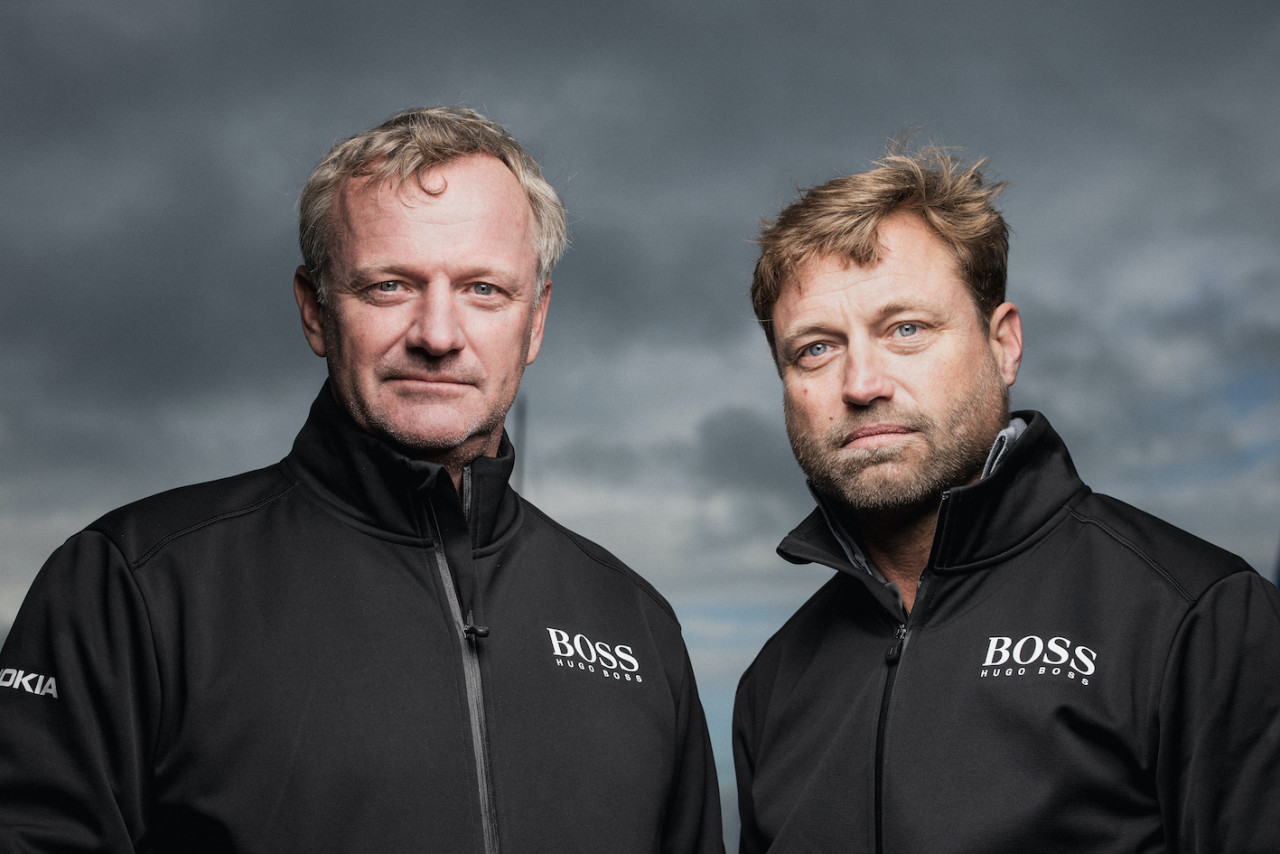 When you are the performance manager for Alex Thomson Racing's Vendée Globe campaign, all you can do now is sit at home and check the updates on the computer and hope all is well on the high seas for the British sailor who is continuing to lead the Vendée Globe after 12 days at sea.

Neal McDonald has been working with Thomson, on and off, for around five years. And the 57-year-old veteran of seven Whitbread and Volvo Ocean Race campaigns, plus Olympic and America’s Cup sailing, admits he finds it hard not being out there with Thomson helping to sail the black VPLP-designed rocket ship.

“To be honest,” he told the IMOCA Class from his home in the south of France, “it’s more stressful being at home. I still get up in the middle of the night, pretending I’m going to the toilet, but actually I’m having a look at my phone. It’s not relaxing and obviously it’s not physical, but I do have the benefit of understanding what they are going through…you live the race with for sure.”

McDonald is more than happy with the way the race has unfolded from Thomson’s point of view with the British skipper plotting his way through some complex and violent weather and emerging unscathed at the head of the fleet, as the boats continue south down the Brazilian coast.

He says the main emotion for Thomson at the moment is a sense of relief that all the team’s hopes on performance seem to be being vindicated. “I think he’s enjoying the competitive side of it,”said McDonald. “He’s enjoying seeing the boat where we wanted it to be and that’s a huge relief for him. It’s not just the last four years of work, but basically his life’s work in the sailing arena that’s got him to where he is now. I think a lot of it is the enjoyment part of it and a sense of relief that he has gone down the right path and he’s produced something that is as we expected it to be. Until you get into the race and get stuck into it, you don’t really know.”

McDonald says that while HUGO BOSS has shown itself to be competitive in most conditions that have been encountered so far, it has yet to perform in its best sailing conditions where McDonald believes it will really show its paces. “I don’t think the boat has been tested in the area that we are going to see the biggest gains,”he said, “that’s the exciting bit from where I sit. We haven’t seen continuous VMG downwind in medium winds which, I think, is where we’ll see some differences that I am keeping my fingers crossed will come good.”

There has been a lot of comment about the full-on strategy Thomson employed when tackling Tropical Storm Theta. Jean Le Cam apart, he went closest to the centre of the system to make a big gain on his pursuers. McDonald says this was not only the right approach for what was a relatively small storm cell but something Thomson has experienced before.

“It was not like the Southern Ocean where you are in a system, millions of miles away from land, for days and days on end,”he explained. “He was in the horror zone for maybe five or six hours and he was fully revved up for it. He was particularly conservative – I talked to him about it afterwards – and he described the sailplan – he was very, very conservative about what he had up."

“And he went into it with the knowledge that he had seen those conditions before. If he’d been rash with his sail plan, or it had been a different part of the world, then I would have looked at it differently. But I think he took it on knowing what he was getting into.”

McDonald added: “Some people say it was brave – it wasn’t brave, it was a calculated risk-gain, like most of the decisions he has to make and clearly, he came out with the right call.”

Thomson himself has spoken about the pressure he feels to win this race, after a long career in the IMOCA Class that has yet to see him stand on top of the podium and during which he has experienced all manner of setbacks and disasters. McDonald says the pressure to win is there but the British skipper is not desperate to do that. Rather the goal is to ensure he gives the race his best shot.

“There is pressure obviously, but he has always said – and I believe he means it and I think a lot of good sailors would feel the same way – that as long as he ends the race feeling he has done what he could do and hasn’t left any stones unturned, he’s going to be happy with that,” said McDonald.

As far as Thomson’s rivals are concerned, McDonald says that both Thomas Ruyant on Linked Out and Charlie Dalin on APIVIA have proved to be just as fast as the HUGO BOSS team expected. He says the one remaining Juan Kouyoumdjian-designed boat, Sébastien Simon’s ARKEA PAPREC (currently 10th), cannot be written off and “could still have its day.”

Although there have been varied conditions in the race to date, McDonald believes it is as yet still too early to know how the competitive order is going to shake out.

“We have seen a range of conditions but we haven’t seen all of those conditions for a long period of time, so I’m still going to wait and see how everybody sits,” he said. “It’s great being able to watch a race like this because from my point of view, it’s just wonderful seeing the data coming in and being able to understand how the boats are going.”