The match until the line 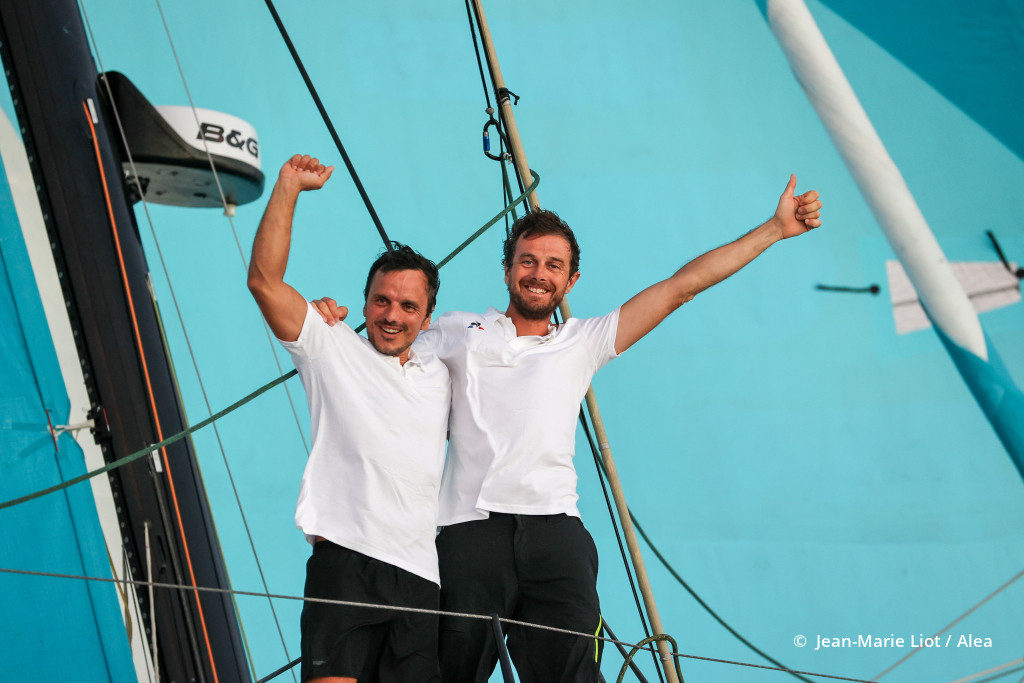 Time for Oceans crossed the line on Monday 29th November. The two skippers made their way through the light airs and attempted to catch up with the Kostum - Lantana Paysage duo, but despite their good speed between Fernando de Noronha and Martinique they did not quite make it.

Stéphane Le Diraison: "After 48 hours of racing, we were still off Lorient. We had the impression that we were doing a leg of the Solitaire du Figaro, playing around with the rocks and currents. It was very long because there were a lot of windless zones. The passage of the Canaries was formidable. We had to be patient and having Didac on board was very good for that because he is very calm.
The positive point is that we didn't damage anything on the boat, it is finally almost 100% optimised. We lost a battery at the start, which was more of a nuisance than a serious problem. The boat is going well, we advanced well between Fernando de Noronha and Martinique. There are some great phases, some large mistakes were made in the Canaries. The mistakes are very expensive because the crews are all well trained and the boats are well sailed, so as soon as we make a mistake, it shows.

The goal would have been to finish just ahead of Kostum - Lantana Paysage, so we are a little annoyed! (Laughs). Our goal was to make the boat go well, to make good trajectories. It was difficult to give a numerical objective as there are a lot of good boats. It was a great reward for us to manage to get back into the game after the Canaries and to claw back some places at the end.”