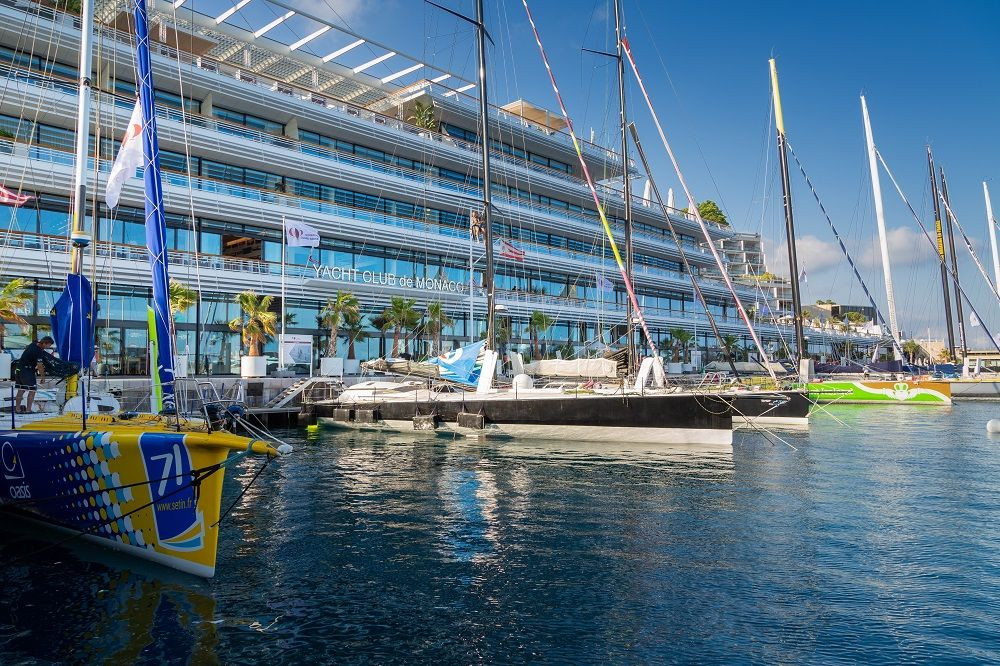 The Monaco Globe Series will start on Sunday (3rd June). This event is the first in the new IMOCA GLOBE SERIES world championship

The Monaco Globe Series will start on Sunday (3rd June). This event is the first in the new IMOCA GLOBE SERIES world championship, which is the result of a shared desire and a lot of work done over the past few months, spearheaded by the IMOCA Class and the organisers, OC Sport and the Saem Vendée. This is in fact the first time that the IMOCA class has joined up with race organisers to manage and jointly run the new class world championship. Six iconic ocean races (solo and double-handed) feature in the 2018-2021 calendar, with the possibility of an additional event being added in the spring of 2019. The cycle will of course come to a climax with the 2020-2021 Vendée Globe, at the end of which the IMOCA GLOBE SERIES world championship title will be awarded.
Joining together to develop synergies
For the IMOCA class, it was vital that race organisers, in particular the SAEM Vendée and OC Sport, came together with the class to manage, develop and promote its championship. “The Vendée Globe is a legendary race, the success of which was confirmed once again with the last edition. But between each Vendée Globe it is important that racers can offer their sponsors a set of top quality races that are clearly understood by the general public. That means allowing skippers racing in the Globe Series events to qualify and be selected for the next Vendée Globe,” explained Yves Auvinet, President of the SAEM Vendée.
“This synergy between the organisers and the IMOCA class is a first in the history of offshore sailing and shows a real desire to offer greater clarity to ocean racing. The IMOCA Globe Series will be an opportunity for the public to follow the skippers from the class over a 4-year cycle with major events each year. With this underlying theme, it should be possible to develop the reputation of both skippers and events,” explainedHervé Favre, joint CEO of OC Sport, the organiser of the Route du Rhum-Destination Guadeloupe and The Transat. Following in the footsteps of the Monaco Yacht Club, other organisers are likely to join in with the IMOCA GLOBE SERIES Championship.
Sharing the same mindset, the same desire and being ready to work together should ensure that they will soon be able to make a very innovative commercial offer to enable this new championship to find a headline partner.
Better promotion of the events and making them more attractive
This new championship aims to create a link between a set of attractive races in order to encourage sailors to race more often. As Antoine Mermod, President of the IMOCA class explains, “For us, it is important to extract more value from the calendar around our headline event, the Vendée Globe. That should help the skippers and their partners get a better return on their investment, while guaranteeing very high quality races for the sportsmen, media and the general public.”

Qualifying races for the Vendée Globe
The events in the IMOCA GLOBE SERIES are presented in the Notice of Race for the Vendée Globe as qualifiers and as a method of selection for the 2020 edition. In practice this means that qualified sailors who clock up the most miles in the races included in this championship will earn their entry ticket for the non-stop solo round the world race.

Two major races scheduled each year
The 18 sailors competing in the Monaco Globe Series, a brand new 1300-mile race around the Mediterranean, will be launching the new IMOCA GLOBE SERIES world championship. Two events sailed solo or double-handed will be counted each year until the 2020-2021 Vendée Globe. On the 2018 calendar, there is the new event in Monaco, then the Route du Rhum-Destination Guadeloupe. The 2019 season will start with a first race in the spring, which will be announced shortly, then the Transat Jacques Vabre in November. Finally, in 2020, the skippers will compete in The Transat and then the New York-Vendée transatlantic race before lining up for the Vendée Globe at the end of which we will discover the name of the IMOCA world champion for the 2018-2021 period. The IMOCA GLOBE SERIES rankings will be based on a points system with races each given a certain weighting.
Share
Facebook Twitter LinkedIn