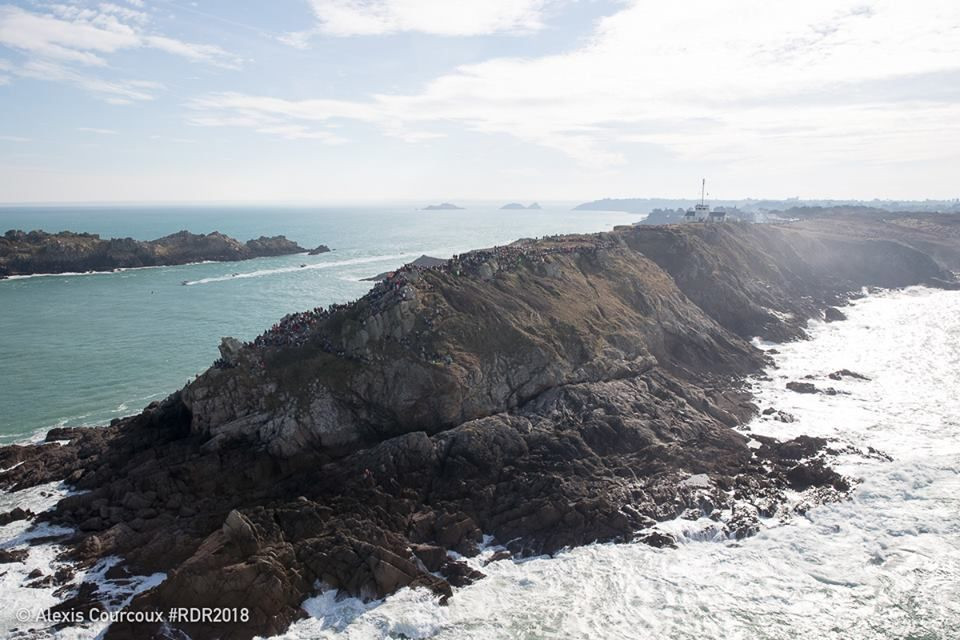 On Saturday 3rd August, 21 double-handed crews will set sail from Cowes (Isle of Wight) aboard IMOCAs for the start of the 48th Rolex Fastnet Race, an ocean racing classic which sees hundreds of boats competing every other year.

On Saturday 3rd August, 21 double-handed crews will set sail from Cowes (Isle of Wight) aboard IMOCAs for the start of the 48th Rolex Fastnet Race, an ocean racing classic which sees hundreds of boats competing every other year. There has never been such a huge number of IMOCAs sailing this 608-mile course to Plymouth via the Fastnet Rock.

Included in the Globe Series, the Rolex Fastnet Race will enable sailors to earn points in the championship and to clock up more miles to be selected for the Vendée Globe. We can look forward to some closely fought battles throughout the fleet. Who will follow in the footsteps of Paul Meilhat and Gwénolé Gahinet, the winners back in 2017? We’ll find out in early August.

4 minutes and 37 seconds. That was how long it took on 7th January to fill up all 340 places available in the IRC fleet in the famous Rolex Fastnet Race. This number proves just how attractive this biennial event created in 1925 really is. The IMOCA class negotiated with the Royal Ocean Racing Club (RORC) to obtain twenty places with the possibility for skippers to sign up until 15th February. There will in fact be 25 double-handed crews setting sail from Cowes on Saturday 3rd August. To ensure a fair playing field within the framework of the Globe Series, the boats will be measured and given a weighting and checks will be carried out on their safety gear. To avoid any risk of collision, these boats, which accelerate away so incredibly quickly, will have their own start time, setting sail before most of the fleet.

Practically all of the IMOCAs competing in the Transat Jacques Vabre will be competing in the Rolex Fastnet Race. In short, only a few brand new boats will be missing. The number of IMOCAs registered for the British classic is quite impressive. In comparison, there were nine in the previous edition in 2017. The fact that the event is part of the Globe Series, the class’s world championship, has a lot to do with this enthusiasm. The winner of this race given a weighting of two will earn themselves a precious 50 points. Sailors who are involved in the selection process for the Vendée Globe will want to complete the race to clock up some valuable qualifying miles for the Vendée Globe.

Everyone will be closely watching the performance of two brand new IMOCAs from the latest generation, as they will be taking part in their first race. Alex Thomson will be trying out his new Hugo Boss, which we imagine will be absolutely incredible, while the duo formed by Sébastien Simon/Vincent Riou will be competing aboard the brand new Arkea-Paprec. The Rolex Fastnet Race will also offer a baptism of fire in the IMOCA class to Kevin Escoffier (PRB) and Clarisse Crémer (Banque Populaire), who will be able to count on some precious support from Armel Le Cléac’h.

Getting used to double-handed sailing on a demanding course

In this closely fought contest, the outcome will be down to details. This strategic race means they have to deal well with the currents and local effects along the south coast of Britain. There is also an offshore phase, as they head up to the emblematic Fastnet Rock off the south of Ireland, where the wind and sea conditions can be quite nasty. This ocean sprint will offer no respite to the competitors. Two years ago, Paul Meilhat and Gwénolé Gahinet won the race after 2 days, 16 hours and 14 minutes after a hard fought battle.

With the solo Bermuda 1000 Race taking place in early May, the Rolex Fastnet Race will be the major double-handed event before the Transat Jacques Vabre. That is why Sylvie Viant, the Race Director for the transatlantic race between Le Havre and Salvador da Bahia, will be closely watching the British race: “We know that the sailors competing have a lot of experience, but the double-handed crews need to work well together and put up with each other. The Transat Jacques Vabre is a long and complicated race. We have already seen some pairs that just don’t get on and have thrown in the towel in Brest. It is very important that they have already sailed together before on shorter yet demanding courses. For some crews, the Rolex Fastnet Race will be their first reference race. This will be an important event for them, as will the Azimut Challenge in September. The more the double-handed crews sail before the Transat Jacques Vabre, the more likely they will do well and the better the race.”