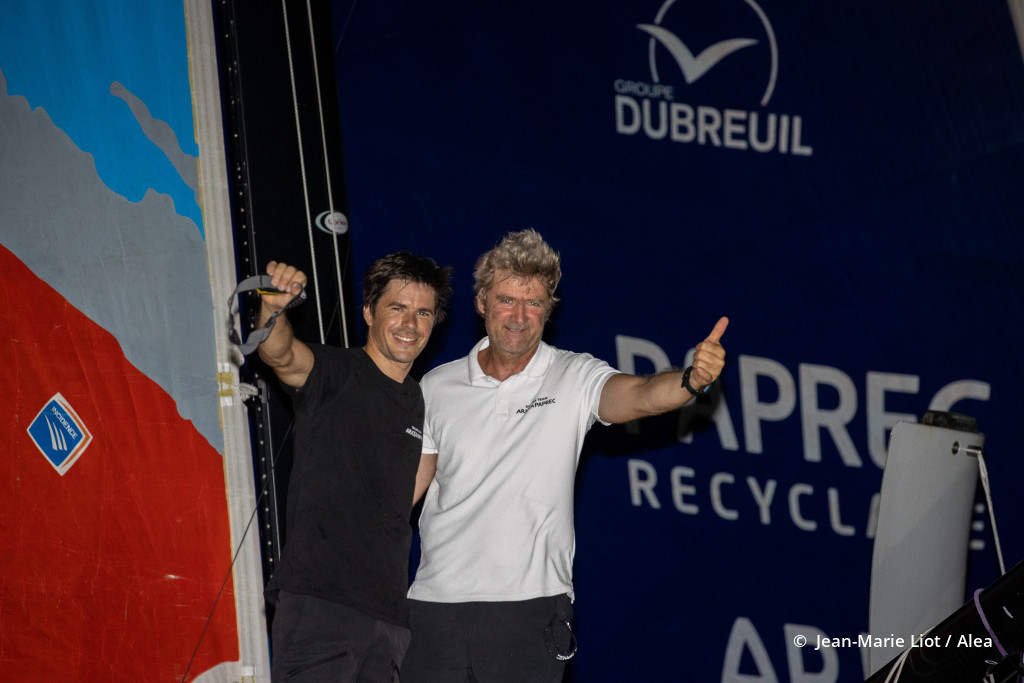 The satisfied pair arrived at the Fort-de-France dock early this morning after 20 days of challenging conditions on the Atlantic. Rest in Martinique will only be brief for Sebastien as he plans to make a quick turn around and sail back to France tomorrow. Here are a few snippets from the pontoon in Martinique.

Sébastien Simon - "I think we deserve this fourth place and I think it's ours. We fought hard for it. We tried to play with the podium, but they were too fast.

It was a good race, quite exciting, with a lot of options to take. We tried to make this boat work properly. I think we made good progress with this boat, especially with Yann. We managed to get her to this fourth place, and we can be proud of that. On the first night we lost a sail, which handicapped us a little bit, but that didn't stop us from being at the front of the fleet until the end.

The latest generation of boats have made a lot of progress and we're arriving with a boat that has been made more reliable, which is already a great improvement on what we've experienced. The podium has raised the level even further. They are managing to make average speeds of 26 knots, which is huge. We are not there yet hopefully soon. We can be proud of our course, the trajectories. It wasn't an easy race because it was starting from the front and coming back from the back."

Yann Eliès - "The first three were above the rest, not necessarily only in speed, but also in strategy. Things went better for them from Cape Verde onwards. We are happy to have managed to save our place. It's a relief this morning because for several days we'd been feeling the competitors coming up behind us, and we were running into a windless zone. It wasn't easy because there was a great crew behind us with Sam Davies and Nico Lunven, who sailed well. They deserved 4th place as much as we did.

This race was not particularly difficult because we had relatively mild conditions. The exit from the English Channel and the passage of Cape Verde were not to be missed. The Doldrums were easy, but the heat made us suffer. We felt like we were in the doldrums twice a day with a lot of gybing to do."