Alan Roura and La Fabrique, the fabric of success 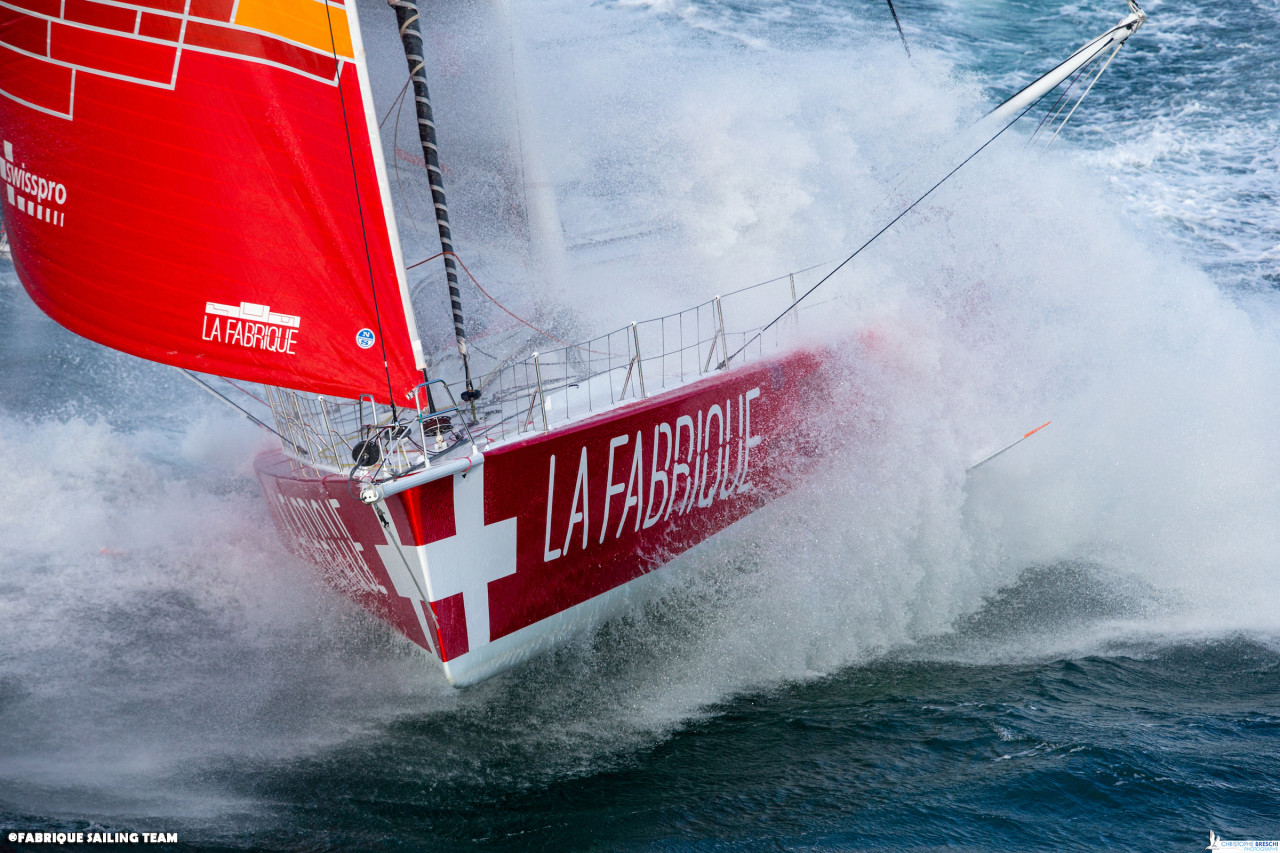 Twelfth in the 2016-2017 race aboard one of the oldest IMOCAs in the fleet, the Swiss sailor has been sailing since then with a foiler allowing him to develop his skills and improve his performance...

Alan Roura’s second campaign for the Vendée Globe is characterised by a huge leap forward. Twelfth in the 2016-2017 race aboard one of the oldest IMOCAs in the fleet, the Swiss sailor has been sailing since then with a foiler allowing him to develop his skills and improve his performance. After finishing seventh in the 2018 Route du Rhum, Alan has chosen Sébastien Audigane as his co-skipper for the 2019 season, which includes a lot of double-handed sailing. The skipper of La Fabrique is expecting a lot from this joint effort.

A winter refit in the spring is not that common. But that is what Alan Roura and his team have chosen to do, going about things in a different order from the others in the IMOCA class. On Tuesday 19th March, La Fabrique was taken out of the water to spend two and a half months in the yard in Lorient. “Since finishing the Route du Rhum (19th November), we have spent all our time sailing and the boat has certainly covered a lot of miles,” Alan was pleased to tell us. “Firstly, we delivered her back home fromGuadeloupe with my little team. The Rhum was the first major offshore test with the foils and in spite of that, my IMOCA arrived in Lorient in very good condition. We then took advantage of the winter weather and some rough conditions off Brittany to test her, pushing her hard and carrying out various trials. We don’t have any regrets about the schedule.”

Clearly thrilled by what he learnt during these winter trips, Alan Roura does not want to say too much about the work they are currently undertaking aboard La Fabrique, apart from telling us that the ballast tanks have been modified and the sail plan optimised. “We’re doing a lot of top secret stuff!,” smiled Alan. “With the naked eye, the changes may not be that obvious, but they will enhance the performance of the boat. You never finish preparing such a boat, but at the end of this refit, we will have completed all of the modifications we intended to carry out on this IMOCA. She is due to be relaunched on 3rd June. The goal is for La Fabrique to come out of the yard in her Vendée Globe version.”

Last year, five and a half months of work were carried out to fit foils to this 2007 Finot-Conq designed boat (the former BritAir aboard which Armel Le Cléac'h finished in second place in the 2008 Vendée Globe). “The boat’s evolution has been incredible and she is not the same boat any more,” explained Alan. “There have been huge gains inperformance and stability. We acquired this IMOCA with the aim of fitting her with foils to get some good results.” Very pleased about the way his boat behaves, Alan is not planning to change her foils. “In any case, that would cost afortune. We have a limited budget and have to adapt to that,” he added.

“Delighted and honoured to be sailing with Sébastien Audigane”

One of the consequences of this late refit is that Alan Roura will not be able to take part in the Bermuda 1000 Race (start on 8th May), the only solo race in the Globe Series in 2019. The Swiss sailor is therefore staking everything on double-handed racing, which makes it all the more important to sail with a good co-skipper. He quite naturally chose a sailor, who is 25 years older than him with some exceptional experience under his belt, Sébastien Audigane. Twice holder of the Jules Verne Trophy and the North Atlantic record, Audigane has rounded Cape Horn six times – among other feats. His experience in IMOCA sailing is significant, having taken part twice in the Barcelona World Race (the double-handed round the world race) and finishing ninth in the 2007 Transat Jacques Vabre with Yann Eliès. “My goal is to improve as I prepare for theVendée Globe and Sébastien is keen to pass on his knowledge, so that works out well!” stressed Alan Roura. “Seb knows the boat well (he finished in sixth place in the 2014-2015 Barcelona World Race aboard her with Jörg Riechers) and knows some of the team. I love him as a person, as he remains calm and is kind. We are on the same wavelength and have the same way of sailing, listening to the boat. In terms of racing, I have so much to learn from him. He doesn’t just have a lot of experience of sailing IMOCAs, but a good all-round vision of ocean-racing boats. I’m delighted and honoured to be sailing with such a sailor and a good teacher. I’ll be making the most of him being alongside me.”

Alan and Sébastien will take part in the Rolex Fastnet Race, the Azimut Challenge and the Transat Jacques Vabre, which is the climax of the season. “We are aiming for the top ten in this race. It’s not going to be easy, as there is a top quality line-up with in particular, some brand new boats arriving, and others that have been thoroughly modified,” said Alan. “We would like to be the first boat to finish from the 2008 Vendée Globe. La Fabrique also has the potential to do well against some more recent IMOCAs.”

Everything will happen very quickly after the Transat Jacques Vabre. 2020 looks like being a busy year coming to a climax with the start of the Vendée Globe on 8th November. “The calendar is packed with in particular two solo transatlantic races close to each other, The Transat and the New York-Vendée,” explained Alan Roura. “We will sail between ten and fifteen thousand miles before theVendée Globe. We’re going to have to be careful not to push the boat too far before the round the world race.”

The Ocean Race on the back of his mind...

It is hard to look further ahead and the period after the Vendée Globe, as this race is so big. Alan does however have one thing on the back of his mind and that is the possibility of launching a project for The Ocean Race, the crewed round the world race with stopovers, which will begin in October 2021. “That is not our priority for now, but it is very tempting, of course,” he admitted.