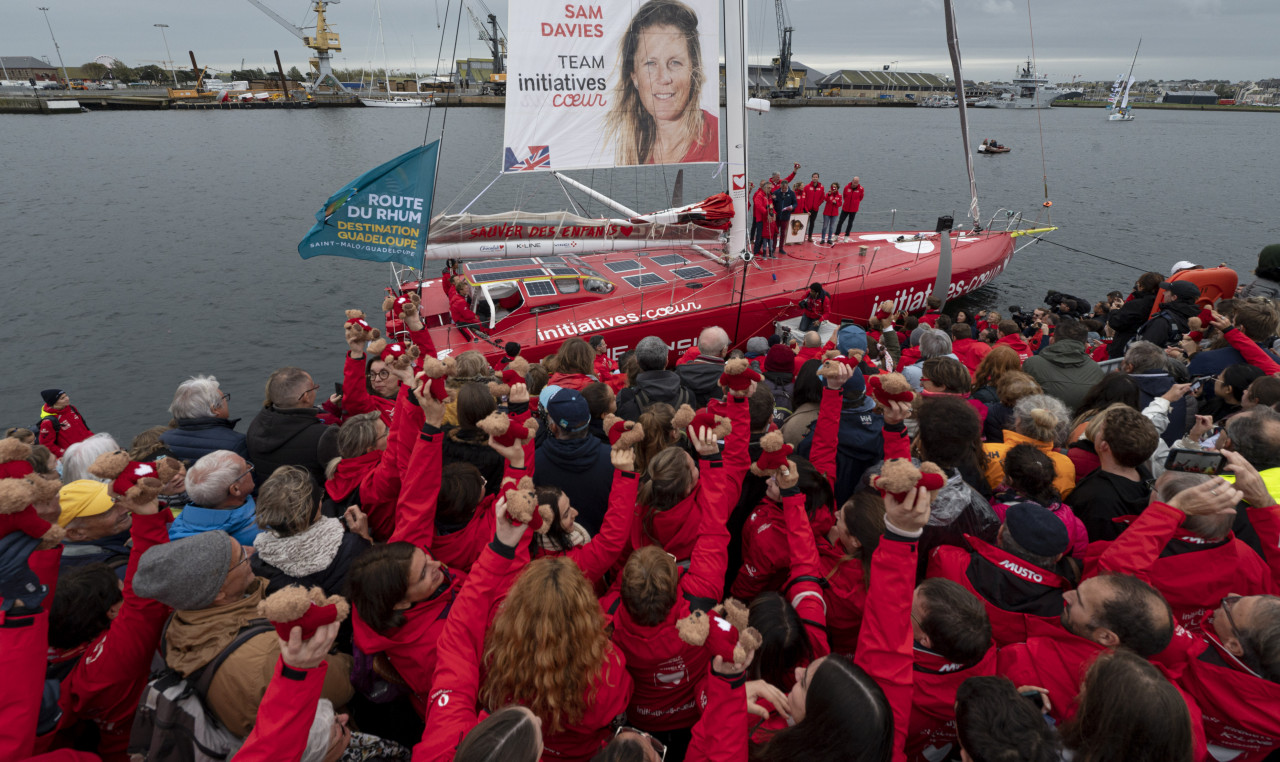 French actor François Damiens and the winner of the 1990 Vendée Globe, Titouan Lamazou were also present. Pesquet and Renoux did not however smash the usual bottle of champagne. It was a young child saved by the Chirurgie Cardiaque charity, Dibi, who smashed a balloon full of water on the boat.