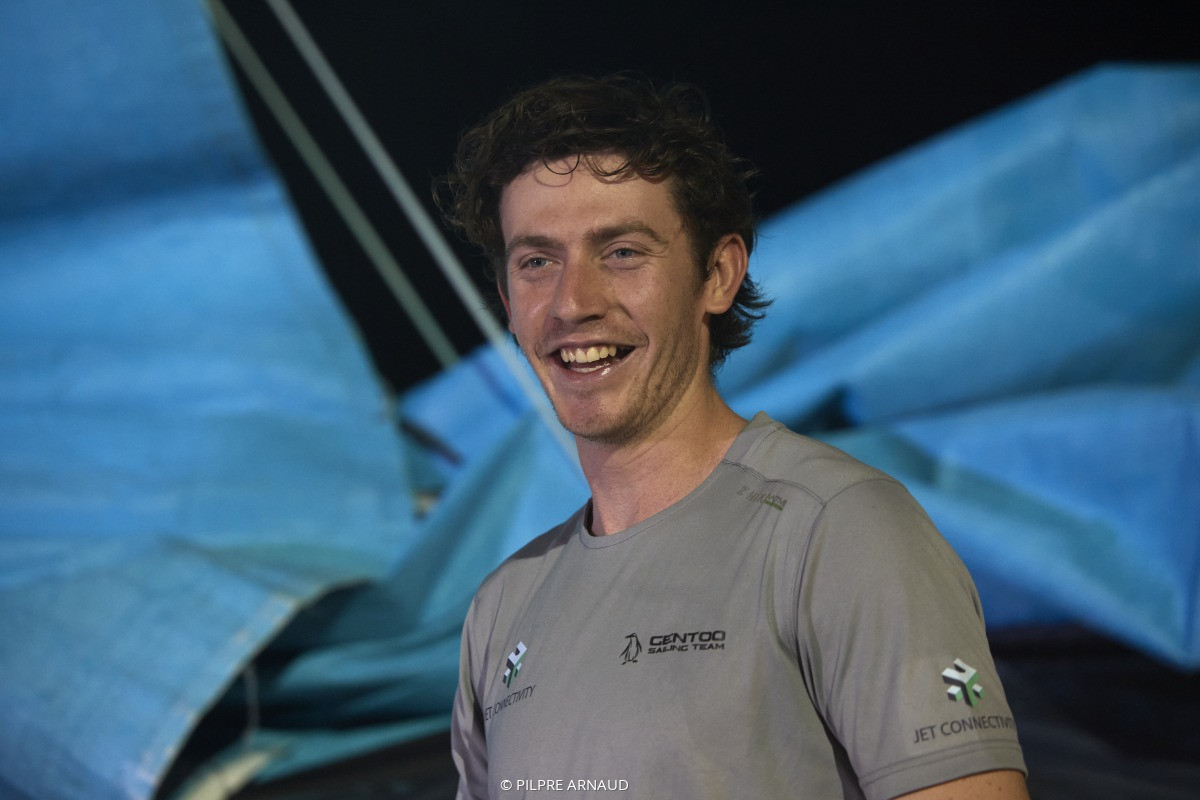 Harayda receives two hours of compensated time as he diverted to help fellow skipper Fabrice Amedeo whose IMOCA caught fire and sank. He was stood down before he reached the zone but was given redress for his actions.

Considering the young, ambitious Harayda only launched his IMOCA programme in April when he purchased Stephen Le Diraison’s Finot-Conq designed A Time for Oceans and his only previous solo race was the September’s 48 Heures Azimut warm up race, his 14th place today is a very promising start to a long term campaign which he hopes will take him beyond the 2024 Vendée Globe to new boat programme for 2028.

Harayda grew up sailing dinghies and small sports keelboats in Singapore before moving to crewed racing on the major classics like the Sydney Hobart, the Middle Sea Race and the Caribbean 600. On hearing that a mixed doubles Olympic offshore discipline was slated for the 2024 Olympics he launched a campaign, Gentoo Racing, with British record-breaking yachtswoman Dee Caffari. They raced offshore for two years on a SunFast 3300. But when the discipline was then voted off the proposed Olympic roster, Harayda changed course.

Following in depth conversations with Caffari and Alex Thomson he decided the Vendée Globe should be the aim.

He has sailed a course which belies his years, making prudent early choices to stay south out of the worst of the first cold fronts but then moving slightly west of his rivals after the Azores before pushing the reliable, ‘bullet proof’ straight daggerboard boat hard in the tradewinds. By the Tete-a-L’Anglais mark at the north of Guadeloupe early this evening Harayda was up to 14th. He then sailed one of this race’s most accomplished passages round Basse Terre, hardly slowing at all during the Caribbean night’s light winds, the cherry on the top of a very strong first Route du Rhum which, all things considered.