Caudrelier praises Dalin’s control at the front of the race 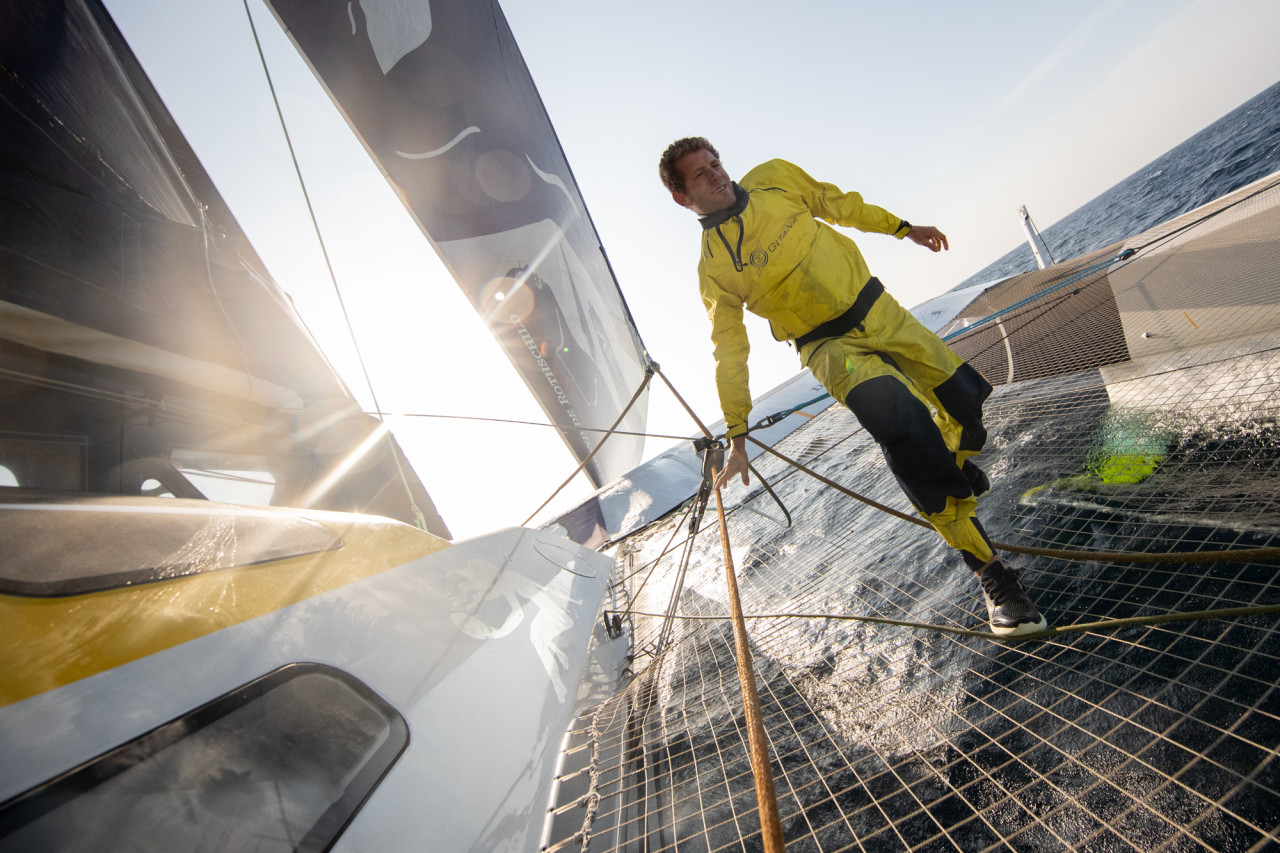 Charlie Dalin is sailing a smart, controlled and measured race on the Guillaume Verdier-designed foiler Apivia, and the fact that he has been leading the Vendée Globe for more than two weeks should come as no surprise.

Those are the thoughts of Charles Caudrelier, the co-skipper of the mega-trimaran Maxi Edmond de Rothschild and the man who skippered Dongfeng Race Team to victory in the last Volvo Ocean Race.

Caudrelier says Dalin is showing the ability to sail at the front at a sustainable pace. He believes this reflects not only Dalin’s own strategic understanding of how to pace himself, but also the influence of François Gabart and his MerConcept team who have managed the Apivia campaign.

“I think Charlie is a smart guy and then he has the experience of François and all the Gabart team behind him,”Caudrelier told the IMOCA class website. “He really had a clear idea how he wanted to manage the race and he’s been doing that since the start and he’s doing well. For sure he’s been lucky not to have hit anything, but I think he has been sailing very smart.”

Caudrelier who, alongside Franck Cammas and their crew, will go back on standby this weekend for a second go at the Jules Verne record, says it was noticeable how conservatively Dalin sailed around the first two big storms of the race in the Atlantic, while others around him were taking more risks.

“I think he knows that in storm conditions he has to be careful because it is dangerous for his boat because it can go too fast,”said Caudrelier. “He knows he has to be patient and then, when conditions are better, he can push and be faster than the boats with daggerboards, while Thomas (Ruyant in second place on LinkedOut) has a half-foiling boat."

“Maybe Charlie has problems that we don’t know about,”he added, “but it looks like he has his boat in perfect condition which is a big advantage compared to all his opponents.”

Caudrelier has found it fascinating watching the race unfold and how well the older boats have done while many of the newest foilers have had trouble. He makes a very interesting point, that this Vendée Globe is underlining that the nature of the sailor on board is generally more important in terms of performance than the nature of the boat he or she is sailing.

We asked him about Damien Seguin and Caudrelier seemed not the least bit surprised to see him doing so well on Groupe APICIL and holding his own in an older daggerboard boat against the new foilers. Caudrelier says that Seguin and Yoann Richomme did a great job in preparation for the race and that Seguin has very effectively upgraded what was a very poor boat, originally built in 2007.

Damien has worked with Yoann and I think they have been very smart and yes, Damien has been quite impressive,” he said. “We know that he is a very good sailor and he’s a very tough guy…that’s what you see in the Vendée Globe.”

Of course Caudrelier was extremely concerned when his friend and former crewmate from Dongfeng Race Team, Kevin Escoffier, was in his liferaft. In fact Caudrelier said there was a period, before Jean Le Cam reported that he had seen Escoffier for the first time, when Caudrelier was worried that Escoffier had failed to make it safely into his raft, so little time did he have to evacuate from PRB.

“I had moments of stress because I did not understand why he was in the liferaft without communication,” said Caudrelier. “Of course we later found out that he had had no time to take the grab-bag which is completely incredible considering it would have already been in a good position on board to be picked up fast. I mean ‘wow!’ – he had no time to take the grab-bag…”

The Gitana Team co-skipper praised Le Cam for his rescue of Escoffier. “Jean really did an amazing job to manage to get close to the liferaft without damaging it and without damaging Kevin,” he said.

So will Caudrelier be on the startline of a future Vendée Globe, a race he has yet to enter? The man himself, at the grand old age of 45, reckons he might be too old to take the start as a potential winner. But the adventure of the race and the chance of a podium finish still draws him to it.

“I will want to do it as an adventure and experience for me, although maybe I will be too old to pretend to win,” he said. “But I would love to challenge myself without winning – even if Jean le Cam shows us that you can have an older boat and be older than everybody and still do very well.”

Following repairs to the port-side foil of Maxi Edmond de Rothschild, the Gitana team will go back on standby for the Jules Verne from this weekend, though Caudrelier says there is no weather window until at least the middle of next week. He said that during the first attempt, which they aborted after three days when the boat hit something in the water, the big tri had been going well but the weather picture was not as favourable as the routing had suggested.

Caudrelier says he and Franck Cammas have established a goal of – ideally – being two days ahead of IDEC’s record pace at the Cape of Good Hope, in order to have any chance of reaching Cape Horn on record pace. He points out that although Thomas Coville and the crew of Sodebo are currently 300 miles ahead of the record right now, just after entering the southern Indian ocean, this may not be enough to match Francis Joyon’s remarkable speeds and course through the big south.

“People think Sodebo is very advanced as against IDEC,” he explained,“but actually IDEC did a very poor Atlantic going south – he took 13 days – but after that he smashed the Indian ocean record and for the Pacific he also had the best time. So he gained a lot in this section – he just simply went straight, whereas everyone else has to gybe and sail downwind.”

Caudrelier repeatedly made the point that this record – at 40 days and 23 hours – is very tough to beat. But he is giving it his all. “That’s my only goal and today I am only focused on that,” he said. “I know I am so lucky to be on this amazing boat.”