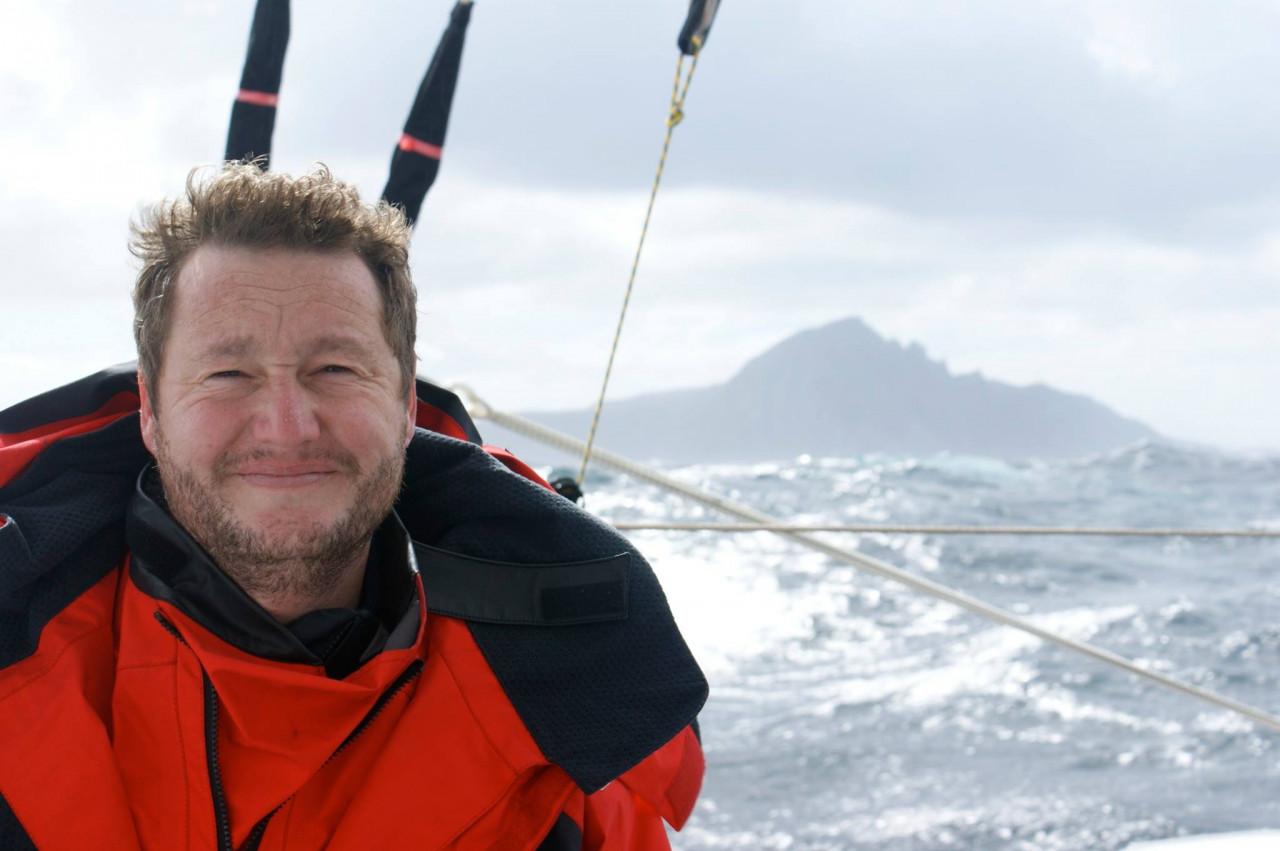 Charles Darbyshire is steeped in solo ocean racing, having run the Artemis Offshore Academy in the UK between 2009 and 2016, a programme that helped in the careers of young solo racers like Sam Goodchild, Jack Bouttell, Phil Sharp and Alan Roberts.

Charles Darbyshire is steeped in solo ocean racing, having run the Artemis Offshore Academy in the UK between 2009 and 2016, a programme that helped in the careers of young solo racers like Sam Goodchild, Jack Bouttell, Phil Sharp and Alan Roberts.

Darbyshire was also on the shore team for Seb Josse’s 2008-09 Vendée Globe campaign on board BT and has taken a keen interest in the Vendée Globe over many years. In this race the boat that has caught his eye is Sam Manuard’s first and only IMOCA design – L’Occitane en Provence. He has been mightily impressed with its performance, once skipper Armel Tripon overcame his early troubles with a halyard lock and then getting stuck in light airs afterwards.

Darbyshire says that if he was thinking of entering a team in the Ocean Race in the IMOCA Class, then Manuard would definitely be on his call list of possible naval architects. “It’s hard to ignore the performance of this boat,”he told the IMOCA Class website. “It’s a special boat with a scow shaped hull. It perhaps isn’t the prettiest of boats, but actually when you see it sailing there is definitely some elegance to it.”

Before the start, the Manuard design had impressed with its sheer speed on flat water and Darbyshire wanted to see how it behaved in more varied conditions and now he is beginning to get the perspective he was looking for. “In the pre-start testing – and of course there wasn’t very much of it for this generation of new boats – she looked really quick but it was mainly only on flat water. So there was a risk that this was a flat water only rocket-ship. But that doesn’t seem to be the case."

“Armel has been playing catch-up after falling off the back of the weather system in the early stages,” Darbyshire added, “and it’s been extraordinary watching him sailing two or three knots faster than the backmarkers. Then he caught and passed Pip Hare and he just started smoking from there. In the Southern Ocean, he’s looked pretty comfortable in the heavier conditions as well.”

Like many other race followers, Darbyshire has been impressed too by the performance of sailors in older boats and especially the trio sailing non-foilers in the pack just behind the leaders – Jean Le Cam in fourth place on Yes We Cam!, Damien Seguin in fifth on Groupe APICIL and Benjamin Dutreux in sixth position on OMIA-Water Family. Each of these IMOCA 60s were built either in 2006 or 2007.

The lesson Darbyshire takes from this – and taking into account the difficulties the newer boats have experienced – is that IMOCAs take time to become battle-hardened and race-ready. “What this says to me is that it’s almost not so much about the longevity of these boats, but the fact that it can take four or five years for IMOCAs to reach technical maturity – the length of time required for the boats to be durable,” he said.

As much as he is impressed by Le Cam et al, Maxime Sorel has also caught his eye on V And B - Mayenne, currently on his own in 11th position, about 850 miles off the lead. “It’s been nice to see someone new to the class sailing very, very competently and safely – I think he is quietly sailing a very good race,” said Darbyshire.

The absence at the head of the fleet of Charal and HUGO BOSS, Darbyshire believes, has allowed unexpected faces to come to the front and made for a tighter race. Among those who have benefitted is the new race leader Yannick Bestaven who Darbyshire says has earned every right to be there.

“He is a surprise at the front but this was a smart purchase of a very good boat,” he said. “He has obviously taken over the sponsor in Maître CoQ IV that had previously backed Jérémie Beyou – a good Vendée-headquartered company. Bestaven had not necessarily set the world on fire previously, but he is a tremendously experienced sailor. I think perhaps what you are seeing in this race is some of that experience coming to the fore and Yannick’s performance is testament to a career that has gone the right way and a sailor that has paid his dues and done his apprenticeship.”

Between 2003 and 2005, Darbyshire worked with Sam Davies on her Figaro campaigns and while disappointed to see her go out of this Vendée Globe, he is not in the least bit surprised to see her decide to sail solo all the way home via Cape Horn.

“She’s a seasoned sailor and someone that is probably more at home at sea than on land and it is important to her to complete the lap,” he said. “This is especially so because the whole Initiatives-Coeur campaign is not about her, but the cause that she is supporting and really the only way to keep the donations coming in is for her to continue. So that was a key driver in her deciding to carry on.”

Darbyshire has been looking at the times of the leading boats and notes that this time round we are very unlikely to see Armel Le Cléac’h’s 74-day record being broken. “It’s a slow race,” he said. “On day 38 the leaders were where Armel was on day 31, so about seven days behind where they might have imagined they might be – something dramatic would have to change to threaten the record from here.”

Darbyshire is hoping that a good fleet of IMOCAs will take the startline of the Ocean Race in October 2022. He says that one area The Ocean Race might want to consider is widening the entry to all IMOCAs not just those with foils, a change that the performance of the older boats in this race would seem to justify. This, he points out, would make entering the Ocean Race a more affordable proposition to many more skippers and their sponsors than might hitherto be considering it.

“I would love there to be a lot more entries and I think opening the fleet up to conventionally daggerboarded boats would be a positive step, for sure,” Darbyshire said. “The good thing about IMOCA is that it doesn’t make any distinction between the foilers and the classic boats – it’s down to the skippers’ personal choice and the great thing is the rule is there and you can pick where you want to fight."

“But having adopted the IMOCA Class,” he added, “the biggest change I would like to see is the Ocean Race now adopt the entire IMOCA Class so that, if you’ve got an IMOCA certificate, then you are eligible to race.”