Défi Azimut - Lorient Agglomération : The skinny on an exceptional line-up 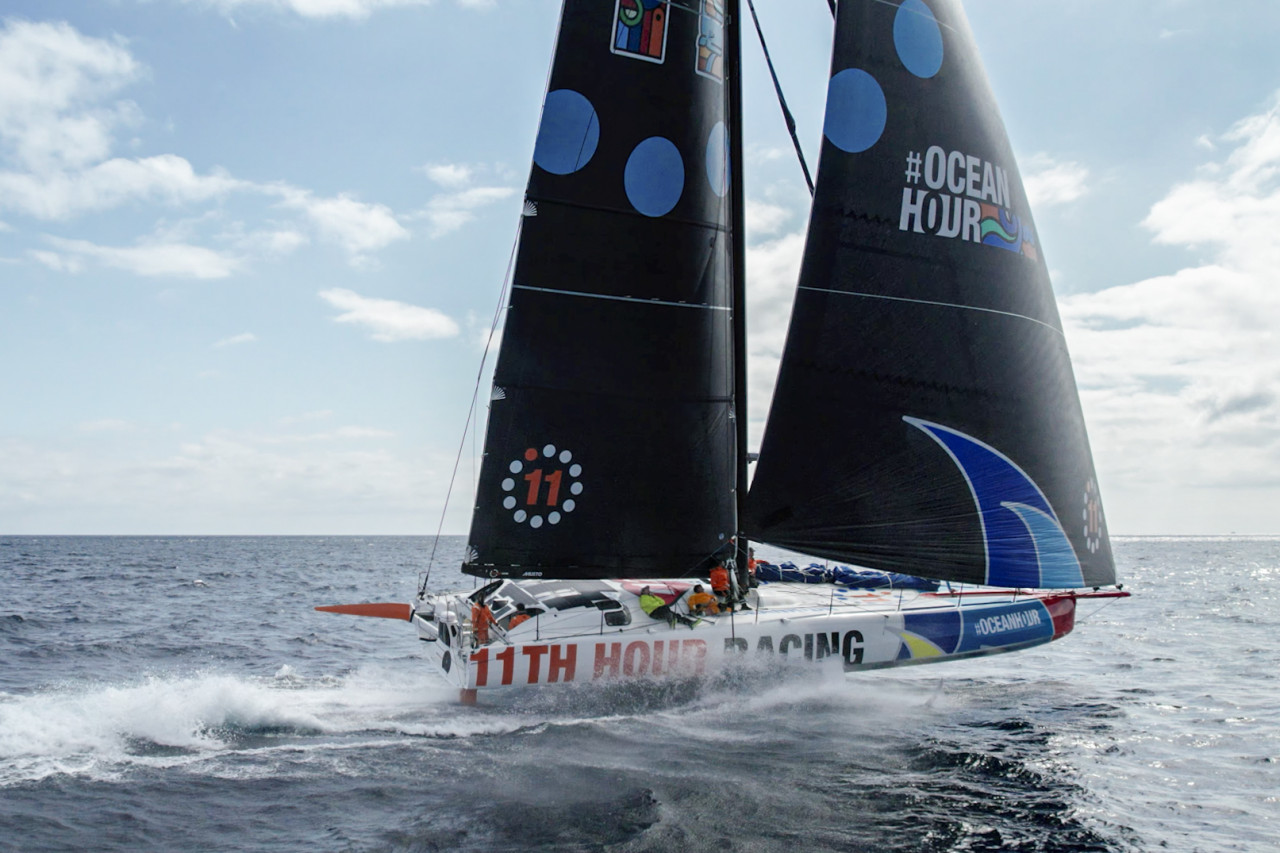 With less than a week to go, the organising company Azimut is putting the finishing touches to the many details which make the yearly Défi competition such a successful event.

Enjoying financial backing from Lorient’s inter-council partnership, technical support from IMOCA and high-quality competition from the 14 teams, there is absolutely no doubt that a major festival of top-level sailing is on the cards from 14 to 19 September. The perfect opportunity then to walk the docks of Lorient La Base and get the skinny on the competitive stakes colouring this eleventh edition.

Which of the fourteen competing duos will take the crown in the Défi Azimut - Lorient Agglomération? You’d have to be pretty smart (foolhardy even!) to make a prediction before 19 September given the calibre of this year’s cast. However, one thing for sure is that whoever succeeds Jérémie Beyou, unfortunately absent after Charal collided with a UFO on her way back from the Fastnet, will be a pair of grand champions.

Indeed, with the past two Défis being punctuated by a dramatic replenishment of the Class IMOCA, the 2021 edition is devoted to a fleet of extremely honed boats, as Antoine Mermod, President of IMOCA explains: “Contrary to The Ocean Race Europe and the Rolex Fastnet Race where the fleet was divided up, all the leading boats will come together again next week in Lorient for the third race of the season. Added to the mix will be 11th Hour Racing 2, an eagerly awaited new arrival!”

The cream of IMOCA

In fact, the new 11th Hour Racing steed skippered by Charlie Enright and Pascal Bidégorry, is the first post-Vendée Globe IMOCA, designed by the naval architect Guillaume Verdier with the main aim of participating in The Ocean Race 2022-23 in crewed format. The Lorient meeting will be her first taste of competition against the IMOCAs from the 2019-2020 generation. Among the hot contenders will be APIVIA (Charlie Dalin and Paul Meilhat), winner of the Rolex Fastnet Race, and LinkedOut (Thomas Ruyant and Morgan Lagravière), which excelled in The Ocean Race Europe. Like a lot of other skippers, Louis Burton, who will be teaming up with Davy Beaudart on Bureau Vallée (ex L’Occitane en Provence), views these two as the reference boats: “The skippers to beat are primarily those who have been campaigning their boat for a long time and know it inside out. For us, the Défi Azimut is a fantastic opportunity to place ourselves and validate all the preparation we’ve done over the course of the summer”. For the eleventh time, Louis, who hasn’t missed a single edition of this race, will make the journey from Saint Malo around Brittany to Lorient and hopes to use the event as a platform for completing his qualifier for the Transat Jacques Vabre, the highlight of this year’s season.

Meantime, APIVIA will join the fray from neighbouring Concarneau. In contrast to several competitors who have switched foils to bring their boats in line with the new rules, Charlie Dalin will benefit from a set measured prior to the Vendée Globe, which are hence longer and more powerful. “It’s fair to say that upwind and on a reach, that should be an advantage, explains co-skipper Paul Meilhat. However, part of the appeal of the Défi Azimut and notably the 48-Hour race is that the course is selected at the last minute according to the weather, which is a guarantee of a good variety of points of sail. As a result, everyone gets a crack at their tack of choice making the competition wide open. We’re not afraid of one boat in particular; rather it is the sailors we need to watch out for given the exceptional line-up!”

Among this line-up, we cannot fail to mention the duos who are as complementary as they are talented, namely Sébastien Simon and Yann Eliès (ARKÉA PAPREC), Nicolas Troussel and Sébastien Josse (CORUM L’Épargne), Damien Seguin and Benjamin Dutreux (Groupe APICIL, a firm favourite in the classic daggerboard category), as well as Romain Attanasio and Sébastien Marsset (Fortinet-Best Western), who finally have a steed to match their talent in the ex-Malizia. It will also be important to count on the experience of Sam Davies in association with Nicolas Lunven (Initiatives-Cœur), together with Isabelle Joschke and Alain Gautier (MACSF). One last mixed couple worth keeping a careful eye on will be the Anglo-Swiss pairing of Simon Fisher/Justine Mettraux on the other 11th Hour Racing (ex Hugo Boss from 2016), which is currently topping the leader board in the IMOCA Globe Series Championship. “We’re naturally coming along to rack up some points*, explains Justine, but also to learn. We’re still beginners in the Class IMOCA and these highly technical boats spend a great deal of time in the yard, so it’s always good to get out and do battle on the water”.

There will be a great match among the older generation boats too of course. Arnaud Boissières will be sailing alongside the young sailor from Guadeloupe Rodolphe Sépho with a view to passing on experience. Another great pairing will involve Clément Giraud, who will be racing for the first time with Erik Nigon, the two men inextricably linked to the 2008 Farr design, which Erik loaned to Clément for the last Vendée Globe (Compagnie du Lit-Jiliti).

Finally, always a good laugh are Manuel Cousin and Alexia Barrier (Groupe Sétin-4MyPlanet), a duo who know how to strike the perfect balance between competition and fun, a notion that has been a part of the Défi Azimut – Lorient Agglomération’s DNA since its creation.

*From this year onwards, the Défi Azimut – Lorient Agglomération will form part of the IMOCA Globe Series Championship 2021-25, as a coefficient 1 race, enabling competitors to rack up points. As such, the 48H AZIMUT result will see the winner awarded 14 points (number of participants), the second 13, the third 12, etc.

The 14 duos competing in the Défi Azimut-Lorient Agglomération 2021