Enda O’Coineen around the world and back 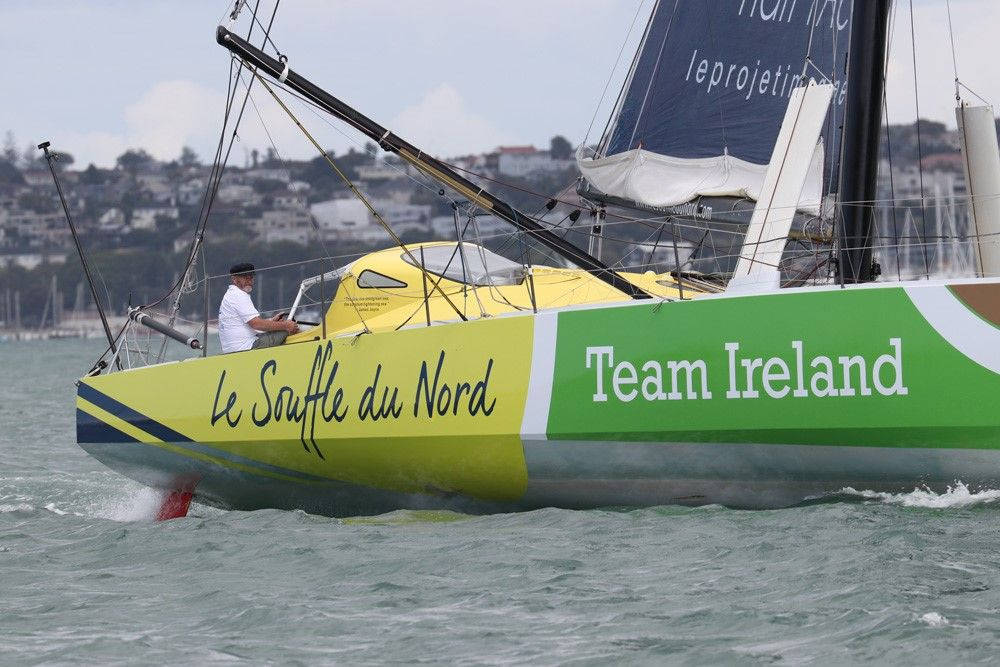 The Irish skipper, Enda O’Coineen will be setting out to sea tomorrow (Friday) from Dunedin in New Zealand aboard the IMOCA, Le Souffle du Nord, which for this voyage has been renamed “Le Souffle du Nord-Team Ireland.”

The Irish skipper, Enda O’Coineen will be setting out to sea tomorrow (Friday) from Dunedin in New Zealand aboard the IMOCA, Le Souffle du Nord, which for this voyage has been renamed “Le Souffle du Nord-Team Ireland.” Ahead of him, 13,000 miles of solo sailing to reach Les Sables d’Olonne. This is a way for Enda to complete his Vendée Globe, which was interrupted when his boat was dismasted. It is also a way to bring home the boat skippered previously by Thomas Ruyant, who was also forced to retire from what was his first solo round the world voyage.

For Enda O’Coineen, skipper of the Le Souffle du Nord – Team Ireland monohull, “This is a lifetime ambition that I am trying to complete. In November 2016, I was one of the dreamers in the Vendée Globe, one of the non-professional racers, who grabbed this opportunity to fulfil their dreams. Mine came to an end when the boat was dismasted in the Indian Ocean. I refused help and made my way to New Zealand by my own means. I found myself alongside the boat, “Le Souffle du Nord pour le Projet Imagine”, which was skippered by Thomas Ruyant. It was love at first sight. After talking things over, we came to an agreement thanks to which I shall be setting sail on Friday on this great boat, which is half-French and half-Irish. This time I’ll be racing against myself and will give myself daily goals to complete the 13,000 miles separating me from Les Sables d’Olonne while racing as quickly as possible.”

As for Thomas Ruyant, he is delighted that his boat has been repaired and will be setting sail again. “I think that is fantastic. I didn’t take her to New Zealand for no reason. Enda is someone who gives so much especially to youngsters. I wish him all the best. He is facing a huge challenge with some tricky sailing ahead in the Pacific and Atlantic. I hope to be able to welcome him home to Les Sables d’Olonne when he finishes.”

Programme
- 26th January 2018: start from Dunedin of the solo return voyage and (if possible) without any stopovers,

-      Early April: due to finish back in Les Sables d’Olonne

-      Mid-April: celebrations after arrival back in Dunkirk, the home port for the association from the North of France