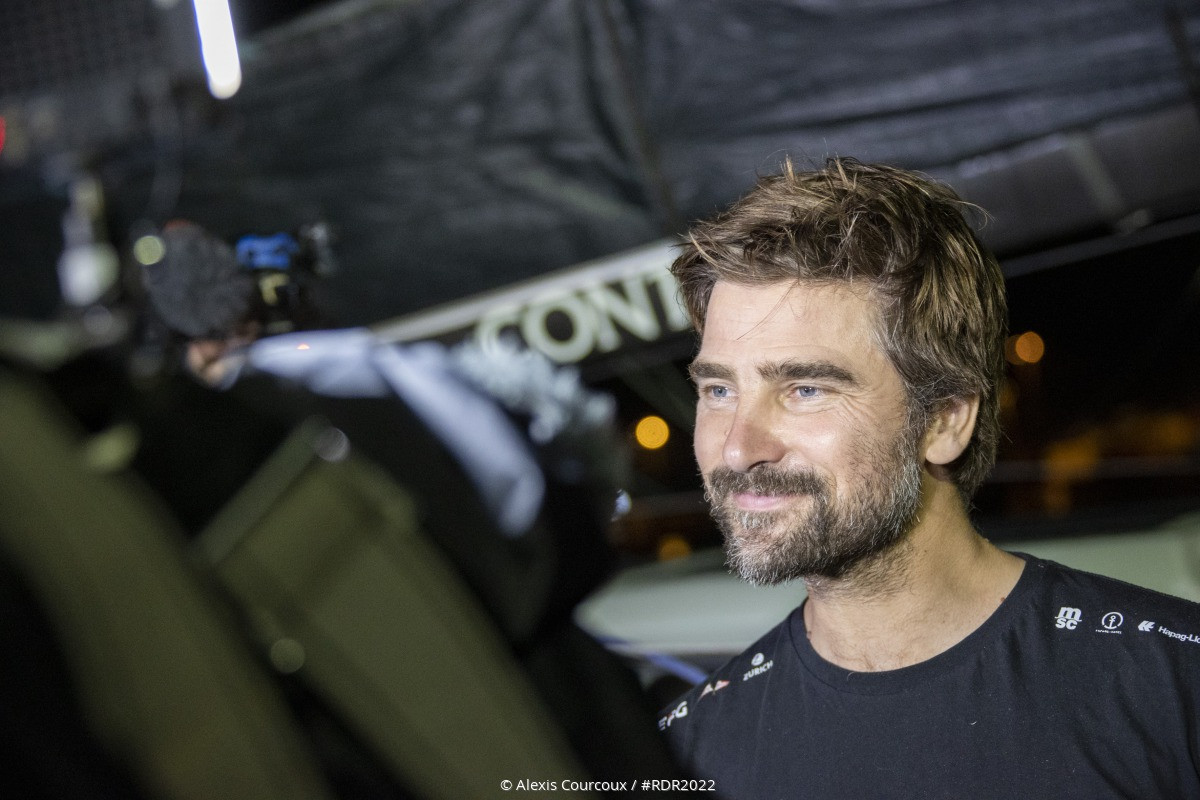 While he achieved his fundamental goal of qualifying for his second Vendée Globe Herrmann is disappointed not to have been able to be in the match on his new VPLP designed IMOCA which he launched on July 19th. Tenth on the Bay of Biscay and 13th at the Azores, Herrmann was then all but becalmed for the best part of three days with a group of boats who stayed south. Just as he got into the early tradewinds technical issues with the foil bearings were revealed on November 18th - nine days after the start which then meant Herrmann has had to sail at reduced speeds without using his foils.

On the dock in Pointe-à-Pitre just after midnight local time Herrman said, “I am happy to be back on land. It felt a bit long at the end being a bit behind the fleet and that is the first time, a new experience in terms of the sporting objective but at the same time I told myself ‘Everything is good, we are still in the race, the boat is floating, we are finishing the race and the main objective is accomplished– the Vendée Globe qualifying – but also the aspect of validating a new boat. Many people told me when we started in February after the Vendée Globe aiming from scratch building a new boat for the Route du Rhum the timeline to be able to do the Route du Rhum, most people said ‘it is impossible, we are not going to work with you’ and so we did it nevertheless, I mean not in the best circumstances, I would have wished to have been better in the race, but it is fine.”

Asked what he learned about the new boat Herrmann responded, “We found two or three technical issues. One is the foil bearings which is relatively easy to fix on land now with proper tools. At sea it would have been hard to do, maybe not impossible. But it is great to find it all now and not on the long leg of The Ocean Race. It was right the day when I sailed out of the light winds where I had been stuck for three days, I was gybing downwind next to Giancarlo Pedote, we were crossing and it was like my race was starting again. Then after a gybe I could not move my file up and down, I checked and discovered both foil bearings had a problem. I was straight into more like a delivery mode.”
He was able to watch the scrap over first place but admits it will take time to get the new boat closer to the level of Ruyant and Dalin, “It was great to see the race at the front of the fleet. It is great for the class to see a different winner but both (Thomas Ruyant and Charlie Dalin, first and second) did a fantastic performance. I am very happy for Thomas and Charlie. For me to get closer to the front there will be a long process. We did not have time this summer for training, it was more like commissioning and getting to know this boat. The schedule The Ocean Race is relative. To have done this race and found the problems is a big bonus rather than find it on The Ocean Race. It is all good as it is.”