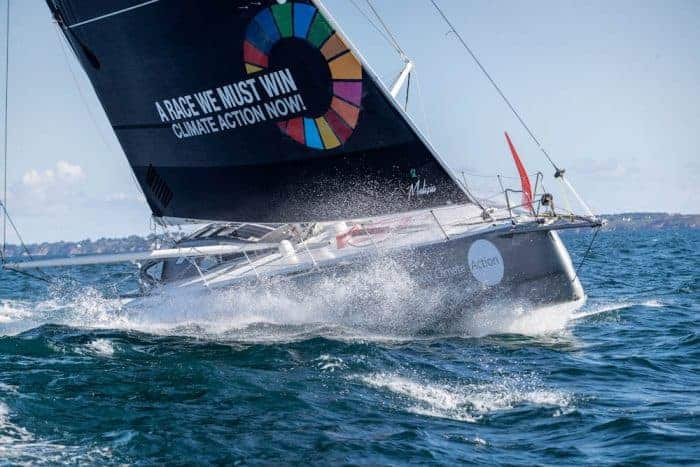 Team Malizia, skippered by Pierre Casiraghi and Boris Herrmann have the great honour and pleasure to sail Greta Thunberg from the UK to New York for the UN Climate Action Summit on Malizia II. The journey will start in mid-August. Greta accepted the offer to sail with Team Malizia as Malizia is a zero-carbon mode of transport to reach the USA. See below for a press release in English and German.

Climate activist Greta Thunberg will sail from Europe to North America in August, kicking off a climate tour through the Americas over the next few months. The sailboat is outfitted with solar panels and underwater turbines to allow for a zero-carbon, trans-Atlantic voyage.

Swedish climate activist Greta Thunberg, 16, has announced that she will travel to the United States by sailing boat in mid-August to kick off her travels across the Americas. Upon arrival in North America, Greta will join large-scale climate demonstrations on September 20 and 27 and speak at the United Nations Climate Action Summit, hosted by Secretary General António Guterres in New York City on September 23.

Good news!
I’ll be joining the UN Climate Action Summit in New York, COP25 in Santiago and other events along the way.
I’ve been offered a ride on the 60ft racing boat Malizia II. We’ll be sailing across the Atlantic Ocean from the UK to NYC in mid August.#UniteBehindTheSciencepic.twitter.com/9OH6mOEDce

Greta is taking a sabbatical year from school, and aims to attend a number of events during her time in North America, meeting with people most impacted by the climate and ecological emergency, climate activists, and decision-makers. She also plans to visit Canada and Mexico. Greta will then travel to the annual UN climate conference (COP25) in Santiago, Chile, between December 2-13, with plans to visit other sites in South America that are important in tackling the climate crisis.

Greta doesn’t fly because of the tremendous amount of emissions caused by air travel – emissions that are strongly amplified due to the fact that they are released high-up in the atmosphere. She will therefore choose the least carbon-intensive modes of transportation throughout her travels across the Americas.

After months of research and considering different options for her journey, Greta will sail across the Atlantic in a zero-carbon racing boat called Malizia II, a foiling sailboat built in 2015, which is fitted with solar panels and underwater turbines to generate electricity on board the vessel. Greta will be joined on board the boat by her father Svante Thunberg and filmmaker Nathan Grossman of B-Reel Films, who will document the journey. The boat will be captained by professional race skipper Boris Herrmann and Malizia team founder Pierre Casiraghi, who have donated their time and skills to help Greta cross the Atlantic without flying. The voyage is jointly organised by Greta, Team Malizia, and B-Reel Films. 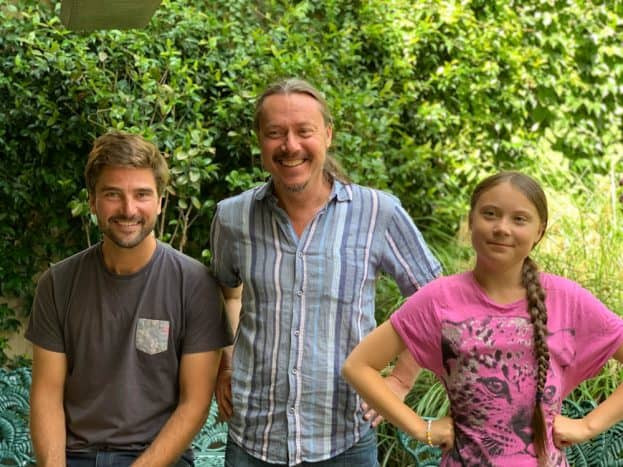 The Malizia team also developed the Malizia Ocean Challenge, a project to support ocean climate education and the monitoring of ocean CO2. This project is affiliated with the Prince Albert II of Monaco Foundation, a charitable organisation that supports work on environmental and climate change issues. 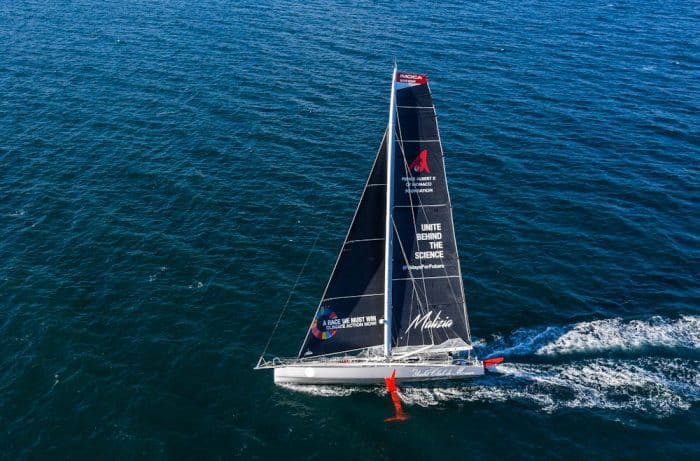 The boat will depart from the United Kingdom in mid-August and arrive in New York City approximately two weeks later, making no stops on the way. Exact departure and arrival dates will depend on the weather conditions.