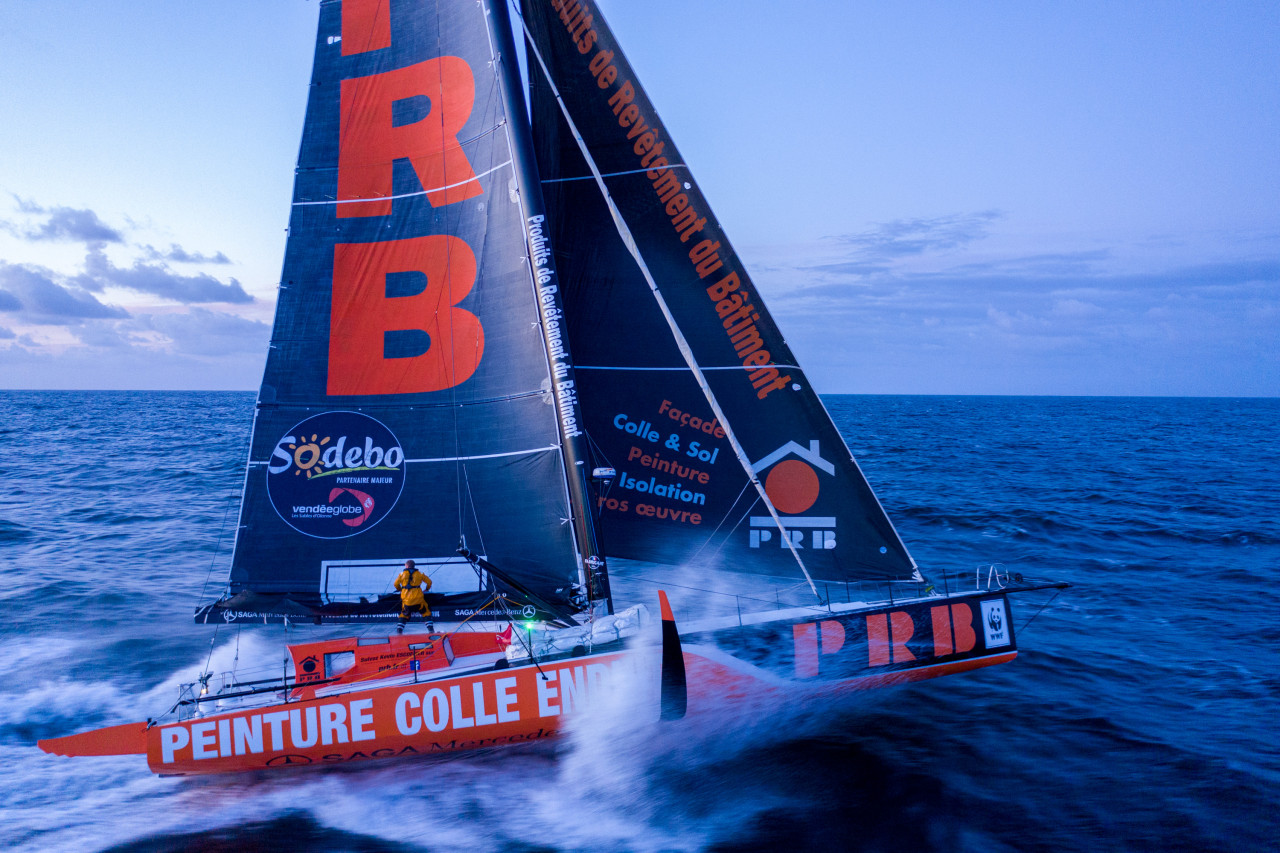 He was racing in a strong SW’ly air stream on starboard tack behind a weather front.

At 1346hrs (UTC), Escoffier managed to send a message to his shore team, explaining that he had an ingress of water into his boat. The rescue authorities (MRCC Cape Town and CROSS Griz Nez) are preparing an action plan in collaboration with his PRB shore team, with Jacques Caraës and the Vendée Globe Race Direction team. Jean Le Cam, the nearest competitor, has changed course to sail to the last position given by the boat when the beacon was triggered (40°55 S 9°18 E).

Le Cam is expected to reach the area at around 1600hrs UTC.

Update at 5pm: Jean le Cam has arrived in the area and has sees Kevin in his life raft. He is under engine preparing to recover Escoffier. More info to come.