Kevin Escoffier – waiting to get back on the water 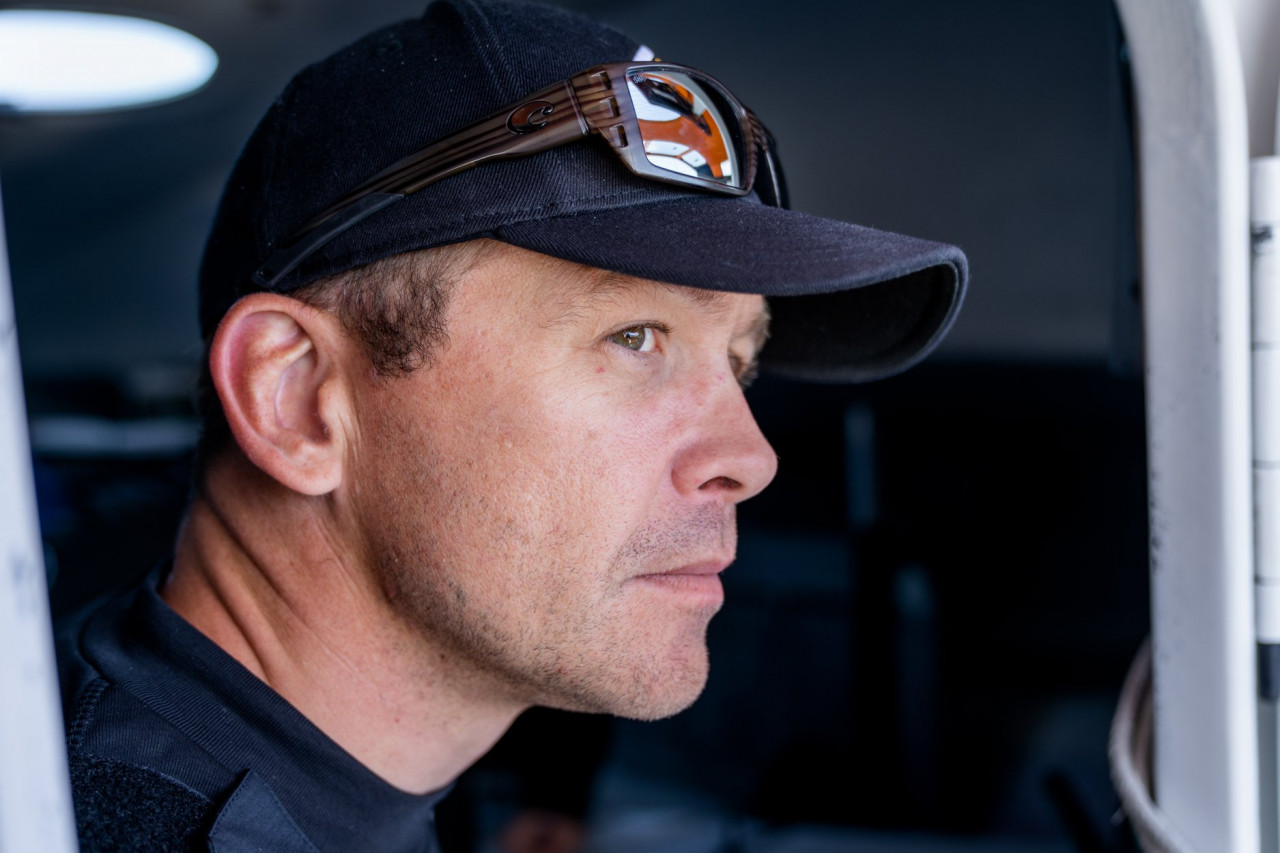 Like all his rivals in the IMOCA class, Kevin Escoffier, the PRB skipper, is doing his best to keep fit physically and mentally during the period of confinement caused by the Covid-19 pandemic.

Escoffier is set to make one of the most hotly-awaited debuts in the Vendée Globe this year, having taken over Vincent Riou’s old 2010 VPLP-Verdier design, and he cannot wait to get back out on the water.

“So I am in Larmor-Plage where I live with my wife and my daughter,” he said this week.“ This is not an easy time, but it is not easy for a lot of people and we are luckier than many people. Even if we are not able to sail as we would like, I have a garden and I am in Brittany.“

“For sure I am very aware that it is much harder for a lot of people that have companies to run and for older people too. I am working as much as I can – but we just have to be careful and follow the rules in order than we can get through this event quickly.”

Escoffier has been out running a couple of times-a-week near his home and doing regular gym sessions with trainers on video from Port-la-Forêt. He has even managed to break his push-ups record during his confinement. He has also been working on weather and meteo studies under the guidance of Jean-Luc Nélias and Jean-Yves Bernot and working with the new Adrena software programme. “It’s definitely not like doing it on the boat, but it is good to keep using the tools we will use and to keep thinking about sailing,” he said.

For Escoffier this enforced break from sailing has its downside, though. He was hoping to spend hundreds of hours this year sailing and racing on his own to build up his solo experience. And he and was banking on the The Transat CIC and then the Transat New York-Vendée-Les Sables d’Olonne races to help him prepare for the Vendée Globe. But, he says, despite the probable modifications to his plans, his focus remains on the Vendée Globe.

“Psychologically I am still looking forward to the Vendée Globe and I am only focused on that,” he said. “We just have to adjust to what we can do and when we will be able to go back on the water. Then I will do the best I can to be as well prepared as possible for the Vendée Globe,” he summarized.

The boat is qualified for the race and so is its skipper. At the time that the Covid-19 confinement began, the team was just two weeks away from re-launching her. Right now some work is continuing on board in the area of the bowsprit and cockpit and Escoffier is confident that once sailing is permitted again, he will be able to launch her after about a week.

The team has been working through a big programme of modifications to PRB, making her structurally stronger, making changes to the sail plan and adding another chainplate at the bowsprit. Escoffier believes she will be faster than ever and he sees no reason why he and this boat cannot do well in his first Vendée Globe and possibly make the podium.

“This is an all-purpose boat and she is very capable,” he said. “I think it is possible. After that it depends on the other boats. For sure my boat is not as fast as the brand new boats, but they have to show how reliable they are because they have not sailed that much. We have seen in previous editions that even an old boat can be in the top-five finishers, even without being the fastest.”

The sailor from St Malo with a glittering CV, including a Jules Verne Trophy, victory in the last Volvo Ocean Race and, more recently, second place alongside Nicolas Lunven in PRB in last year’s Transat Jacques Vabre, admits he is raring to go on his 2020 season, even if its start has been delayed.

“I am really looking forward to it,” he said. “But I am not only thinking about me. I realise we are lucky people to be able to live from what we love to do and go sailing. So I feel very lucky and have to keep that in mind. But when I do go back sailing, I will push even harder.”

The confinement will end the 11th of May. At the moment he is expecting that there will be at least one big offshore race for the IMOCA fleet before the Vendée Globe starts in November. “I feel it will be very difficult for the Vendée Globe if nobody is able to do a big race before that,” he said.