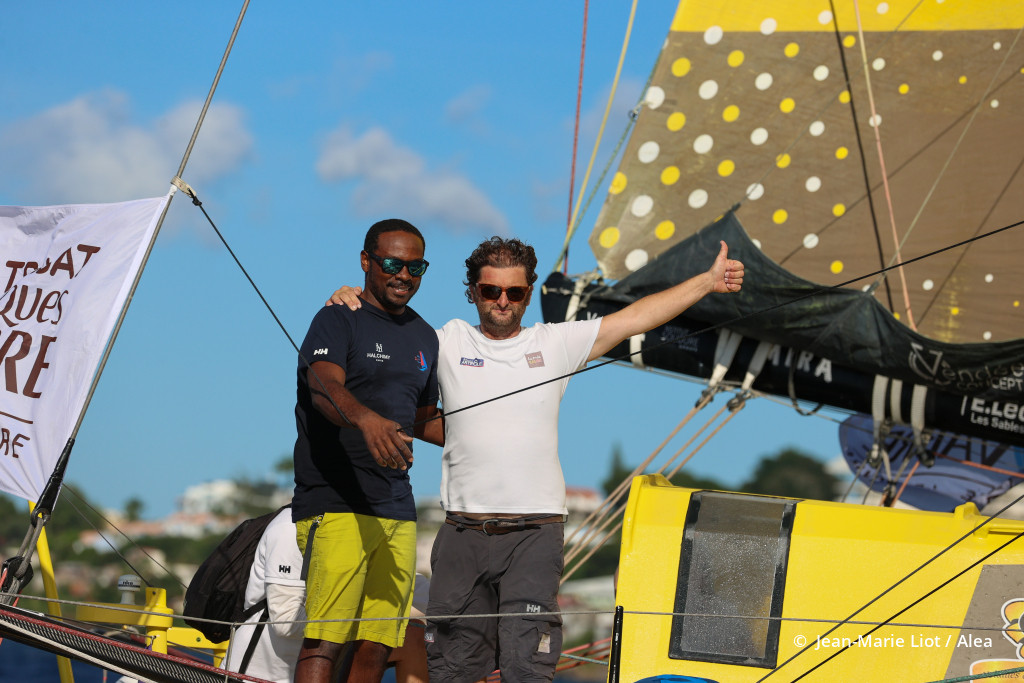 The wind came into Martinique late into the morning, welcoming Arnaud and Rodolphe into the port. The Transat was both a new experience for Rodolphe as it was for Arnaud: their relationship grew over the course of the race, as Rodolphe learnt more about his new career and Arnaud became acquainted with teaching his skills.

Arnaud Boissières: "It was an original association with Rodolphe. It was very interesting, for Rodolphe to learn his trade, as well as for me, to experience my last adventure with this boat, which has given me so much happiness for four years. We had a good laugh. We've been limiting ourselves to food for three or four days now. He promised me lambis soup. Last night we blew the spinnaker and then the pilot stalled, so we went downwind."

Rodolphe Sepho: "The aim of the Transat Jacques Vabre was to get to grips with the boat for the future, we're going to work on a new adventure, we're going to take this boat back to Guadeloupe. Arnaud is a very good sailor, he's very calm, we have plenty of time to work out the manoeuvres, we never rush, he's the quiet force on board. And he doesn't stop telling jokes all day, so we spent a lot of time laughing!"