Loïck Peyron: The paradox of the pandemic and how it will help the Vendée Globe skippers get in the zone 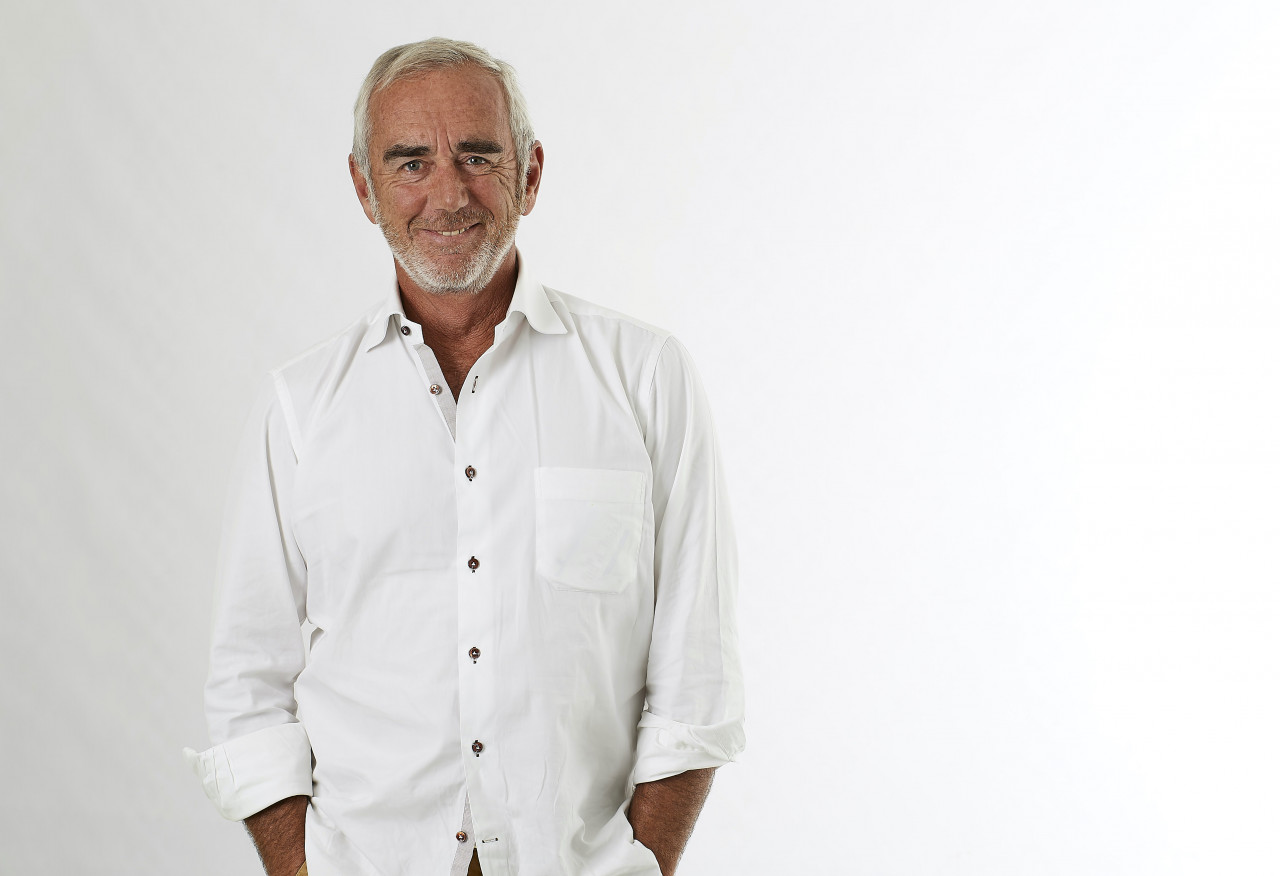 ROAD TO THE VENDÉE GLOBE #3: In the third of a series of preview articles in the lead-up to the Vendée Globe start on November 8, Ed Gorman talks to three-time Vendée Globe veteran Loïck Peyron about the race ahead.

Everyone is well aware that this has been an unprecedented season for the IMOCA Class and an unprecedented way to build-up to the Vendée Globe, with all the restrictions and difficulties caused by the Covid-19 pandemic.

But not everyone is viewing it all as negative. Just ask the French sailing legend Loïck Peyron who will be following this race from the comfort of his home in southern Brittany. Peyron, who has started the Vendée Globe three times during his glittering solo sailing career – finishing second in the inaugural race in 1989-’90 – is well aware that for the world as whole the pandemic has been a very difficult time.

But he has spotted a silver lining to the dark cloud for the Vendée Globe skippers. The restrictions they will face in the days leading up to the start on November 8th, he believes, can actually help in the way that they will allow the sailors to focus without distraction on the epic challenge ahead.

“As far as I know, during the week before the start the sailors won’t be able to see a lot of people, they won’t be allowed to mix with the public or even journalists,” said Peyron. “And that is not only a negative aspect, it can be very good news for them because, as you know, before any kind of race, and especially a single-handed race around the world, you are already sailing in your mind a long time before the start."

“The best way to help that, is to be – not alone – but to have the minimum people around you, the minimum pressure and the paradox of the pandemic is that it is very good for this.”

Peyron remembers a Transat B to B race, from Salvador de Bahia in Brazil to Port-la-Forêt in 2007, when there was almost no one there at the start and he loved it – he also went on to win it. “You have no pressure, no other things to do other than be prepared on your boat and on your navigation and on your trip,”he said.

The Frenchman, who has won races in multihulls and monohulls and set the Jules Verne Record, knows as well as anyone that a proportion of the 33 starters in the Vendée Globe will not finish. But he does not believe that the difficult preparation will be the main cause of retirements – it will be collisions featuring a fleet of IMOCAS some of which are wider than ever before.

“When you think about the foils and the appendages in the water, the width is mathematically increasing the risk of hitting something,”he explained. “That’s the main reason for being stressed when you are a skipper on a fast boat – either on a monohull or multihull. The big problem, the big concern is hitting something – not breaking something but hitting something.”

Peyron believes it is time to restrict the overall width of the boats in the IMOCA Class to try to reduce the likelihood of collisions. “There is no limit today and the theoretical limit is to have the maximum righting moment and then, the only way to have that, is to extend the width and then that costs a lot and it increases the risk and the uncomfortable way of sailing,” he said.

On the issue of comfort on board, Peyron went out sailing last week on Nicolas Troussel’s Juan Kouyoumdjian – designed IMOCA, CORUM L’Épargne, and he was amazed by how uncomfortable the ride was. He says that the big ocean-going multihulls are no longer the most uncomfortable yachts in world sailing – the IMOCA Class has stolen the trophy.

“I had a chance to sail for 24 hours on CORUM L’Epargne and I know now what is involved,” said Peyron. “The weather conditions were absolutely perfect but even with those conditions it was a nightmare already… these boats are a lot wider so they are banging a lot and slapping a lot in any kind of waves and the foils are super-noisy and the bearings are creaking in the hull.”He joked that the most important piece of kit on a Vendée Globe boat this time round will be the skipper’s noise-cancelling headphones.

So what about the sailors? Peyron knows the top French echelon is extremely impressive but he made the point that he would like to see a non-French skipper win the race for the first time in its history. And by that he means the HUGO BOSS skipper Alex Thomson.

“Maybe I can just hope that a non-French sailor could win this race,”he said. “There are not so many non-French skippers in the fleet – in fact, not enough. But I think it would be a good thing. For many years I have looked forward to seeing this. It has not been achieved in the Figaro Race – although Sam Goodchild was not far off and was racing very, very well – and in the Vendée Globe it would be Alex for sure.”

Peyron says it is important for the sport of solo ocean racing in general for Vendée Globe winners to come from a variety of nations. “It would be a symbolic thing – demonstrating that it is not only French sailors who can win single-handed races,”he said.

While he is convinced Thomson is capable of winning, he says the leading French skippers are at a “super-high” level, among them Jérémie Beyou on Charal who he says is “wining everything”. “This is a kind of French speciality, and it is very well defined by the French themselves and that is good news too,” he said.

Peyron says the battle at the front will be intense but so too will the race between the older boats, at least one of whom he says, could make the podium. “On paper there are faster boats and slower ones, but a guy like Kevin Escoffier (PRB) is such a tremendous sailor and in a short race like the Azimut 48hrs, we saw three girls do well – two on the podium (Sam Davies and Isabelle Joschke) and another (Clarisse Crémer) in fourth place, which was really good. So anything can happen and that is the beauty of sport.

“First of all you don’t need to win to succeed and hopefully they will succeed, because we all want to share their stories, whatever their place or ranking. And you never know until the finish what is going to happen.”

And so, would Peyron – now aged 60 – himself want to take part in this Vendée Globe? Is he jealous of this younger generation of sailors who are about to fulfill their dreams?

“No thank you!”quips the former Fujicolor II skipper. “When I sailed on CORUM last week, the first hours were very interesting…but after that I was thinking ‘no! that’s fine. I am happy to count down. I’m cooling down, slowly but surely.’ But I will be watching and following with interest, like any kind of race which I love to follow.”

In fact Peyron may well be at the start off Les Sables d’Olonne to see the fleet off on November 8th bringing his expert eye to live commentary.

28.07Giancarlo Pedote teams up with Mart…Without mutual trust, without a shared v…13.07Benjamin Dutreux's project evolves …Considered one of the revelations of the…17.06Offshore Team Germany leads after a…The celebrations are still on hold becau…11.06Pip Hare: the best is yet to come f…The final offshore leg of the inaugural …09.06Ruyant closes it out to lead a thre…After two of the three offshore legs in …07.06LinkedOut is the pace-setter as a f…Leg two of The Ocean Race Europe is prov…
All news and videos
News

A sports meet and social occasion organised by the Lorient-based company Azimut (digital solutions), the Défi Azimut, the eleventh competition of this name, remains a rather atypical event.

Without mutual trust, without a shared vision, performance is not possible! Giancarlo Pedote, who’s preparing to take part in his fourth Coffee Route, having previously won the 2015 race paired in the Multi50 category, h…