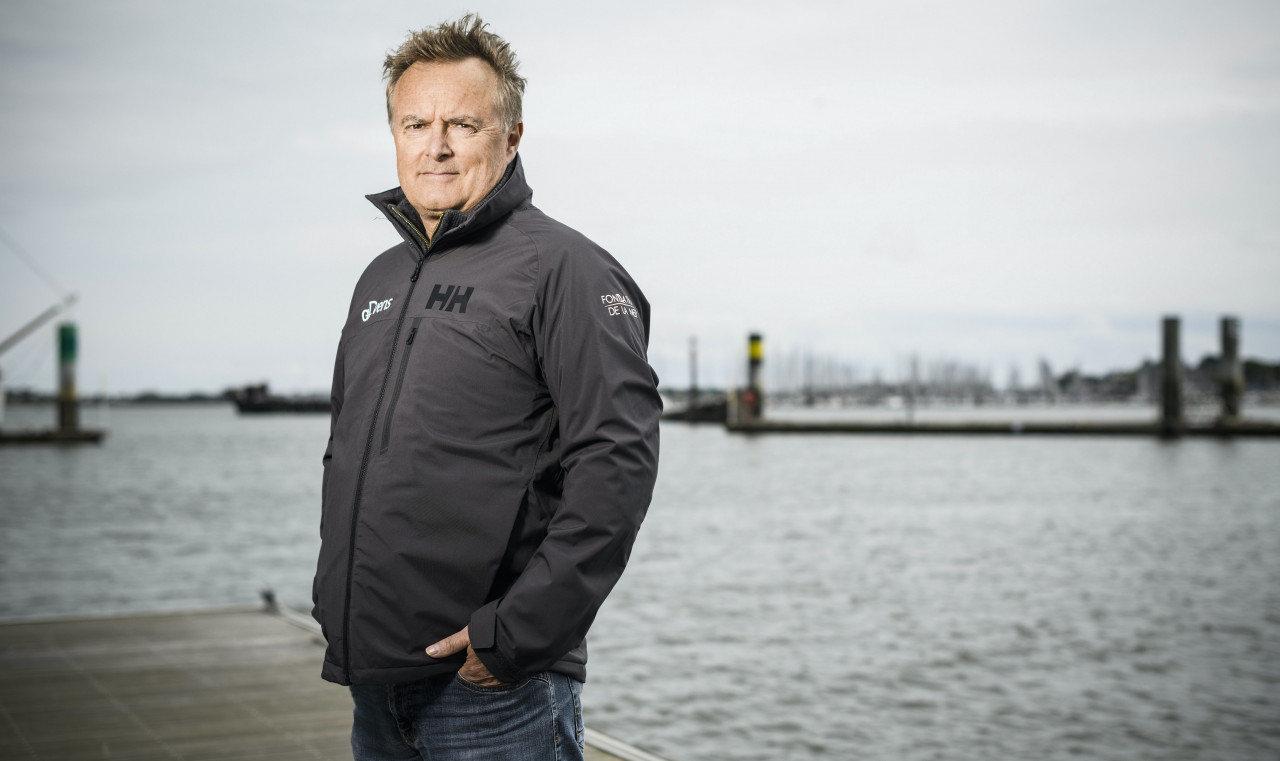 Like everyone else involved in the IMOCA class Marcus Hutchinson, the team manager of Thomas Ruyant’s Advens for Cybersecurity project, is trying to weigh up what the Covid-19 effect is going to be on this Vendée Globe cycle.

The Advens programme is continuing but work on the boat has been suspended with the core team now dispersed to their homes.

In common with his fellow IMOCA team managers, Hutchinson has no idea how long this crisis will last or when they will be able to go sailing again. The boat is currently in the shed in Lorient and was due for launch in early April.

Hutchinson acknowledges that his team is in a better position to weather this crisis than some others who have not yet launched their new boats, completed qualifying passages or managed to find all the commercial backing they need.

“We are quite lucky, our boat is finished, it’s been sailed on the ocean and we have a full set of everything and it all works. What’s more Thomas is fully qualified for the Vendée and selected,” he said.

The main outstanding item is a new set of foils – the “version IIs” for the new Guillaume Verdier design – which are on order with Persico in Italy but are now delayed as the company awaits a return to fulltime working. At present the team may get them in mid-July but that is already getting close to being too late for them to be used in the Vendée itself.

The question for everyone is how quickly can this team and the IMOCA class in general get going again once this public health crisis has come to an end. Hutchinson says solo ocean racing is better placed than many big team sports in this regard, but it will still not be like flicking a switch back to the “on” position.

“It’s very easy to stop things but hard to start them all up again,” he explains. “You can’t just flick a switch because things will be staggered in terms of supply lines and so on. We are not just individual teams but part of a whole ecosystem of different suppliers and companies that provide services and make things for us. We are a very tight-knit community and we are all very reliant on each other."

“This is a bit like the Christmas break, or the month of August where everybody just shuts down and goes away for two weeks,” he adds. “The difference is that we do not know how long this will last and this was not something that we were able to predict.”

For the project’s skipper, this is obviously a frustrating time. Like his rivals Ruyant was just starting to focus on the sailing part of the year when everything came to a grinding halt. “We were getting to the stage where he was pulling back from an awful lot of admin and management meetings and just concentrating on the technical and sailing side of things. That was pretty standard for everyone a month before we started racing – a lot less travelling around the country going to sponsor events and so on,” explained Hutchinson.“For Thomas, the suspension of activity is particularly frustrating because he doesn’t want to imagine that something he has invested so much of his time and energy into, and his family’s time and energy into, might be in doubt,” he added. “Or it might happen, but he will not be prepared for it in the way that he would like to be.”

But like everyone else in the IMOCA class Hutchinson knows that the public health crisis is now, the priority and the main focus. The passage of time will surely return our sport to normal. “It’s just a question of time and transitioning out of one state of mind and into another,” notes Hutchinson.