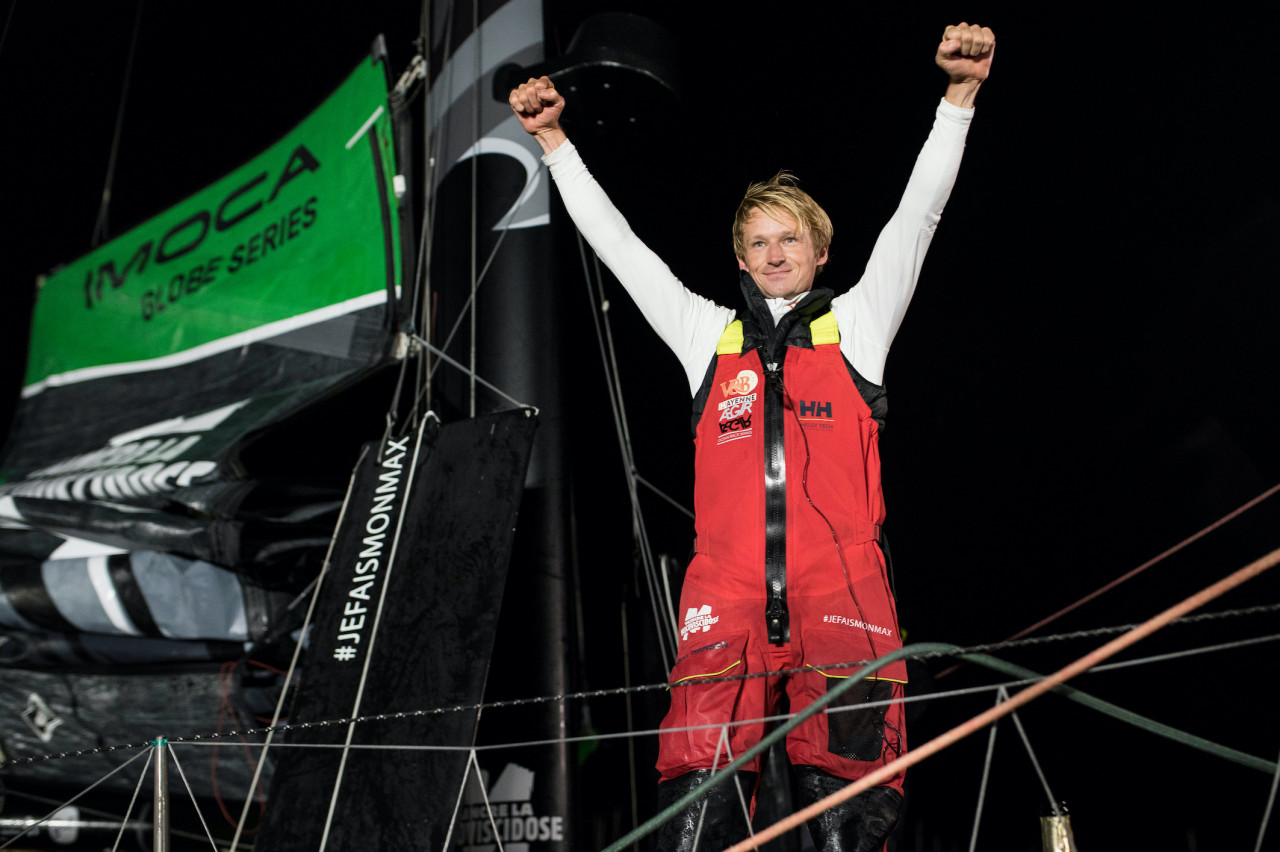 The question of how Vendée Globe sailors deal with boredom is almost ignored these days as people focus more on the competitive aspects of the race, but each of the skippers still had to face nearly three months alone and it's not easy.

The French sailor Maxime Sorel, who skippered V and B-Mayenne to 10th place, has revealed an interesting technique that he used to combat feelings of boredom and perhaps loneliness, early in a voyage that lasted 82 days and 14 hours.

The 34-year-old civil and marine structures engineer based at Concarneau in Brittany, said he just wrote it all down on paper. “I quickly solved the risk of boredom,”he told the IMOCA Class. “During the descent of the Atlantic in fact, I wrote answers to my questions, put down on paper what I was feeling and found a way to think about things differently.”

The technique did the trick because from that moment on, time flew for Sorel, who won the 2017 Transat Jacques Vabre in Class 40s and who entered the Vendée Globe more interested in the sporting side of it than the purely personal challenge.

“I knew at the start that I wasn’t looking for the Vendée Globe to seek solitude, but for the competition,”he said. “And I’m one of those who think it’s great to be able to exchange so much with those who support us ashore.”

Sorel has a long term relationship with his co-sponsor, the French beer, wine and spirits retailer V and B-Mayenne, and he spoke regularly to staff at the company on his way around the world. Jean-Pierre Derouet, co-founder of the company, went on a tour of all the 230 stores in France during the race, and bet Sorel he would complete it before his sailor made it to the finish. Mr Derouet didn’t quite manage to beat Sorel, who travelled about 28,000 miles at sea in a faster time. "I'll be in Mayenne this Friday to share the end of the trip with them," Sorel confirmed from Les Sables d'Olonne.

Sorel loved a race that saw him contend with frightening structural damage to his boat, an almost identical design to Kevin Escoffier’s ill-fated PRB, and which has a chequered past having failed to finish three previous Vendée Globes and one Barcelona World Race.

But the V and B-Mayenne skipper has already moved on to the next project with a plan to buy a more up to date foiler for the 2024 race and he was working on it while still out on the racecourse. “I’ve already moved on to the next step of the project,”he confirmed. “I worked on budgets and attended meetings even when at sea. The idea is to go a little further and continue to grow, with another boat, a bigger team, and an even more competitive project. Our objective is to be on the Transat Jacques Vabre (October 24th) startline with another boat".

A thoughtful individual, Sorel spoke before he set sail about how he had only recently discovered what “without assistance and non-stop” really means. We asked him how his appreciation of those twin challenges had been changed by his time at sea in this Vendée Globe.

He divided it into two – the sporting aspect and the personal challenge. Of the former, he said: “It is even more complicated than I imagined. That is to say if you haven’t thought of everything before the start, and if you don’t have a team that knows your boat by heart, the slightest problems become really complicated to manage. And on a daily basis, to look after the boat, you need a very precise methodology to make sure you don’t miss anything.”

Of the personal challenge, Sorel hinted at an almost unreal sense of travel and how he yearned to stop out of curiosity, as much as anything. “I’ve been around the world, it’s true,”he said, “but I’ve only seen water, except for a rock near Macquarie Island, but otherwise no coast. I was reminding myself that I was passing close to incredible ethnic groups, big cities, and it’s quite weird because you feel like you are in a simulator sometimes and I was thinking that I’d like to do it with stopovers.”

Sorel sailed a very solid race in an old, 2007-vintage, VPLP-Verdier boat without foils. He said he expected both Benjamin Dutreux (OMIA-Water Family) and Damien Seguin (Groupe APICIL) to be fast in slightly more powerful IMOCAs than his, but he was still surprised by their performances and the speed differential. Even so, he says, he kept up the pace and maintained a gap that never got too wide.

For him, a top-10 finish was the goal and he achieved that after a nerve-wracking final run-in, ahead of a powerful north Atlantic depression. “My career is being built, year after year,” he explained. “When you set sail, you see the dream plateau at the start and you tell yourself that the top-10 is difficult but you also know there will be sailors who drop out and this year there were a few, so I’m all the more happy with the result.”

After PRB broke up, Sorel revealed that he and his team went onto a war footing with his boat, as he conducted regular detailed inspections to check for potential damage. It was during one of these, after passing Cape Horn, that he spotted a tiny crack in the deck. He immediately set about a major repair with advice from architects on shore, but it was on his mind all the way to the finish.

“I did a real time trial to pass in front of the depression in the Bay of Biscay. And (the repair) held,” he said. “There, my boat is in port, there’s a bit of work on it and that’s normal after a round-the-world trip. But its fine…”

The finish exceeded his expectations. “The arrival was total happiness,” he said. “I didn’t think there would be so many people there, given the current situation. It was great to have the family back. My brother manages the project with my father, and this time my mother also played a role in giving me some news every day on the boat. I’m happy to be back,” he added, “and working hard on my next project.”