Medallia Sponsors Pip Hare to Compete in the Vendée Globe 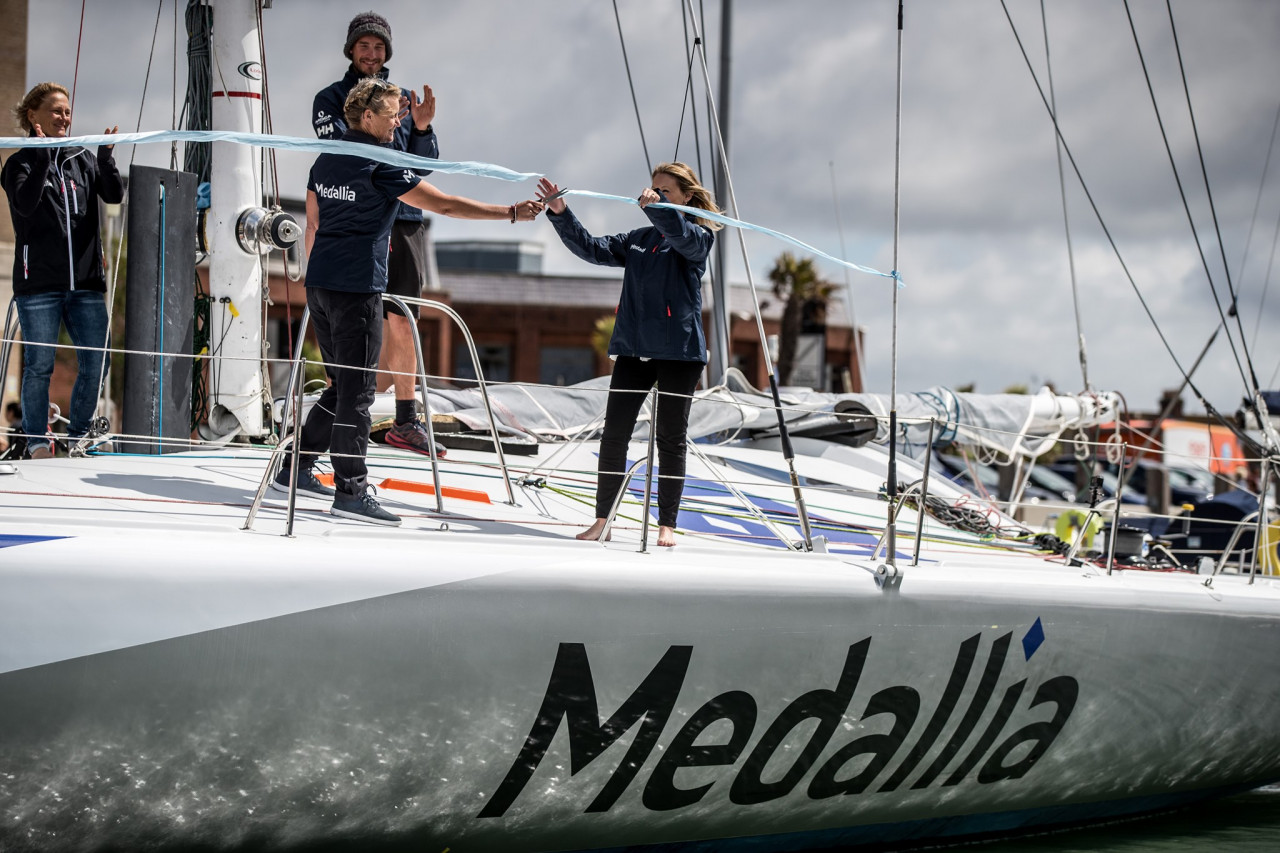 Medallia, Inc. (NYSE: MDLA), the global leader in experience management, today announced its sponsorship of British professional sailor Pip Hare in her attempt to sail single-handed, non-stop around the world as a competitor in the 2020-2021 Vendée Globe.

Hare will be the skipper of Medallia, a 60ft IMOCA class boat which launches today from its base in Poole, UK, ahead of attempting to complete the Vendée Globe in November – a feat achieved by fewer than 80 experienced sailors throughout the competition’s 30 plus year history.

The Vendée Globe takes place every four years, with the ninth edition of the race departing on 8 November 2020 from Les Sables d’Olonne, France. Hare is one of six female skippers registered for the race – out of a total of 35.

“My entire 28-year career has been focused on breaking down barriers to get to this point. More men have walked on the moon than women have completed the Vendée Globe, which is all the inspiration I need to succeed,” said Pip Hare. “It’s been a lonely path to get this far, so I am absolutely thrilled that such a visionary company as Medallia has stepped in to make my lifelong dream a reality.”

Medallia’s funding will enable Hare to make the necessary investment in the boat ahead of the November launch. It will also allow her to recruit a small team to assist with race preparations, ensuring she can focus on being an athlete.

In the lead up to November’s departure, Pip will skipper Medallia in a number of warm-up races, including the Lonely Rock Race and the Round The Island race.

“Medallia has a rich history of helping customers and partners achieve excellence and success. We believe this synergy in goals made us the ideal partner to support such a focused, talented athlete like Pip,” said Leslie Stretch, CEO of Medallia. “Her skill, ambition and determination to break down barriers in sport is hugely inspirational and we are proud to be working with her as she competes in what is probably the toughest endurance race in the world, the Vendée Globe.”

Racing for a good cause : when skippers give real meaning to their performance

D-27 Vendee Globe : Miranda Merron – delighted to be in good female company in the Vendée Globe

ROAD TO THE VENDÉE GLOBE #5: In the latest of our series of preview articles in the lead-up to the Vendée Globe start on November 8, Ed Gorman talks to Miranda Merron about female skippers and her own campaign.