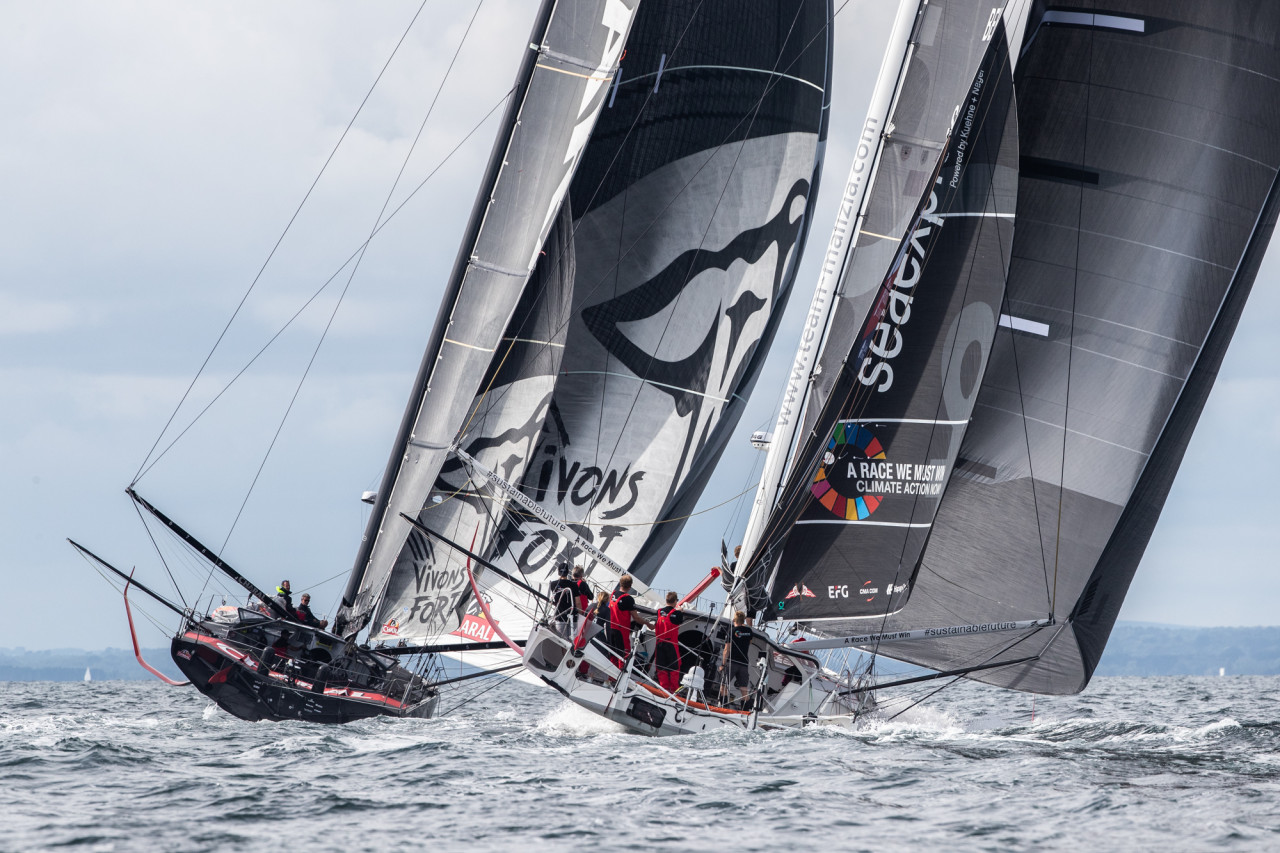 Over the winter, the Vendée Globe sailors treated us to a thrilling competition and their ability to share the values of solidarity really appealed to the public. Adversaries out on the water, these IMOCA skippers and their teams form a solid group, which also works hard, year-round, on the evolution of their sport and their machine.

In this way, over the course of the round the world race, the future of the current boats and their next iterations has been taking shape behind the scenes. Coordinated by the IMOCA Class (International Monohull Open Class Association), the Technical Committee which currently represents fifteen teams, has been putting forward, studying and debating the Class Rules 2021-25, all of which gained approval on 15 April 2021.

The broad outlines of this work had already been voted on in late August, but inevitably some of the answers would only be revealed during the Vendée Globe. The main challenge for the engineers was knowing how to react in real time to race events, whilst maintaining a set course prior to the start, a fact that was especially true for the skippers. Nearly 100 hours of (virtual) meetings culminated in a final draft, which was voted on at the Annual General Meeting.

“On behalf of IMOCA, I’d like to congratulate and thank all the members of the Technical Committee for their efforts in this thrilling and complex work. Putting forward fair rules, which leave room for innovation, whilst preserving the existing fleet and keeping control of the budget, is not such an easy task.

The sailors’ safety also remains our priority and taking into account the lessons we have learned from the Vendée Globe was key. We’ve finally managed to put forward rules that favour more sustainable performance, whilst once again encouraging the creativity of both engineers and teams.

In short, we have a technical evolution rather than a revolution. The scope of work for the next four years is now set out and, just a few weeks after the end of the Vendée Globe, the approach adopted by the teams is showing signs of a bright future,” explains Antoine Mermod, President of the IMOCA Class.

Innovation enabling a better balance between human activity and its carbon footprint is challenging engineers, athletes and event organisers to step up their game. The Class IMOCA has been working on these topics for several years and the Class Measurement now boasts new rules, which are enabling an initial development framework to be set out for the teams.

1 – The Measurement favours the use of biosourced materials for the elements of the boat that are non-structural and able to be dismantled (chart table, seats, bunks, shims, etc.), which will be removed from the boat’s measurement weight within a 100 kg limit. This was already the case for solar panels, green energy systems and scientific instruments.

2 – By 2023, every competitor shall have aboard one ‘Green Sail’ among the 8 permitted on IMOCA Globe Series Championship races. This sail can be made from alternative materials and/or be fully recyclable. In the Vendée Globe, Pip Hare and Ari Huusela completed the round the world race with one ISO 14040-certified sail that was 100% recyclable.

3 – A current IMOCA sails around the world virtually self-sufficiently in terms of energy thanks to hydrogenerators, solar energy and wind turbines. The diesel engine is retained for safety reasons, but the rule will now enable a team with an alternative solution for motorisation to put forward a study into it with a view to obtaining exemption from the Measurement.

4 – It is now compulsory for teams to carry out a Life-Cycle Assessment for any construction of a new boat or certain parts (standard parts, hull, deck, boom, rudders, bulb). The aim is to collect comparable data to better understand our impact and come up with a practical way of determining the goals for reducing our carbon footprint. IMOCA is working on this matter with a soon to be unveiled technological partner.

5 – Finally, the Class has drawn up the ‘IMOCA Teams’ Charter’ which focuses on seven themes that concern the daily life of the projects. This will initially call for all the teams to put in place the necessary means to reduce their impact.

The IMOCA Measurement determines the dimensions and power/stability criteria to be adhered to, as well as the maximum number of appendages and the compulsory standard parts like the mast and the keel. Until now, the size of the foils was unlimited. However, henceforth it has been deemed necessary to set a limit for two key reasons:

1 – To maintain reasonable power in terms of safety: the larger the foils, the more powerful the boat and hence the more reinforcements are required and the heavier and more complex it is to helm, especially singlehanded.

2 – The larger the foils, the more complex, the more costly and lengthy they are to manufacture.

In this way, the adopted rule proposes a method of calculation enabling the foils to be compared to one another, so they fit into a box rule, albeit with different designs and geometries. In the next Vendée Globe, this rule will translate as foils which are still relatively large, equivalent to those aboard the current Charal or Hugo Boss, but no greater than those.

There were few incidents in this Vendée Globe, which is a reflection of the overall reliability of the boats. However, Kevin Escoffier lost his boat and three other competitors retired following collisions. These events out on the racetrack have led to some changes to the safety rules, which include:

1 – The skipper’s safety equipment as well as their stowage location have been revised to make it even more effective in the event of major damage.

2 – The buoyancy rules for the boats have been increased (buoyancy volume up from 105 to 110% of the boat’s weight) so that in the event of a serious incident, the skipper can remain aboard his or her boat for as long as possible.

3 – The resistance criteria where something collides with the hull structure level with the keel and foils have been increased. Moreover, for the past few months, a multi-Class working party has been brainstorming the next generation of anti-collision detection tools geared towards race boats.

In order to have more of a 4x4-type attitude in the Deep South, the aft mast rake has been increased from 4 to 6 degrees. This means that the skippers will be able to better adapt their sail plan to extreme conditions. A change to the equipment on the mast will also enable more frequent and different usage of the storm sail.

The strength of the Class IMOCA lies in the variety of project sizes. Controlling cost is a complex issue then, but it is important to be able to maintain a context whereby everyone can continue to evolve.

1 – On-board electronics (telemetry) has developed a great deal over recent years and it is important to avoid creating too great a technological divide within the fleet. As such, any sensor in excess of 10k Euros must be commercially produced and be part of an authorised list, approved by IMOCA, which can evolve over time.

2 – A system for limiting the number of sails on a campaign has also been voted on with the aim of maximising how long a sail can be used out on the racetrack.

3 – Some rules also have an impact on construction with a limited list of permitted core materials (foams, Nomex…) and weights of carbon, which must also enable production times and costs to be reduced.

4 – Finally, in order to simplify the list of the teams’ R&D topics, some new parts will be standardised. This currently relates to the mast, the keel fin and ram. Going forward, the boom and all the standing rigging will also be made standard, along with the satellite communication via Iridium-Certus, with the Thales antenna (except in The Ocean Race).

Departure imminent for The Ocean Race Europe (29 May-19 June)!

The IMOCAs will soon be back out on the water with the start on 29 May of the inaugural running of The Ocean Race Europe setting sail from Lorient. For the first time, the teams will be racing in mixed crews in this ‘Ocean Race’ format and one of the members of each crew will be in charge of media production. The IMOCAs will also be hooking back up with the VO65 fleet for an intense race between Brittany in France, Cascais in Portugal, Alicante in Spain and Genoa in Italy.