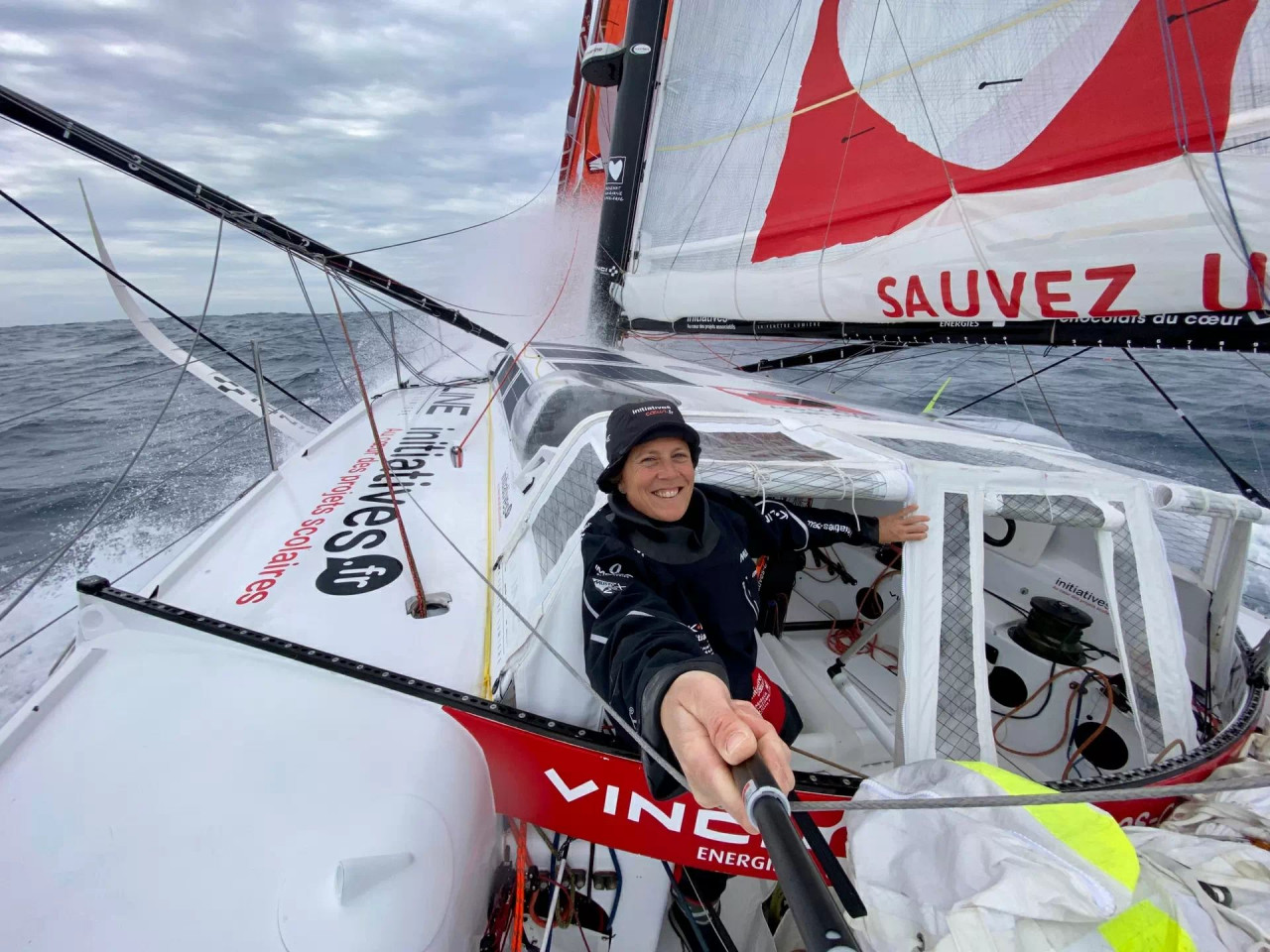 The sailor left Cape Town on December 14th, out of the race, on board her IMOCA Initiatives-coeur, which was entirely repaired by her technical team.

Samantha Davies's goal now is to complete the journey in order to continue raising funds for the Mécénat Chirurgie Cardiaque association and thus save children whose heart problems require surgery. Click on the Initiatives-coeur Facebook page!

I am writing this as I wait for my pasta to cook in the thermos pot.

I have had a full-on day today with a bit of everything! I have been reaching ahead of a small, but fast moving young depression. This morning the conditions were great with 25-30 knots of wind and a great sea state with a good angle to the waves, finally I had a good run, averaging 20 knots for several hours .

As the front hit, the wind increased to 40 with gusts of 50 knots which was a little bit more than I had expected, but totally manageable. I popped in the third reef and Initiatives Coeur trucked along steadily.

Then I had to gybe after the front, the wind was down to 30 and with three reefs and the J3 a gybe is pretty straightforward... or so I thought... unfortunately the third reef line slipped in its jammer on the gybe and this let the main go further...  and unfortunately one of  my battens broke in the gybe. So then I had to drop the main (to do that I had to furl the J3 to go head to wind), get the broken batten out, cut the new one to the right length, fit it back in (easier said than done;-)

All done, but in the meantime the wind is back up to 35-40 knots and I am not going to be able to re-hoist just yet... so I am going to have my pasta to recover, a little sleep, and hopefully the wind will let me re-hoist in not too long. And with 35 knots I am managing to average 13.5 knots boatspeed with my J3 only which is not too bad!

Out here Sundays are not rest days!!