Pip Hare is 'Back in the Game' 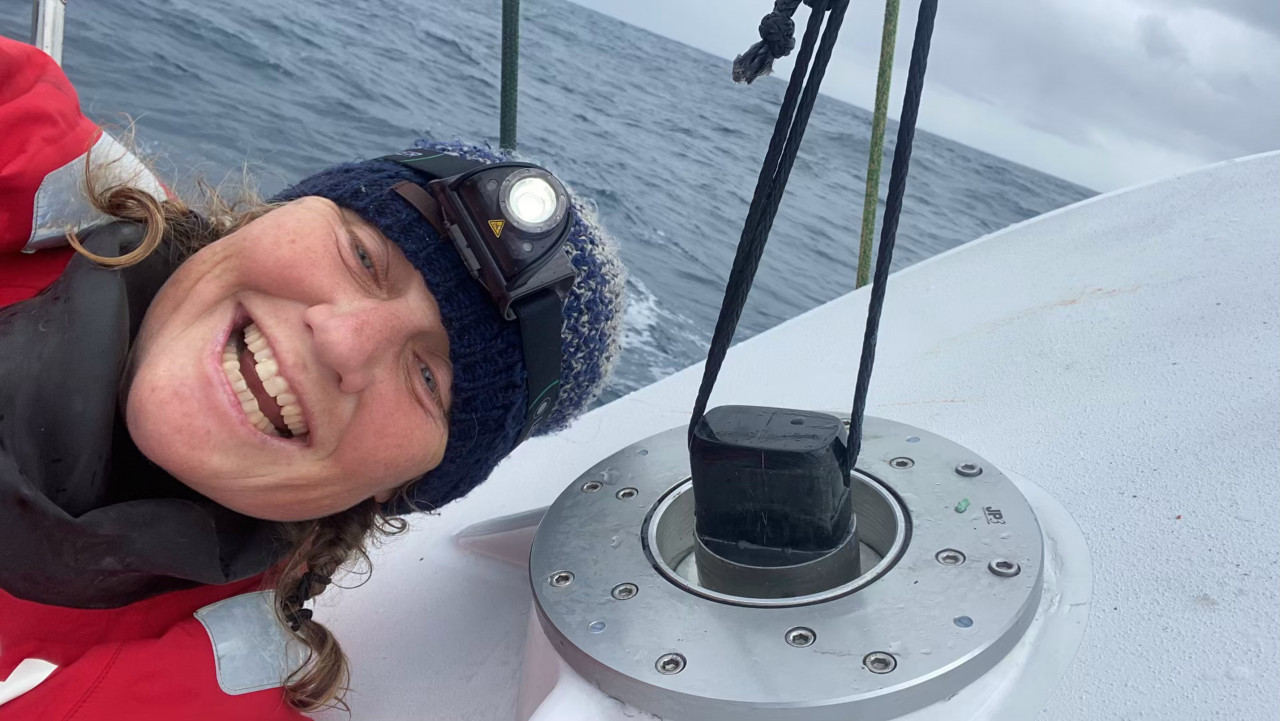 Succcess! Pip Hare has replaced her port rudder in the depths of the South Pacific....she writes !

Every part of my body aches. I have bloody knuckles on every finger, bruises all down my legs and muscles I didn't know I had that hurt but YES!!!!! The new rudder is in and Medallia is back in the game.

Alan Roura had to replace a rudder on this boat, in a fairly similar place, when he was racing it as La Fabrique in the 2016 Vendee Globe. I talked to Alan about this story and it always amazed me that he was actually able to change a rudder in the Southern Ocean, I couldn't imagine how hard it must have been. On the strength of his story I had a spare rudder built for my race and Joff and I practiced the procedure for changing the rudders over just two weeks before the start in Le Sables d'Olonne. But every time I thought of Alan changing the rudders over in the Southern ocean there was doubt in my mind as to whether I would be able to do it.

Yesterday I was scared and apprehensive. The conditions were far from ideal, a big swell and a forecast for a light patch between gales. I talked through the procedure with Joff and with Paul, the main concern was slowing the boat down enough to get the rudder in and then the boat landing on the rudder stock and doing damage to either. Eventually with a drogue out of the back and under bare poles in 16-18 knots of breeze I went for it.

I think the whole procedure took about an hour and a half with many hours of preparation and packing up before and after. My heart was in my mouth for the whole time. I ran around the cockpit, winding winches, pulling ropes, sliding over the to the back of the boat to grab, yank, manhandle, rudder ropes and anchor chain. Once I was committed to doing it there was nothing that was going to get in my way. There were some tough moments and I had to plead with my boat and the ocean a couple of times but when that new rudder stock finally came shooting up through the deck level bearing the out loud whooping that came from me could easily have been heard for miles around.. if anyone had been there to hear it.

I'm now back in the game, the breeze has filled in and Medallia is humming along at 15 knots and I can't quite believe that I did that.

I have always said one of the things that attracts me to solo sailing as a sport is that it allows me to become the best version of myself. When alone in the middle of an ocean there is no easy option. You must face every problem head on and find the solution from within. This race has challenges every aspect of what it means to be a human being, on every level we are forced to perform and do extraordinary things. You can see this across the whole fleet, as each skipper deals with their own problems after 60 days of racing, all of us fighting to stay in the game. I am proud to be one of this number. I am proud to be a solo sailor competing in the Vendee Globe.

Now can I please have a pass out of the Southern Ocean? I think I am done here now.

Pip Hare on board Medallia