Pip Hare: the best is yet to come from Bureau Vallée 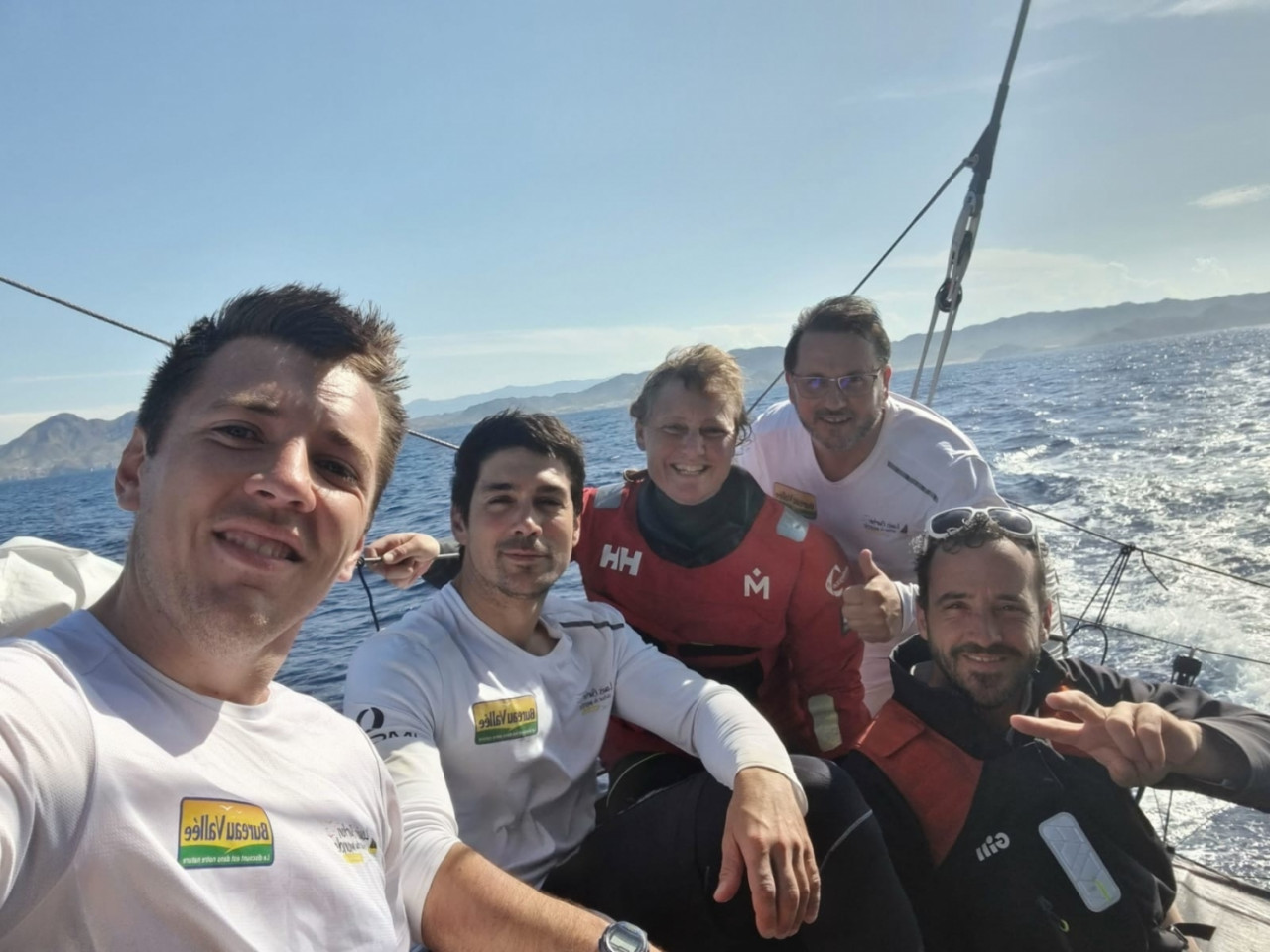 The final offshore leg of the inaugural staging of The Ocean Race Europe looks like another light wind affair, as the five IMOCA crews battle it out from Alicante to Genoa, with the overall winner very much in the balance.

One crew who have a point to prove is the team on the new Bureau Vallée 3, the only IMOCA designed by Sam Manuard with its distinctive scow bow. The crew skippered by Louis Burton had a mad scramble to be ready for this race, so a winning performance was never on the cards.

However the team from St Malo is determined not to finish at the foot of table and Pip Hare – the British Vendée Globe skipper of Medallia – who joined the crew for leg 2 and will also be on board for leg three, believes the best is yet to come.

“I just think there is so much potential there and Louis is such a raw sailor – he never stops pushing ever,”she said. “This last leg we had a bit of debacle with our A2 at the top mark and everyone was gone and we came back from that. Then we had the tackline go and all the way through the Strait of Gibraltar we were on three reefs and a storm jib and we came back from that.”

The effervescent 47-year-old Briton says the Bureau Vallée crew knew that a better finish than fourth was possible in Alicante. “We were so excited coming in,” she recalled, “it looked like we were going to have a third place, we were chasing for second and at the last minute 11th Hour Racing Team overtook us. But the performance is there and everyone must be looking over their shoulders going ‘crikey!’”

Hare is expecting light winds on the way to Genoa and reckons a competitive getaway on Sunday is critical. “A good start is vital – it’s phenomenal that that is the case and that the start matters. It says it all about this racing – it’s great,” she enthused.

From her days racing in the Mini class she also knows how difficult Genoa can be from a weather perspective, with another light wind finale on the cards. “Coming into Genoa is going to be super-tricky and certainly my experience of that area is that it is going to be snakes and ladders there for sure.”

Trying to win the leg is one challenge, but Burton’s crew is also using The Ocean Race Europe to learn the boat and racing against rival IMOCAs of the same generation is the perfect recipe. Hare says having access to competition of this quality is “gold” for the team.

She has been impressed with The Ocean Race Europe fully-crewed and course format. “I think it is really interesting actually and doable,”she said. “It is difficult to do anything straight after a Vendée Globe – there is a lot of boat shuffling and refits and all that sort of stuff. But I think this is a really nice format – it’s not too big a commitment and it offers some good opportunities to try new things. It’s good racing and it’s showcasing IMOCAs and that’s good.”

Taking part in the race has made her think about The Ocean Race. But Hare says her focus for the next three years on her own new boat – the former Bureau Vallée 2 currently being rebranded as Medallia – will be on the Vendée Globe 2024, starting with a busy 2022 with the Bermudes 1000, the Vendée Artique and the Route du Rhum.

“It is difficult because I had never considered The Ocean Race before Louis invited me on this one,” she said. “Now, of course, it is interesting. I think the racing has been incredible; it has been so close.” She added that The Ocean Race could be an option for her next campaign after the Vendée Globe.

In the meantime we asked her what she had taken away from leg two – her first experience on a foiler – that she will use once she gets her new boat back in the water at the end of July. “Attention to detail,” she said. “You can get so much from a small little tweak and that could be the difference between flying and not flying. It’s been really good to watch these guys and see how intense they are – I’ve definitely taken that away,”she added.