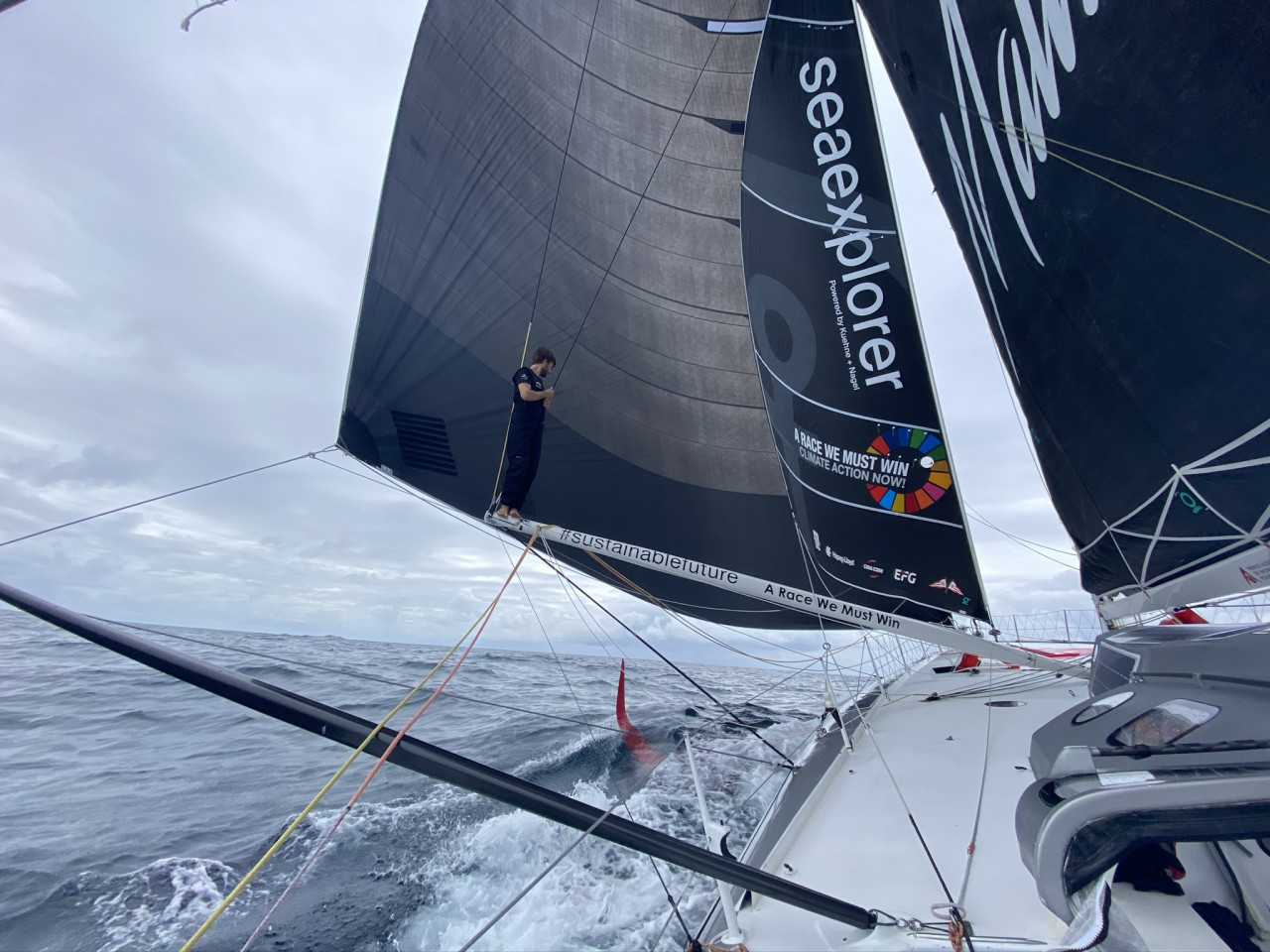 This single- handed race, will take the 21 sailors from France to the coast of Iceland, near the Arctic Circle and then on to the Azores before heading back to France. The race is estimated to take 10 to 12 days and will be the first nautical event since the Corona health crisis. The race is designed as strong solo training before the big deadline of the solo round the world race.

The 39-year-old skipper who has been sailing the oceans for almost 20 years, will set off on 4th July with a twofold objective: to train by testing the boat in race conditions in preparation for the Vendée Globe and to collect scientific data from the ocean. In collaboration with the IOC-UNESCO, Boris will place an Argo profiling float near to Iceland to measure water salinity and temperature. At the same time, he will provide essential data to the scientists at the Max Planck Institute for Meteorology, Geomar in Kiel and Ifremer, thanks to his high-tech onboard SubCtech laboratory. This device measures ocean surface CO2 which is key to help scientists better understand the impacts of climate change in our oceans and as Boris often sails in remote locations this data is often scarce.

Malizia II, renamed "Seaexplorer - Yacht Club de Monaco," after the arrival of a new partner with shared values, the world leader in logistics, Kuehne + Nagel. "The Malizia team and Kuehne + Nagel share the common goal of improving the health of the oceans. Both partners base their approach on the wealth of scientific evidence that proves that the health of the oceans is ultimately essential to human well- being." said Boris Herrmann. Seaexplorer is the intelligent digital platform created by Kuehne + Nagel it provides CO2 emissions data on the world's largest network of the ocean freight services with the aim of allowing customers to make intelligent transport choices to create a sustainable future in shipping. The team will also add three new secondary partners' logos to their sails with MSC, CMA CGM and Hapag-Lloyd joining for the Vendée campaign and the team will continue to have the great support of EFG Private Bank.

The yacht was launched in 2015 for the 2016 Vendée Globe skippered by Sébastien Josse and taken over in March 2017 by Boris Herrmann, it finished, under the colours of the Yacht Club de Monaco, 3rd in the Fastnet Race 2017 (with Pierre Casiraghi), 4th in the Transat Jacques Vabre 2017 (with Thomas Ruyant) and 5th in the Route du Rhum 2018. In 2019, Boris Herrmann and Pierre Casiraghi took aboard Malizia II, the young Swedish environmental activist Greta Thunberg to New York for her speech on climate change at the United Nations conference, before taking part a few months later in the Transat Jacques Vabre 2019, where he finished 12th.

This winter, "Seaexplorer - Yacht Club de Monaco" which is based in Lorient, underwent a complete refit with the addition of new foils! The improvements have created a highly competitive IMOCA that the German skipper hopes will prove successful for the Vendée-Arctique Les Sables d'Olonne starting on 4th July.