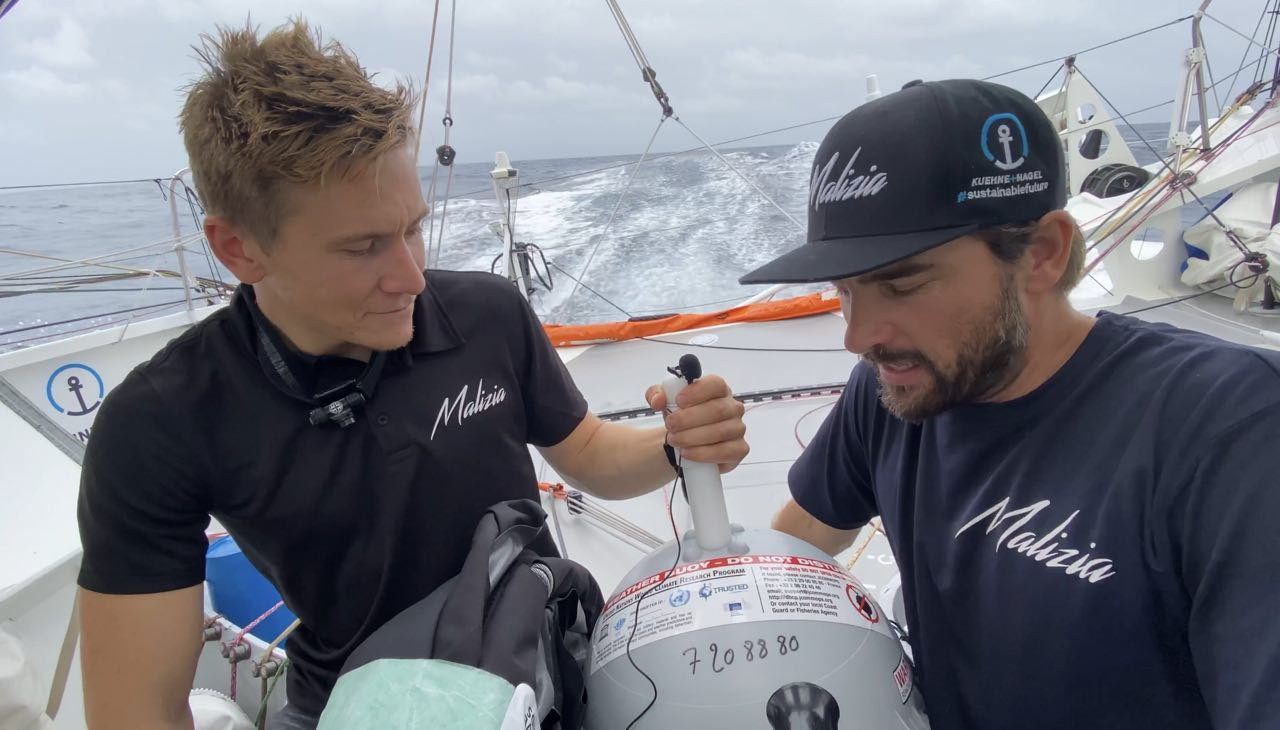 Boris Herrmann and Will Harris, competing in the Transat Jacques Vabre, deployed a drifter float on Wednesday. The objective is to collect parameters such as surface temperature, air pressure, surface current. This data is transmitted several times an hour to a satellite so that scientists can retrieve it.

The Malizia Yacht Club de Monaco team is committed to the "Sport for Climate Action" initiative of the United Nations Framework Convention on Climate Change (UNFCCC). The aim is to make a contribution to fighting climate change for a cleaner and safer planet and thus accept the role of the sports sector for climate neutrality.

As part of its Malizia Ocean Challenge campaign, IMOCA has already collected scientific data on the concentration of CO2 in the oceans and has developed awareness-raising campaigns on the protection of the maritime environment and climate for schoolchildren.