The IMOCA CORUM L'Épargne back on the water 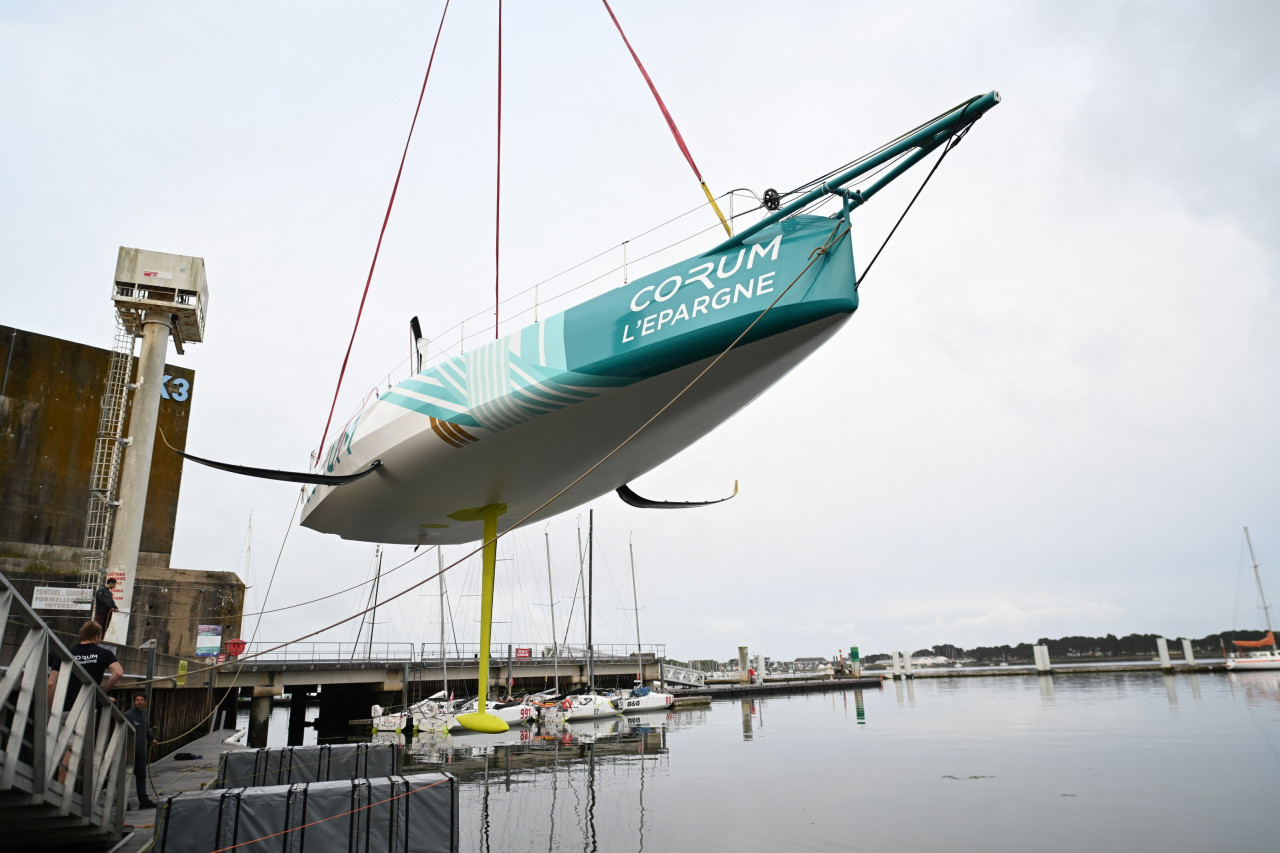 The IMOCA CORUM L'Épargne was relaunched on 18 May in her port of registry of Lorient, south-west Brittany. Nicolas Troussel, her skipper, and a crew made up of Sébastien Josse, Marie Riou and Benjamin Schwartz, will take her on her first sea trials in the next few days in order to get a feel for the boat and familiarise themselves with the latest optimisations with a view to the upcoming races.

After more than four months in refit, the CORUM Sailing team got together on 18 May to relaunch the IMOCA CORUM L'Épargne, a moment eagerly awaited by the sailors and shore crew, who are keen to see the boat sailing again after her dismasting offshore of Cape Verde during the Vendée Globe 2020.

Kicking off in February, the work undertaken by the team has enabled the necessary optimisations to be made to the boat with a view to this year’s race schedule: adaptation to crewed configuration (one helming station, one watch position, a relaxation area geared around two sailors, on-board equipment suited for legs lasting a few days rather than a singlehanded round the world…), reinforcement of the hull bottom, optimisation of the electronics, a safety upgrade in the form of new sensors, the installation of a device to ward off cetaceans, as well as the stepping and rigging of a new mast.

Following measurement tests and a weigh-in to check that the boat complies with the IMOCA rules, the four sailors will have ten days or so to familiarise themselves with the IMOCA CORUM L'Épargne, learn to sail together and validate the work carried out over recent months. They will then take the start of The Ocean Race Europe, which will be contested in three legs spanning the Atlantic and the Mediterranean.

This race is the first meeting in a very extensive 2021 sailing programme. Nicolas Troussel will then go to participate alongside Sébastien Josse in the Rolex Fastnet Race setting sail from the Isle of Wight (off the south coast of England) on 8 August. From there they will return to Lorient where they are due to participate in the Défi Azimut in mid-September, prior to the start of the 15th edition of the Transat Jacques Vabre scheduled to set off on 7 November.

Skipper Nicolas Troussel is delighted: “The whole of the CORUM Sailing team has really put in the hours over the winter to upgrade the IMOCA CORUM L'Épargne. We’re all eager to get back out sailing on this fabulous boat. The next few days will enable us to validate all the work carried out over recent weeks so we can take the start of The Ocean Race Europe in optimal conditions with a high-performance boat. This on-the-water clash in crewed configuration is sure to involve a steep learning curve.”