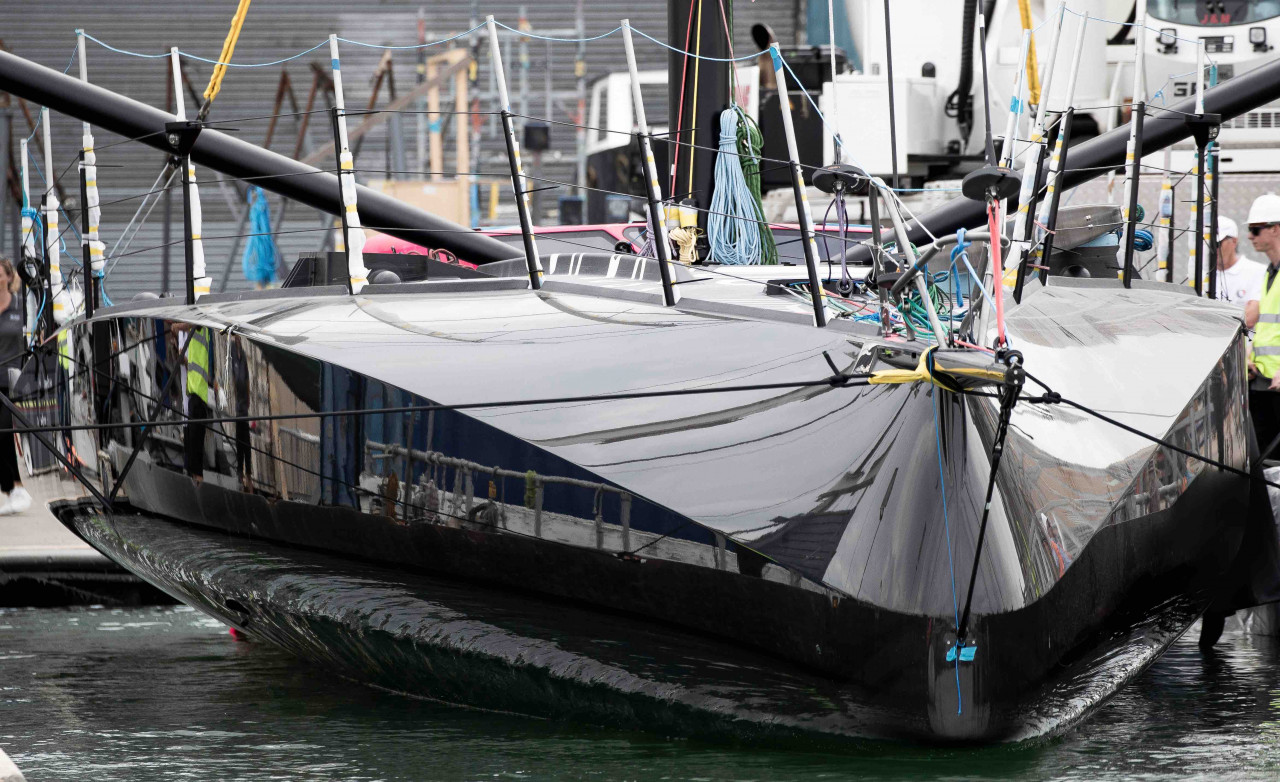 British sailing team Alex Thomson Racing is announcing the completion of the new racing yacht, which it hopes will lead the team to victory in the 2020-21 Vendée Globe round-the-world race.

The IMOCA boat, HUGO BOSS, is the product of more than two years of painstaking design and build work undertaken by the ocean racing team, together with more than 100 naval architects, engineers and boat builders.

“What makes us one of the most exciting teams in this sport is that we display the courage to lead” Skipper Alex Thomson said, as HUGO BOSS was lowered into the water for the very first time. “We innovate, we push boundaries and we’re not afraid to do things differently. We accept that, in doing so, we might not always be right. But we are certainly not afraid to explore things that have never been done before”.

Designed in partnership by the Alex Thomson Racing technical team - led by Design Manager Pete Hobson - and French naval architects VPLP, the revolutionary new boat was built in Hampshire, England, close to the ocean racing team’s home base of Gosport.

Spearheaded by world-renowned British boat builder Jason Carrington, the build itself began back in June 2018 and has involved more than 50,000 hours of specialist construction.

HUGO BOSS – the name carried by all six of the team’s previous IMOCA boats – is a purpose-built 60ft long carbon fibre yacht, weighing 7.6 tonnes and featuring state-of-the-art hydrofoils. The boat’s deck and coach roof, meanwhile, feature solar panelling, an addition which the team hopes will allow it to achieve its ambition of sailing around the world without the use of fossil fuels.

The boat’s striking black carbon hull - with its significantly streamlined bow – has now been made public, a demonstrable architectural step forward from the team’s previous iterations. The hull’s glossy black finish echoes the sleek brand identity of the team’s Title Partner, HUGO BOSS, whose BOSS brand logo has been cleverly created from silver carbon fibre and embedded into the hull itself.

The distinctive black hull is in stark contrast to accents of fluorescent pink which can be seen across the boat’s coach roof, keel and rudder. Devised by Industrial Designer Karim Rashid – the man behind the brand identity of the boat – the bespoke fluro tone is a first for the IMOCA class.

The boat will also feature never before seen on-board technologies, developed alongside Technology Partner Nokia Bell Labs, which is incubating this work for the sailing team, in keeping with its research for high-performance mission-critical applications.

“This sport is no longer just about qualified naval architecture and competent ocean racing” said Stewart Hosford, CEO of Alex Thomson Racing. “It’s a design and engineering challenge at the highest level. It’s about bringing together the best in the world in every single area, in the relentless pursuit of excellence, of perfection.”

Thomson and his team will now undertake a period of on-water commissioning and testing before the new HUGO BOSS is officially launched and christened in September. From there, the boat will debut in the double-handed Transat Jacques Vabre race in October 2019 before Thomson undertakes his first solo race in the New York to Vendée in June 2020, the penultimate race in the IMOCA calendar before the Vendée Globe itself in November 2020.