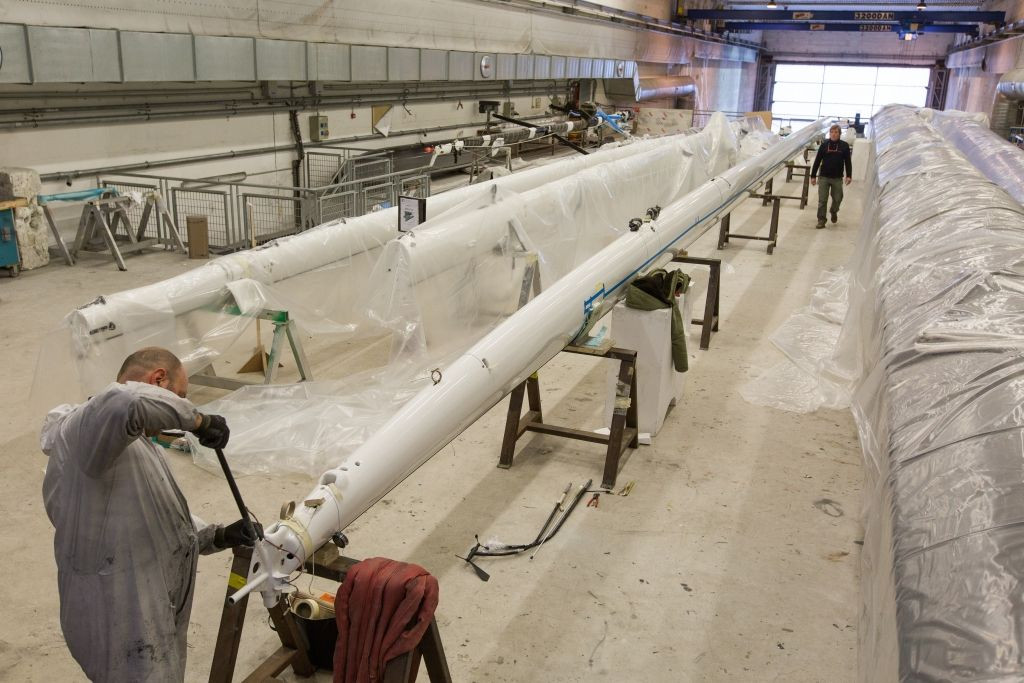 The decision to standardise the masts and keels of its new boats was a compromise between an open measurement and a one-design boat. Two years on, with several new craft in build, the first standardised elements have been integrated into the boats. Their design and manufacture has been entrusted to approved suppliers, who are all specialists in their field and fully acquainted with the requirements of the IMOCA 60, to the extent that they are already recognised as references on the subject. For both the masts and the keels, there is a pool of technical partners, each of which is developing a range of special skills from the design through to the manufacture of the standardised parts.

IMOCA is breaking new ground by introducing standardised elements to prototype competition boats. After consulting with the technicians, skippers, naval architects and, of course, approved suppliers, the decision-makers have been able to draw up exacting specifications:

LORIMA in Lorient, south-west Brittany, is the company responsible for manufacturing the masts and delivering them to the teams. The first spar is about to be delivered to Team Safran for Morgan Lagravière’s new monohull.

For the Lorient-based company, it’s a major challenge that awaits them: “We really need to guarantee total equity between the teams by supplying identical masts to everyone. To achieve this, we’ve put in place some stringent control procedures. In the lay-up, we’re capable of providing original samples of all the materials used. Following that we carry out ultrasound tests and stiffness tests, in the knowledge that all the masts have to weigh the same…” explains Vincent Marsaudon, Director of Lorima. This tough specification was outlined in partnership with the IMOCA Class’ technical committee, which initially worked in collaboration with Denis Gléhen, who is in charge of the mast design. A special quality record has been recreated and it forms the information base, which will enable the IMOCA Conformity Agreement for the Mast to be issued. “The final control checks are done in the presence of the class’ Chief Measurer, who validates the work carried out. Furthermore, we have an electronic chip which will effectively become the mast’s memory.” The first baptism of fire, in just a few days’ time, kicks off with the new mast for Safran.

These are the same principles of cooperation that guided IMOCA in the designation of suppliers for the standardised keels. AMPM is not a novice in this regard since the Vendée-based company has already manufactured numerous fabricated keels as well as the first keel fin machined from a solid billet of steel for Vincent Riou and PRB in 2006.

As with the masts, the work is the fruit of a close relationship between Sébastien Guého of HDS (Hervé Devaux Structures), who designed the keel model and the company AMPM, which is providing its industrial expertise. It is notable here that we find the same rigour of execution and the same desire to ensure all the teams are on an equal footing. “Basically, we start out from the same block of material. We check the mechanical quality of the material and we carry out extensive chemical analysis to guarantee this first point. After that, all the parts are machined exactly according to the model, which was supplied to us by HDS. After the machining, we recheck all the part’s quoted values, we weigh it – the differentials are less than 3 kilos on a part that weighs in at around 950kg – and we move it to the bench with a bending test of 3.1t at its top end (the maximum weight of the bulb).” At that point the keel’s trailing edge is fitted, scrupulously checking that all the trailing edges are identical. As with the masts, the IMOCA class’ Chief Measurer checks all the production elements, certified moreover by a quality record, which the company is responsible for completing. As such, through its expertise, AMPM is particularly well placed to understand the importance of a reliable keel with a view to completing a solo round the world race.

The canting system of this keel is also standardised. This particular job was entrusted to the Hydroem company based near La Rochelle, it too having collaborated with IMOCA for a number of years. A familiar name on race podiums around the world, Hydroem has brought all its experience to the fore to design and manufacture a reliable and high performance system.

In this way, IMOCA is now entering into the practical application of the new measurement rule, which will remain unchanged through until the end of the Vendée Globe 2016-2017. New standards, new constraints for the teams and architects and time to adapt are bound to be necessary so that everyone can integrate the new rules as smoothly as possible. However, the precision of the specifications and the desire by all those involved to comply with the stringent quality standards are the best guarantee of success in the switch to standardisation for two particularly sensitive areas in the construction of IMOCA monohulls.