Third leg of The Ocean Race Europe - Place your bets! 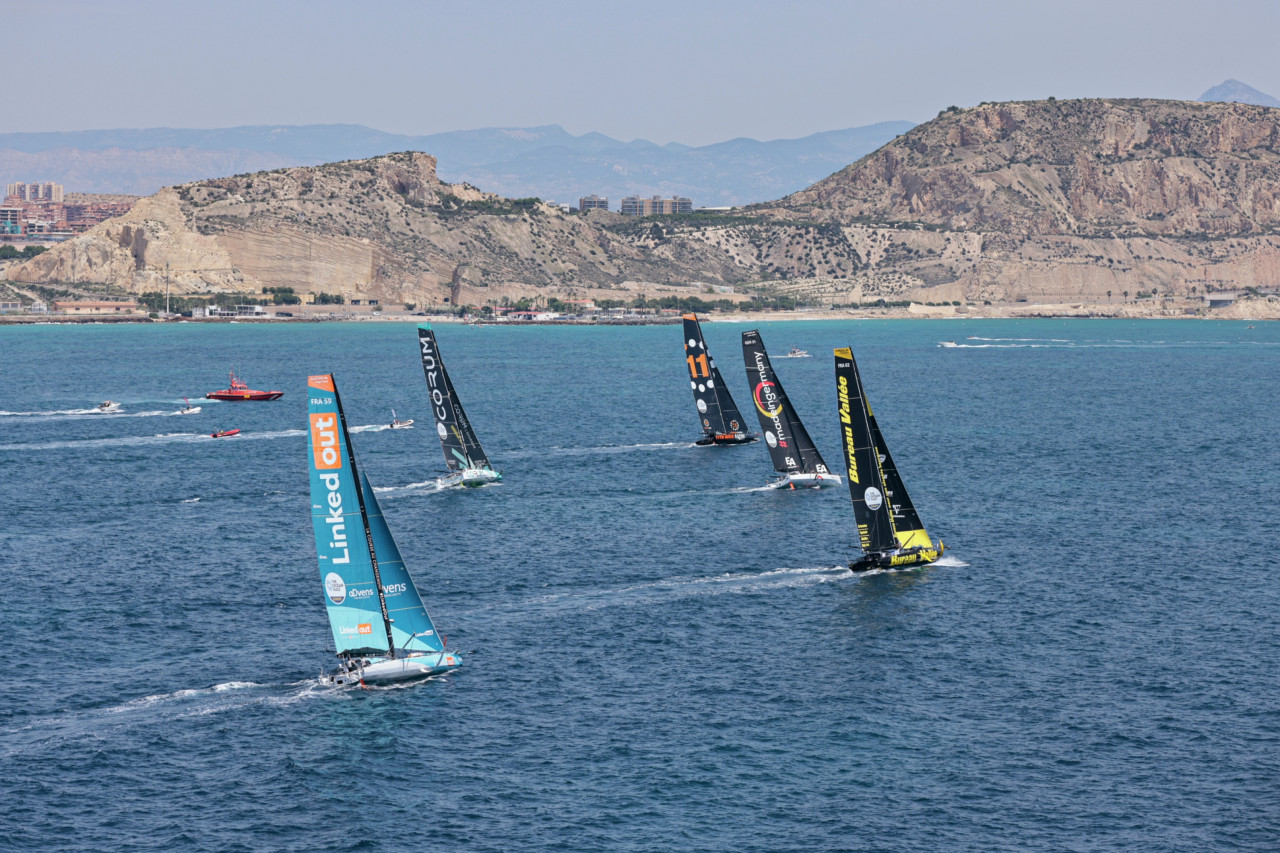 This afternoon, the twelve teams competing in The Ocean Race Europe (VO65 and IMOCA) took the start from Alicante of the third and final offshore leg of the race bound for Genova.

In IMOCA, there’s precious little separating the competitors and three teams are at the top of the leader board with nine points apiece. As such, the 600 miles left to cover in this race will be decisive in the run up to next Saturday’s last coastal race in Genoa where the outright champion will be crowned.

The fleet set sail at 13:00 hours local time bound for Italy. The course initially led the fleet around the 'Alicante living mark', positioned three miles from the start line, opposite the Cap de l’Horta. From there, the competitors launched onto a reach of around 10 miles towards the island of Tabarca before heading offshore and setting a course for Italy.

In line with forecasts, conditions at the start were coloured by a pleasant E’ly wind of between 12 and 15 knots enabling the foilers to put on a great show once they’d passed the first course mark.

Upcoming conditions are set to become more complicated with a number of windless zones to negotiate. The challenge will consist of making the most of the coastal effects, especially around Palma, along with finding the quickest routes between two areas of breeze. At this point, the teams will need to be opportunistic and highly focused in order to nail the best possible strategy.

The various options will inevitably play a crucial part in victory in this leg. Up till now, the races have been incredibly tight, in both classes as well as in the ranking. LinkedOut (FRA), Offshore Team Germany (GER) and 11th Hour Racing Team (USA) boast nine points, though the winner of the second leg, Thomas Ruyant’s team, has a slight edge. In fourth place, CORUM L’Épargne has six points and Bureau Vallée three. At this stage of the race, every one of them is still a contender for victory.

“After the first reach, we’re sure to be at the tail end of the fleet, but in the light airs and especially upwind, we’re going to have more going for us. Rather than a drag race it’s really going to be all about strategy. We’re going to need to be patient and opportunistic. The foilers will be favoured when there’s a little more breeze. It’s hugely motivating to be in this position in the ranking. Conditions are such that we’re still in with a chance of the top spot so we’re going to go pedal to the medal all the way to Genova!”

"The situation looks set to be very tricky as right now there’s no big breeze forecast for the coming days. We’re going to have to come up with a good strategy to pick our way through the light airs. The direct route doesn’t look to be the right solution. The best thing to do will be to hunt down some breeze further south, then climb back up, but we’re not sure whether we can latch onto enough breeze to pull our way back up after that. It’s really hard to choose which option to take. I think it will be an interesting leg and I’m eager to see which options the teams go for.”

“We’re going to continue to sail well, increase our understanding of the boat, have fun and have a good race. We’re eager to sail a solid last leg. Time will tell whether we try our luck and whether other routes open up in the process. In any case, we’ll be happy to sail in contact with the other boats as that’s where you learn the most.”

“You never know how things will play out at the finish so we’re going to try to line ourselves up for Genova with the focus on continuing to learn about the boat. We’ve pinpointed some areas of weakness on the boat and we’ve immediately been able to effect repairs thanks to the team rallying together. We’re very happy to be taking part in this race, we’re having a ball and each time it’s a great match out on the water. It’s ticking all the boxes so now it’s down to us to place higher than fourth on this last leg!”