Vendée Arctique : Everything you need to know 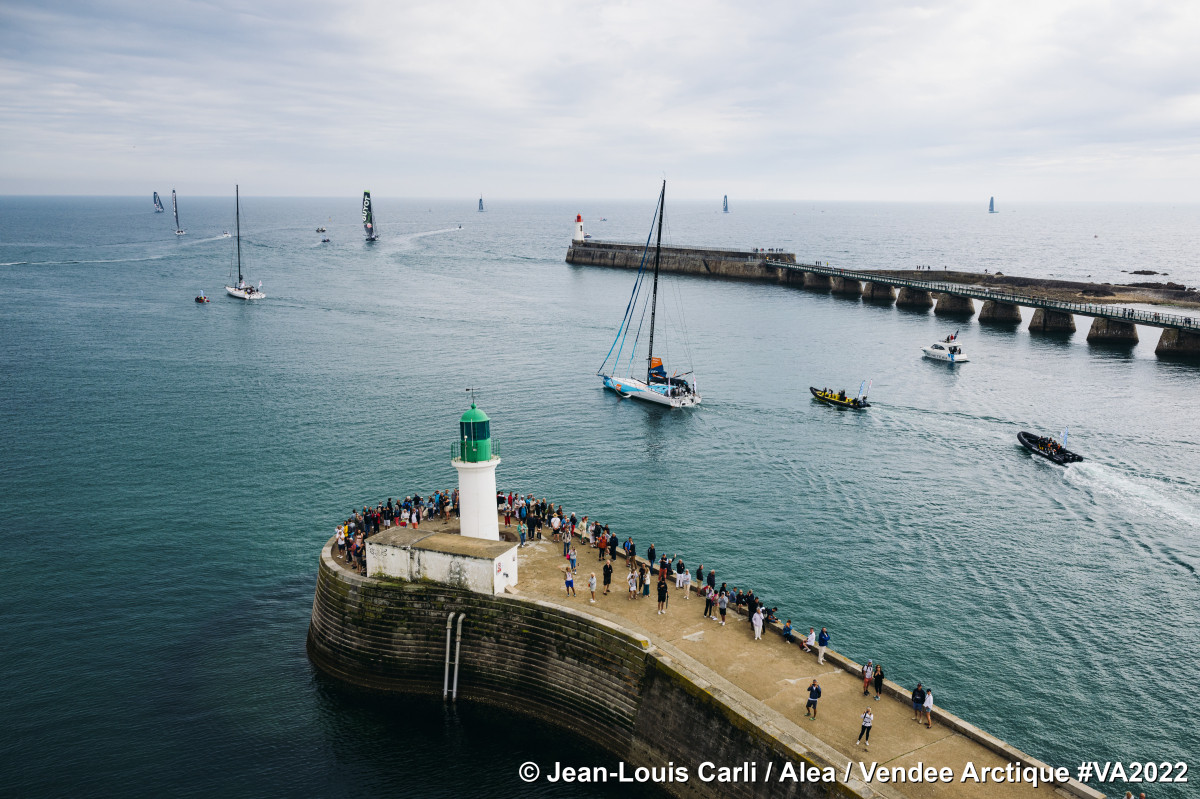 The start of this second edition of the Vendée Arctique-Les Sables d’Olonne will be on Sunday June 12 at 1700hrs local time. Then 25 solo sailors will head off on a course which is about 3,500 nautical miles. Whilst the Vendée Globe heads south across the Equator, on this race the solo skippers head northwards towards the Arctic Circle. They will then round to the north of Iceland passing clockwise or anti-clockwise depending on the weather outlook at start time. At the latest, that course decision will be made on the morning of Saturday June 11.

The race is now organized by SAEM Vendée which also organizes New York – Vendée Les Sables d’Olonne which runs in the Spring of 2024 and the Vendée Globe. In truth the Vendée Arctique – Les Sables d'Olonne was born out from the health crisis and was initially run by the IMOCA class. When two key Transatlantic races had to be cancelled in the immediate lead up to the 2020-2021 Vendée Globe because of the health crisis, skippers were in danger of being short of the hard ocean racing miles needed to test and prove the reliability of their boats and test their own preparations.

So the idea was conceived to race into high northern latitudes for the first time for the IMOCA class. The first edition proved to offer a great, close sporting challenge for the skippers and was also universally embraced by race fans and so it has become a key fixture on the IMOCA Globe Series calendar but run by the SAEM Vendée. And now it is a great addition to the portfolio of summer tourism offerings in the Vendée region.

Only boats entered into the IMOCA Globe Series class are allowed to compete in the Vendée Arctique – Les Sables d’Olonne, that is to say IMOCA racers cannot do it as a single, standalone race but they need to be entered into the series which is the primary required qualifying series to ensure entry into the Vendée Globe.

The boats are 60-foot (18.28m) development monohulls built to conform to a set of simple ‘open’ rules which limit only certain parameters such as length, beam(s), draft as well as recently adopted one design keel systems and rigs. They can be equipped with foils.

With a theoretical course distance of 3,500 nautical miles (6,482 km) the Vendée Arctique is typically a similar distance to the four yearly Route du Rhum Destination Guadeloupe Transat but ‘The Rhum’ races south into regular trade winds which allow skippers to sail fast in an established rhythm. In contrast the Vendée Arctic climbs through and/or around the strong, changeable winds of North Atlantic low pressure systems into increasingly cold, unsettled hostile winds and seas.

And returning to Les Sables d’Olonne often there are blocking high pressure systems with light winds in the Bay of Biscay such as happened last time meaning the race is not over until the finish line is crossed and places can change In the final miles into the Vendée finish line.  The race is expected to take between 10 and 12 days depending on the weather and sea conditions. And so it is extremely intense and very tiring, the route being constrained by the geography of northern Europe and the Arctic. Strategic options are limited and the weather systems pass fast and often.

Weather consultant for the Vendée Arctique – Les Sables d'Olonne, Christian Dumard explains: "On the climb to Iceland there is a corridor where the depressions come from Newfoundland and the United States. They are pushed back to the north and circulate towards the west or east of Iceland. They will need to cross these depression and the key is to choose the best moments to cross. It is complex because they move quite quickly and so they need to be vigilant. That will be interesting and engaging for race followers but that means an awful lot of work on board with many, many maneuvers, sail changes and a lot of navigation work”.

CLOSER TO A POLE THAN THE VENDÉE GLOBE

By heading up to the north of Iceland, the skippers pass into a whole new territory, a new world of adventures in waters where the IMOCA fleet has never ventured. And the Arctic Exclusion Zone (AEZ) is a no-go zone set for security reasons, is the most polar (closest to a pole) ever set. The boundary line to the north is at latitude 69°45.00 N. The Arctic Circle is at 66° 30 N. Bear in mind the northernmost point of Iceland is at 66°46 N.

In addition, the candidates for the Vendée Globe 2024 aim to aggregate racing miles. This selection criterion will be taken into account in the event that more than 40 solo sailors complete their Vendée Globe registration file.

Fremch skipper Jérémie Beyou won the first edition of the Vendée Arctique – Les Sables d'Olonne in early summer 2020. On a course of 2,807 theoretical miles that took the fleet to the southwest of Iceland, the skipper of Charal was the fastest, winning in 10d 5h 14' 08''. Charlie Dalin (Apivia) and Thomas Ruyant (LinkedOut) completed the podium.

THE 25 SKIPPERS, FRENCH UNLESS STATED