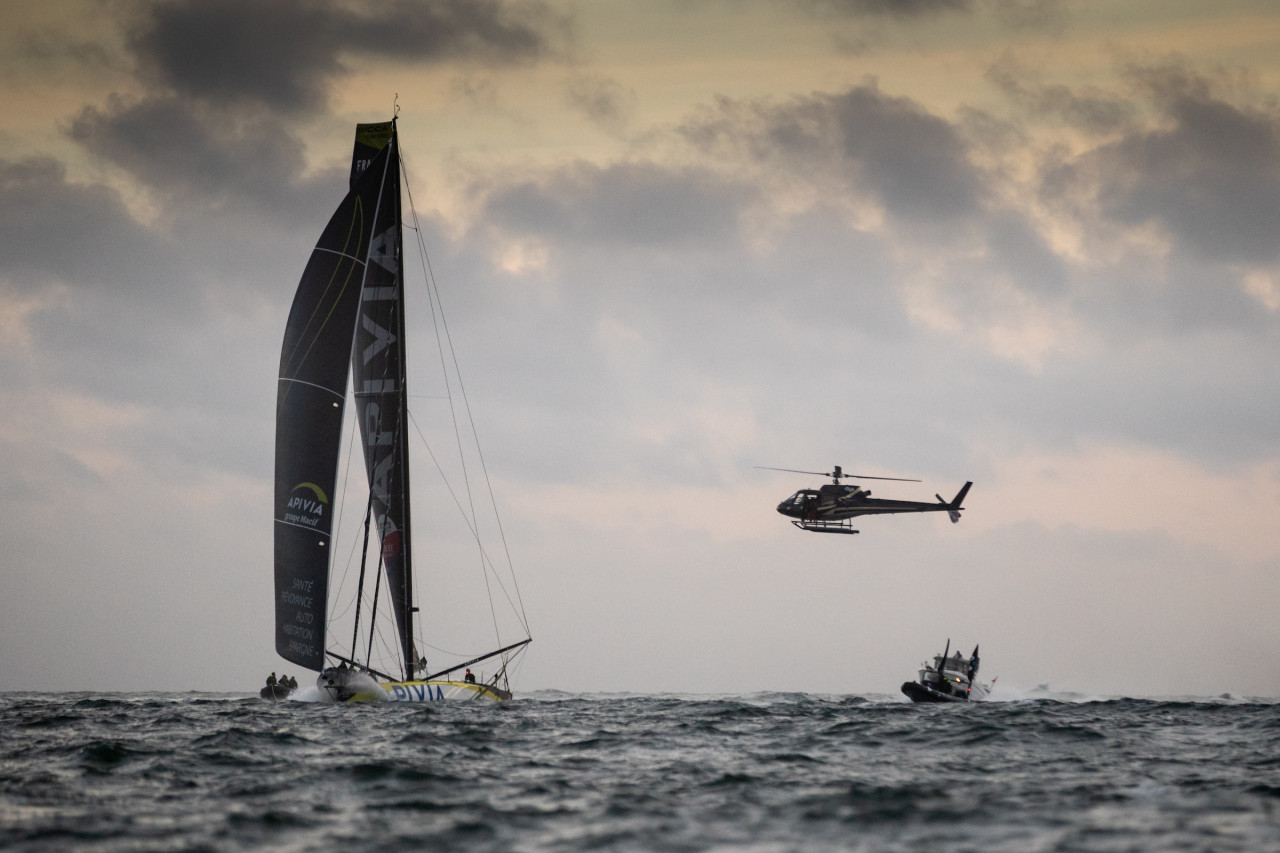 The Vendée-Arctique-Les Sables d’Olonne drew to a close this afternoon with the arrival of the final competitor, Miranda Merron (Campagne de France). This unique race, born out of the rather special context created by the health crisis, certainly fulfilled its brief as a major proving ground with less than 4 months to go until the start of the Vendée Globe.

The sailors had not competed in a singlehanded race for more than a year. In this Vendée Globe year, where it’s crucial to flesh out your preparation if you are to take on the round the world race with confidence, the health crisis unfortunately created obstacles for all the different programmes. This is especially true of the sports schedule, which comprised two singlehanded transatlantic races, both of them having to be cancelled ultimately. It is within this context that the Vendée-Arctique-Les Sables d’Olonne was created after several weeks of joint deliberation between the Class IMOCA , the sailors and the Vendée Globe protagonists. Organised by the Class and the company Sea to See, this unique work fully satisfied its brief as a preparatory race, and a lot more besides…

This very special course – a triangle around the North Atlantic culminating within the confines of the polar circle, at 62 degrees North – and designed to put both the sailors and the boats to the test in demanding and varied sailing conditions, proved to be a stage for an intense race from beginning to end. The first lesson: this ten-day clash saw the latest generation foilers win the day. Jérémie Beyou, champion in Les Sables d’Olonne, Charlie Dalin second and Thomas Ruyant on the third step of the podium, were embroiled in a close-contact battle, keeping up the suspense every day and through until the final minutes of the race off the Vendée-based port on France’s Atlantic coast. “It was very intense. I hope that the Vendée Globe won’t be sailed at the same pace because, guys, I’m not doing 70 days like this!” stressed Thomas Ruyant on his arrival dockside in Les Sables d’Olonne.

Second lesson: not far behind the top trio (6 competitors finished the race within 6hrs19), the older foiling boats also showed themselves to be very high-performance, such as Initiatives-Cœur, PRB and MACSF (before the boat’s boom broke in two), Seaexplorer – Yacht Club de Monaco and Maître CoQ IV.

Throughout the race, and from top to bottom of the ranking, everyone found their spot and enjoyed the challenge of racing within their own groups.

Ultimately though, the hierarchy in the Vendée-Arctique-Les Sables d’Olonne has a certain pattern to it. Indeed, it reflects the degree of technicality and the age of the boats, the sailing background of the racers and their experience sailing singlehanded, the coherence of the man/machine pairing and the overall level of preparation of the different projects.

A technical and physical test

The list of technical issues is not insignificant, but equally that was the purpose of this race: to assess the reliability and the state of preparation of the monohulls, to flesh out the jobs list for the summer refits, to break what would likely have broken before they take the plunge. “A blessing in disguise” said Kévin Escoffier (PRB) at the finish, who had to repair – among other things – a bulkhead which had detached itself from the bottom of the hull. “There is a long list of improvements to be made to my boat,” revealed Kojiro Shiraïshi. DIY coloured the daily lives of a fair few of the fleet. Some damage affected the performance and the end result for certain racers: the mainsail headboard track for Boris Herrmann and a broken boom for Isabelle Joschke. For others, it proved fatal. Out of the 20 sailors at the start, three had to retire from the race: Sébastien Simon, due to a broken starboard foil, Damien Seguin, due to the breakage of the alternator mounting and Armel Tripon due to structural issues (cracks on the hull’s forward section).

Life aboard: a challenge on the foilers

The skippers also became aware (once more) of the physical commitment required by the boats. The physiognomy of the course meant that the fleet was compelled to traverse right through the weather systems, be they a succession of fronts or zones of high pressure. This strategic exercise also gave rise to a number of sail change manœuvres. However, beyond the hot sweat at the grinder or up on deck, the sometimes harsh conditions involved in this sea passage around the North Atlantic revealed how difficult it is to live aboard the latest generation foilers: moving around, preparing food, sleeping aboard a noisy boat and the brusque and unpredictable motion are a seemingly impossible challenge. A challenge the skippers will have to be able to endure for at least 70 days around the world.
Finally, these 10 days at sea proved to be a goldmine in terms of the collection of data regarding performance: tests of the sail configuration, work on the speed polars…

This precious experience was just what the sailors were after. The Vendée- Arctique-Les Sables d’Olonne has provided a source of reassurance with regards their abilities and their level of commitment, as well as giving them back a sense of serenity, which had somehow got lost in the troubled times surrounding the health crisis. “I learned about myself and my confidence in my monohull. You come out the other side feeling in harmony with the boat,” admitted the winner Jérémie Beyou. Miranda Merron shared this sentiment at the other end of the ranking: “The goal was to get in some training and that’s job done. I couldn’t see myself setting sail on the Vendée Globe without doing a race like this beforehand”.

Three of them – and major players at that – had never before competed in a singlehanded IMOCA race: Charlie Dalin, Clarisse Crémer and Kevin Escoffier. This trio absolutely excelled in their baptism of fire. “I was surprised by my ability to go fast. I didn’t know how I measured up before the race” admitted the helm of Banque Populaire X.

A foretaste of the Vendée Globe

The race denouement was decided in line with the Nouch Sud buoy, the starting and finishing point of the Vendée Globe. With less than four months to go until the singlehanded, non-stop, unassisted round the world race sets sail  - and three months away from the opening of the race village! – this is symbolic to say the least. The solo sailors have had a bit of a foretaste of what awaits them this autumn and they were unanimous in thanking the organisers for offering them this test run, which is an essential part of their preparation. The Vendée-Arctique-Les Sables d’Olonne has proved very appealing. So much so, that the Class IMOCA is already considering another edition!

In the meantime, the sailors have set a date of 9 to 13 September in Lorient, for the 10th edition of the Trophée Azimut. Runs, a solo 500-mile passage and a lap of the Ile de Groix are on the menu. It will be the last sports clash before the big day of the Vendée Globe start on 8 November 2020.

*Forced to retired from the race, Sébastien Simon and Armel Tripon will have to complete a substitute course of 2,000 miles in solo configuration before 15 September to qualify for the Vendée Globe.

02.12A bittersweet arrival for 11th Hour…A dismasting, a damaged keel and a 13th …01.12An adventurous ride to MartiniqueDespite little time for preparation the …29.11Hard racing till the endDespite a small pulley breaking the duo …29.11A beautiful edition in a two year s…Reunited at sea, Eric and Clement took t…29.11Learning the ropesThe wind came into Martinique late into …29.11The match until the lineTime for Oceans crossed the line on Mond…
All news and videos