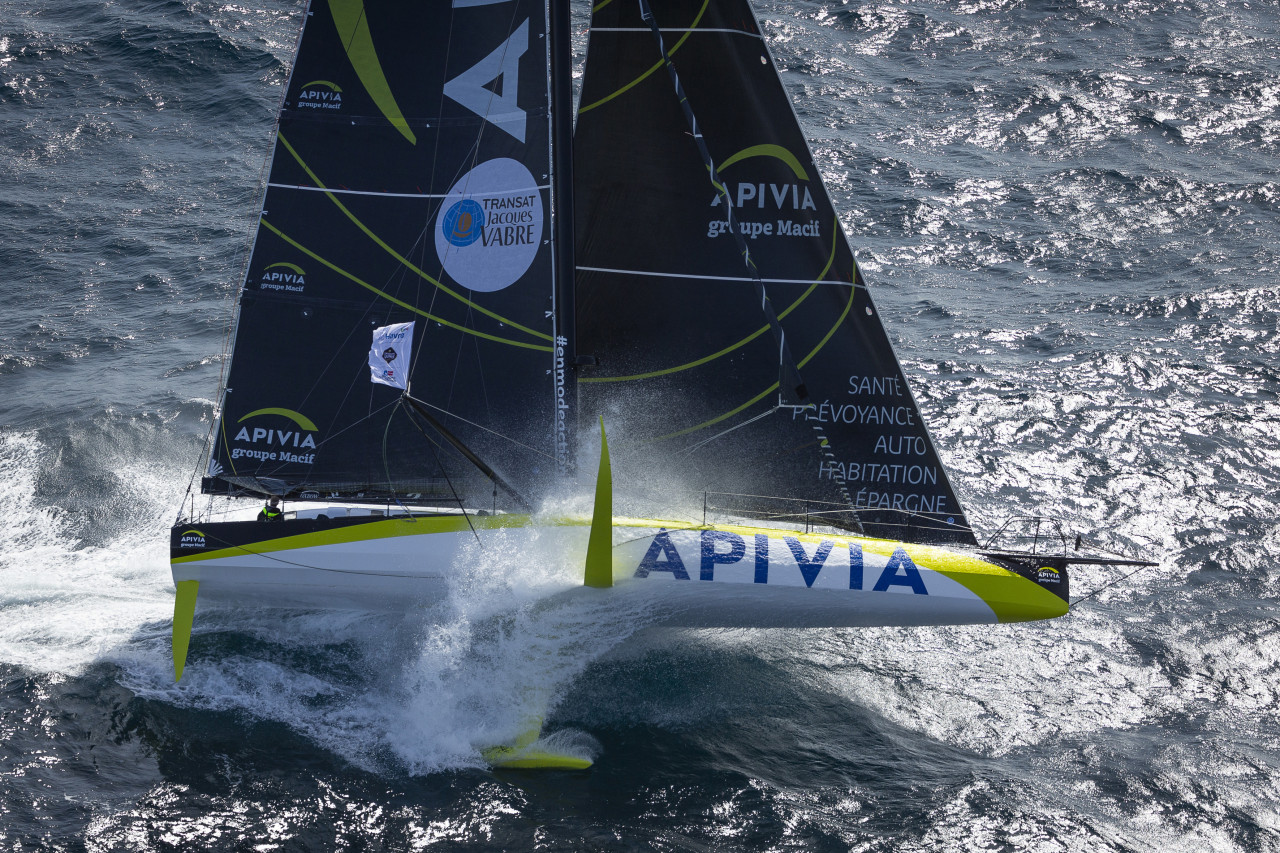 Antoine Mermod, President of the IMOCA class, replied on 12th March to Pascal Sidoine of the French sports daily newspaper L'Equipe to give an update on the class, the performance of the boats, the programme and, of course, the Corona Virus. Translation.

Some eight months prior to the start of the Vendée Globe, what shape is the IMOCA class fleet in?

"There are thirty-five applicants, including six women, for thirty places, plus the organiser’s four invitations. Ten or so nationalities are represented, among which are some serious contenders like Alex Thomson, Giancarlo Pedote and Boris Herrmann. In my view, the chances of having our first overseas winner have never been so good!"

Have all the competitors secured their budget?

“The standard is rising”

All in all, what is the standard of preparation among the skippers for the start to the season?

"Twenty-eight already participated in the Transat Jacques Vabre back in November. With the Vendée Globe selection system being linked to the Imoca Globe Series championship, we’ve considerably increased the number of participants in all the races. The standard is rising. We effectively have three categories. There are the top teams, who are operating within roughly the same time frame as four years ago. The middle group started earlier than usual, with solid projects and well-prepared skippers and boats. Finally, there are those who are yet to be fully funded."

Since the last edition and Armel Le Cléac'h’s victory, we’ve witnessed the development of the foilers. How many are there?

"Four years ago, out of twenty-seven boats there were seven foilers. This time, there should be nineteen, including eight new boats. With the second generation of foils, the boats are flying and the performance is lunar. They are impressive machines capable of posting peak speeds of 40 knots (74 km/hr)!"

Is victory for a traditional boat still possible?

"It’s going to be a real challenge. Like any mechanical sport, we’re constantly upping our game in terms of development. Some foils measure 7 metres in size and weigh 250 kilos (in carbon). For now, nobody has circumnavigated the globe with them to see if they last. Engineers, builders and naval architects have put in a massive amount of effort, but we’ll only really have an answer at the end of the Vendée."

“If we have to do things behind closed doors, thAt won’t change a whole lot for the skippers”

From Jérémie Beyou to Alex Thomson, to Charlie Dalin (winner of the Jacques Vabre with Yann Eliès), Sébastien Simon, Nicolas Troussel, Armel Tripon and Thomas Ruyant, there are numerous pretenders to victory in Les Sables d'Olonne.

"The Transat Jacques Vabre has given us a foretaste as it was an insane battle. There are four different designers with boats which don’t necessarily have the same strengths. The boats are quick and it’s going to be interesting to see how well the skippers can handle them. It’s going to be thrilling viewing."

Could the next two singlehanded transatlantic passages, which should enable a third of the fleet to complete the qualification process for the Vendée, be impacted by the coronavirus like other events?

We’re glued to the news, like any organiser. On the positive, things seem to be improving in China. However, we’re being forced to consider the matter, though we’re telling ourselves that if we have to do things behind closed doors, that won’t change a whole lot for the skippers! Next, there are two parts to these races, there’s the event publicity aspect on shore (in France and in the United States*) and the sports element. If need be, we’ll have to adapt. I think the races will be able to be run, even if the races have to be modified. However, we’re not at that point yet. To date, we don’t have the specifics and we still have a bit of time ahead of us. Let’s remain optimistic.”