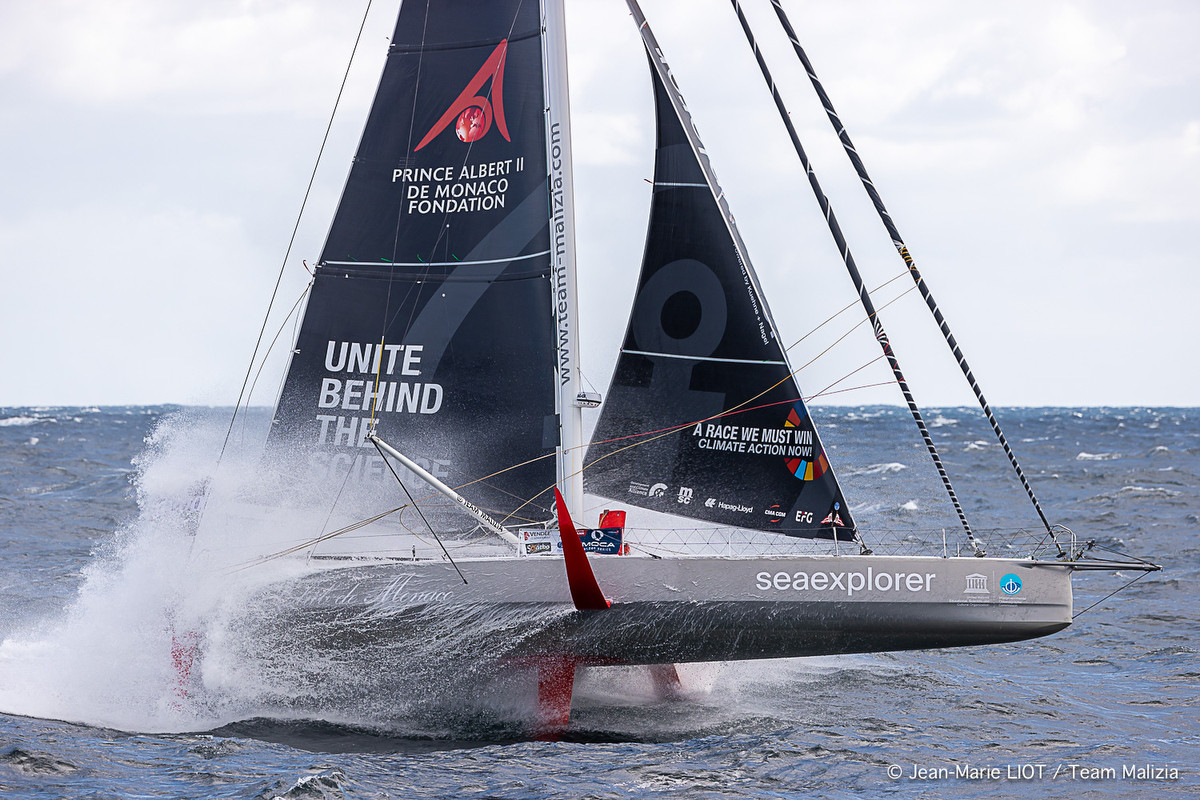 Only a small group of international top professional sailors could qualify for participation in this race. This extreme event fascinates millions of people around the world.

This is not the only race that Boris is highly committed to, with the motto "A Race we must win" and the UN SDG wheel decorating his yacht, Boris Herrmann focuses his energy on ocean research and climate change. The vessel is equipped with a SubCtech ocean sensor which collects ocean CO2 data on the high seas. This is transmitted to our partners at Max Planck Institute for Marine Research in Hamburg,Ifremer in France and to Geomar in Kiel. These institutes make this data available to research institutions around the world. The aim is to better monitor and understand the effects of climate change on the Ocean.

In 2018 Boris teamed up with Mama Earth Foundation to offset the team’s carbon footprint and paid to plant over 44,000 trees and mangroves over 2 years. Now he has gone one step further and created a long-term cooperation with the Mama Earth Foundation, which is based in the Philippines.

To mark the start of the Vendée Globe, a much further-reaching project is being launched: The Malizia Mangrove Park. In order to fill this park, the Mama Earth Foundation will plant one million more mangroves in Mati, on the south coast of Mindanao, where the first 44,000 mangroves have already been planted. The mangroves existing in the area will be combined in a protected park.

Mangroves are the "secret weapons" against climate change. They permanently bind large quantities of CO2 with similar levels of success to that of the tropical rainforests. They also form an important habitat for marine and coastal life and protect both the coasts, e.g. from tsunamis, and the reefs off the coast from destruction by sand inundation. The adjacent communities along the coast are involved and actively participate in this project.

At present, the first 100,000 mangrove seedlings are being grown in local tree nurseries, so that the next extensive planting can begin soon.

The aim is to generate donations during the race of followers offsetting their carbon footprints and, in the follow-up, that Boris' fans and followers will eventually have made the planting of one million mangroves in The Malizia Mangrove Park possible.

Mangroves have an incredible effect and are very cheap: 3 mangroves cost 1 Euro, 60 cost 20 Euro and 300 cost 100 Euro. Information about how to participate can be found on Boris' website and on the Mama Earth site.

The landing page is updated daily and shows, among other things, a countdown counter to show how far the action has progressed.